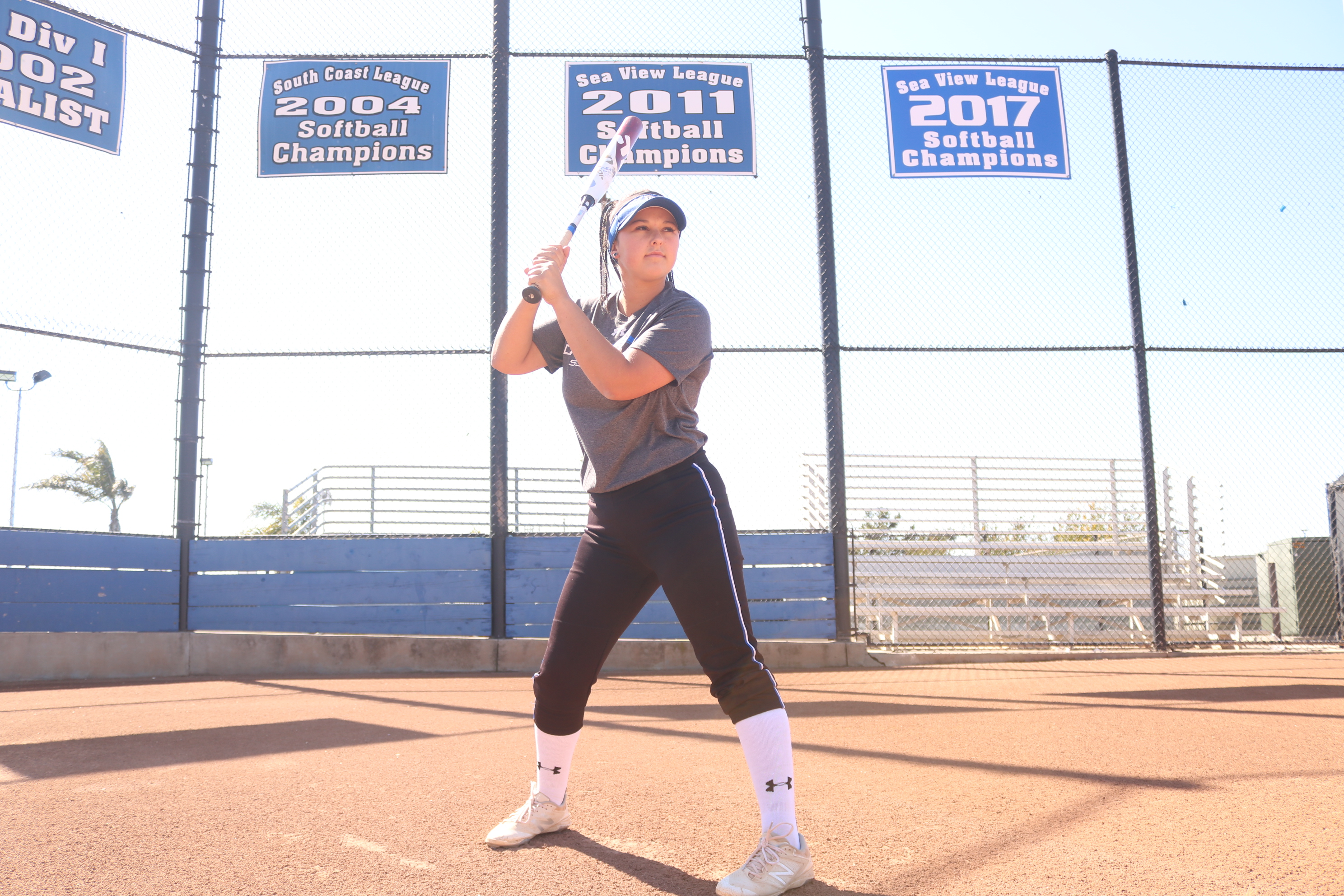 After leading the Dana Hills softball team in hits, runs, RBIs, doubles, triples, home runs and batting average last season, how can senior Cozette Zoch top herself? By doing it all again with somehow even better numbers.

The high expectation Zoch holds for herself is becoming a reality as the Dolphins (8-8) entered Sea View League play on Thursday, March 29.

“She’s been nothing but a no-nonsense, put-your-head-down-and-work, lead-by-example type of girl,” Dana Hills coach Brandon Cosenza said. “It’s been really refreshing. She’s the type of player that can come out here and act like she doesn’t need to work hard, but that’s not how she is. She takes every rep seriously.”

The Dolphins lost their top two pitchers from last year’s league champion and CIF-SS Division 2 semifinalist team, so Dana Hills knew it was going to need offense. The bats have come around recently, but Zoch has been setting the table for the Dolphins all season.

“She’s not your prototypical lead-off hitter where they’re quick and get on,” Cosenza said. “She has good speed on the bases, but she’s just so valuable. We put her in that No. 1 spot to try to turn over the line-up as often as possible and get her more at-bats. We’ve had success doing that.”

The standout highlight of Zoch’s season so far is her two grand slams six days apart.

Zoch hit her first in a 14-0 drubbing of Northwood on March 10 as part of Dana Hills’ run to the Northwood tournament final. The second one came in a 15-4 win over Beaumont on March 16 and showed why it’s a bad idea to lock horns with Zoch.

“The pitcher was kind of ticking me off,” Zoch said. “She was just smiling at me, almost hit me a couple of times. So I was like, you know what? I’m going to win this battle. I came up there, and she threw an outside pitch. Actually, the girl that was on second base pointed to the outside, so I was ready, swung and hit it over.”

Dana Hills opened league play against Trabuco Hills on March 29. Results were not available at press time. The Dolphins don’t take the field again until after spring break at San Juan Hills on Thursday, April 12.

While the league should be more competitive this season, the Dolphins are expected to repeat as league champions and should with seniors Zoch, Jessie Nagel, Cameron Cecil, Tori Sickmeier and Dani Delafuente leading the offensive charge and junior Terra Goetz holding it down on the mound.