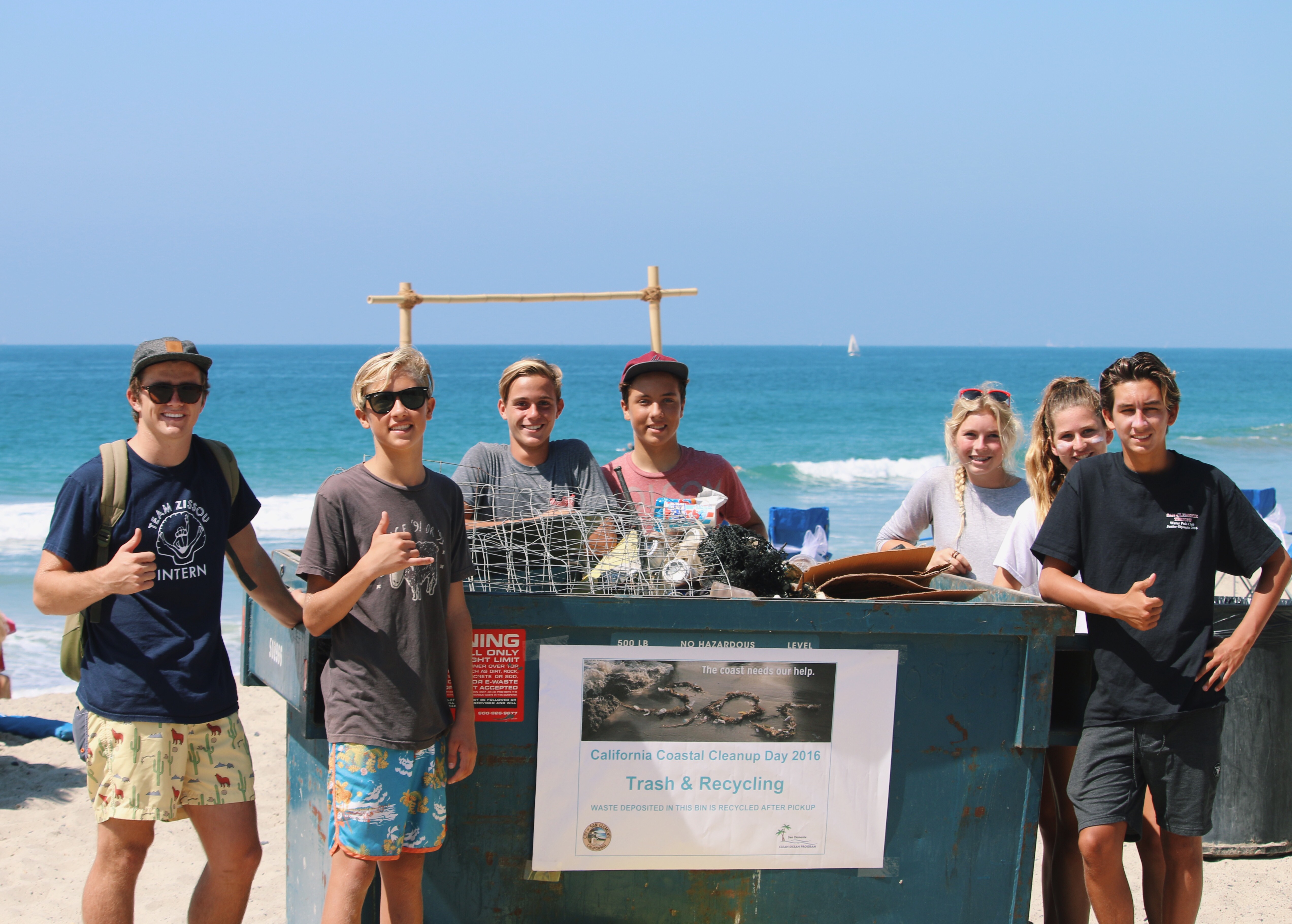 From small initiatives to large, long-term impacts, check out what South Orange County youth have been working toward to make their future greener.

The campaign ‘Plastic Free CUSD’ started with Team Zissou, which after reaching out to multiple alternative water-bottle companies, came upon JUST water, which uses paper-based water bottles, Team Zissou member Jackson Hinkle said. Partnering with JUST water, a handful of CUSD schools tested the response to the new product for a week and the response was overwhelmingly positive, Hinkle, 18, said.

After the testing periods, CUSD made the switch to being completely free of plastic water bottles. JUST water CEO Ira Laufer said CUSD is the first school district to entirely make the switch.

“It’s absolutely fascinating and amazing,” Laufer said. “We’re encouraging more and more of that; I wish every school district had such initiative. Since then, we’ve taken a major step reaching out to more school districts.”

Now that CUSD is converted to paper-based water bottles, it saves about 8,541 pounds of plastic each year, according to a U.S. Environmental Protection Agency Carbon Calculator.

Going forward, Hinkle said that he will continue to educate students on the effects of plastic water bottles, in addition to encouraging youth to enable change. Hinkle and Jaden Smith, co-founder of JUST water, have visited Shorecliffs Middle School to talk to students and they plan to visit more local schools.

“Youth should get involved as much as they can with making change on any level because I feel like a lot of times youth feel like they can’t make a lot of change because of their age,” Hinkle said. “But sometimes youth can change even more.”

Ryan’s Recycling Company, the San Juan Capistrano recycling center created by 8-year-old Ryan Hickman and his family, is still on the road to recycling as many cans and bottles as possible.

Ryan, a third-grader at Ambuehl Elementary School, started the recycling center in 2012 because of his passion for collecting cans and bottles. In recent years, Ryan’s Recycling has been thrusted into the spotlight, having been on the Ellen Show and other national media outlets after The Capistrano Dispatch wrote the story in the 2016 Green Issue.

Now, after recycling 320,000 cans and bottles with nearly $6,000 donated to the Pacific Marine Mammal Center, Ryan has started a campaign to challenge the community to recycle 300,000 cans and bottles with him. His goal is to nearly double the total number of the center’s 300,000-plus collection over the past five years. All proceeds will go toward the Pacific Marine Mammal Center with the goal of $28,000.

“It’s really important to recycle and keep wildlife from being affected by pollution,” Hickman’s campaign website states. “I’m doing my best to clean up our beaches and protect the planet and I hope you will join me.”

Damion Hickman, Ryan’s father, said that students at Ryan’s school have joined in on helping recycle, but the efforts have gone nationwide.

“Since his story went viral over a year ago, he’s received thousands of emails each day. One of the things we found was that people in other states don’t know how to get started (with recycling) and the more we looked into it, we found out that some states don’t take plastic bottles.”

To join the challenge, locals can donate directly online at www.beadoer.io/ryan and log how many recyclables are collected. The challenge ends on May 1.

Dana Hills High School senior Millad Shokraee, 17, was one of some 15 to 20 students who were involved in a project to implement solar panels at each CUSD high school.

The project was approved unanimously by the CUSD board of trustees on Dec. 6, 2017 to award an $18 million contract to REC Solar Commercial Corporation, a solar energy firm based in San Luis Obispo, for the conversion of six high school campuses and the district headquarters to solar power. Shokraee said he got involved with the project about five months before it was approved, and that with collaboration with students from other CUSD high schools, it took nearly three years for the project to get pushed through.

Shokraee credits the group’s persistence and professionalism at CUSD board meetings and other outreach to the success.

“The fact that we’re students being able to enact so much change from the grassroots level, starting out on our own gave us so much credibility,” Shokraee said. “It’s always a good idea to get involved with things at your school because you’ll be able to socialize with more people and be able to incite change within your community at your own level. Whether it’s solar panels, or anything else.”

At a CUSD board meeting on March 14, 15 students were recognized for their participation in the solar project, including Shokraee.  At the meeting, CUSD Chief Communications Officer Ryan Burris said that once completed, the solar project is estimated to save $849,000 per year, which will be invested in campuses and classes.