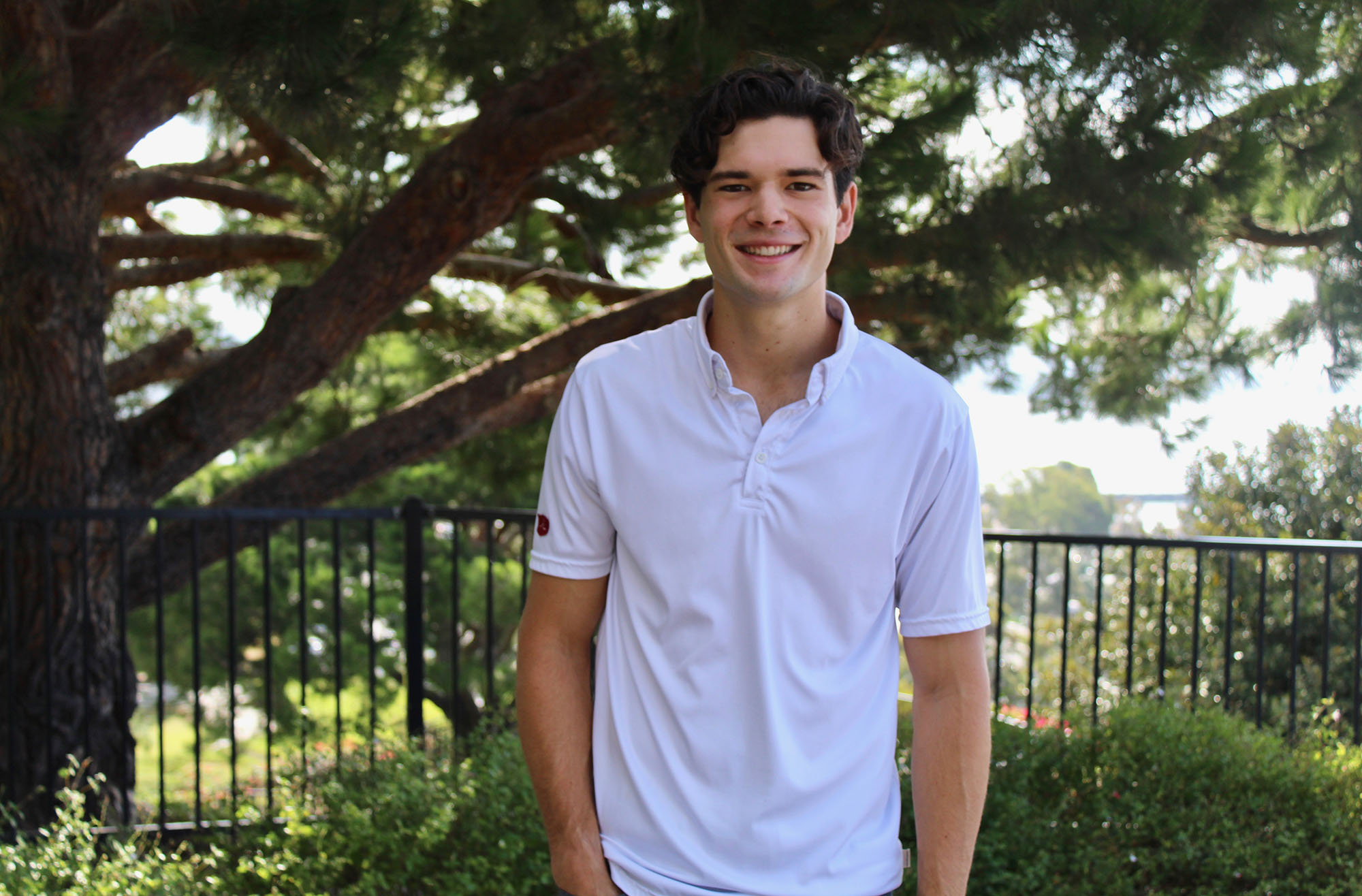 Quentin Hill, a Dana Point resident, discovered his skill for business at 15 years old. Now, at 21, his ongoing accomplishments are only the beginning.

Hill and his family moved from Charlotte, North Carolina to Dana Point in 2015, where he then attended Dana Hills High School. Hill played for the DHHS golf team, attracting interest from the San Diego State University head golf coach, who recruited him to join the Aztecs’ Division I golf team.

Upon attending SDSU, Hill’s success would only continue to grow.

It was during his freshman year at DHHS that Hill created his first business, Convenient Clubs. Now, about seven years later, Convenient Clubs sells products to consumers throughout the U.S. and 48 countries worldwide.

The concept began when Hill started a job at a local golf apparel store in Laguna Niguel selling, cleaning and appraising golf clubs. He was quick to realize that he could do similar, efficient work in a shorter time, gaining a larger profit.

He purchased used golf clubs from garage sales, neighbors and online sites, which he then refurbished himself to sell to his high school teammates and third-party sites such as Amazon and eBay. His consumer base grew so quickly, he curated a website and started advertising.

“I was always super passionate about sports, then through high school, I balanced sports and business equally,” said Hill. “Then when I got to college, I was kind of at a point where, ‘OK, the harder I work at business, the more the businesses progress.’ ”

Going on to attend SDSU, Hill participated in and caddied for golf tournaments in Carlsbad. At one tournament, Hill encountered Burt Lamar, the then-CEO of Iliac Golf, a highly renowned golf apparel company that designs one-of-a-kind artisan work.

Hill expressed enthusiasm for Lamar’s company and eventually reached out to Lamar for a possible business inquiry. In exchange for Iliac products, Hill would model its apparel.

In the early months of 2022, Hill became responsible for the financial aspects of the company and grew to own 51% of the shares—making him the majority owner and CEO of Iliac Golf. He also runs the day-to-day operations, finances and other internal procedures.

Some of the other shares are owned by Hill’s father, William Hill, and Hill’s finance professor from SDSU, who stayed two hours after every class going over the numbers for Hill’s own businesses. Iliac products are sold in stores domestically and internationally.

“I was drawn to the point where if you work hard, it seems to be that good things happen,” Hill said. “I’ve definitely been lucky, my family is very supportive, and different people that I have met have been willing to help or want to be a part of the business in some way.”

Hill not only does business inquiries but charitable ones, as well.

During the height of the COVID-19 pandemic restrictions, Hill’s sister,Jaden Hill, came to him with a desire to help the homeless and contribute to the reduction of plastic bottles. Why not put them together?

They combined their creativity and developed a local charity: “Jesus in a Bottle.” This nonprofit foundation delivers reusable water bottles, protein bars, toothbrushes, toothpastes and masks to those in need.

Hill started by contacting local vendors, such as his dentist’s office, to see if it would be interested in a partnership. His previous neighbor in North Carolina, the founder of ONE protein bars, became a main partner, as well as Hill’s other company, Hidden Gems Sportswear.

Hidden Gems is a vintage sports jersey and apparel digital store, established in 2019. Hill developed the concept when he caddied for a friend, Hailey Borja, in a Carlsbad golf tournament.

As a thank you, Borja’s family took him to pick out a jersey from their sports company,Mitchell & Ness Nostalgia. Seeing that there was an immense amount of extra inventory in the warehouse because of import and export issues, Hill decided to purchase the extra items. Hill is now contacted when overstock becomes available and sells the purchased items through Hidden Gems.

“It started out with us buying just a few boxes, and then we ended up owning five storage units in San Juan Capistrano,” Hill said. “We just got lucky with timing; they were having this issue, and we could help them with that, and our customers were stoked to get a great product at a great price.”

T-shirts, hats and other inventory that Hidden Gems doesn’t sell within the first 30 days of advertisement are donated to Jesus in a Bottle.

“With the charity, it’s instantly rewarding,” Hill said. “Giving out Brooklyn Nets hats, and one guy tearing up because he’s from Brooklyn—it’s cool to meet somebody like that and hear their story … the people are definitely the most rewarding piece of it.”

Jesus in a Bottle has held donation drives, shoe drives and other outreach events across various university campuses. This charity has grown throughout multiple states, and Hill’s hope is to develop distribution centers in those states to bring more awareness and assistance.

“It’s been neat just to kind of connect with all these different people, and everybody has a passion, everybody has talent,” Hill said.

Hill’s hope for the future of his companies and charity would be to grow them simultaneously. He would like to continue to scale off the businesses, develop more departments within and start to sponsor world-renowned golfers, all while sticking to the original business mold: community.

“If you’re going to spend 8-5, the majority of your time that you’re awake and 100,000 hours of your life, I would say it’s so important to do something that you truly love doing, and I got lucky to find that early,” Hill said.