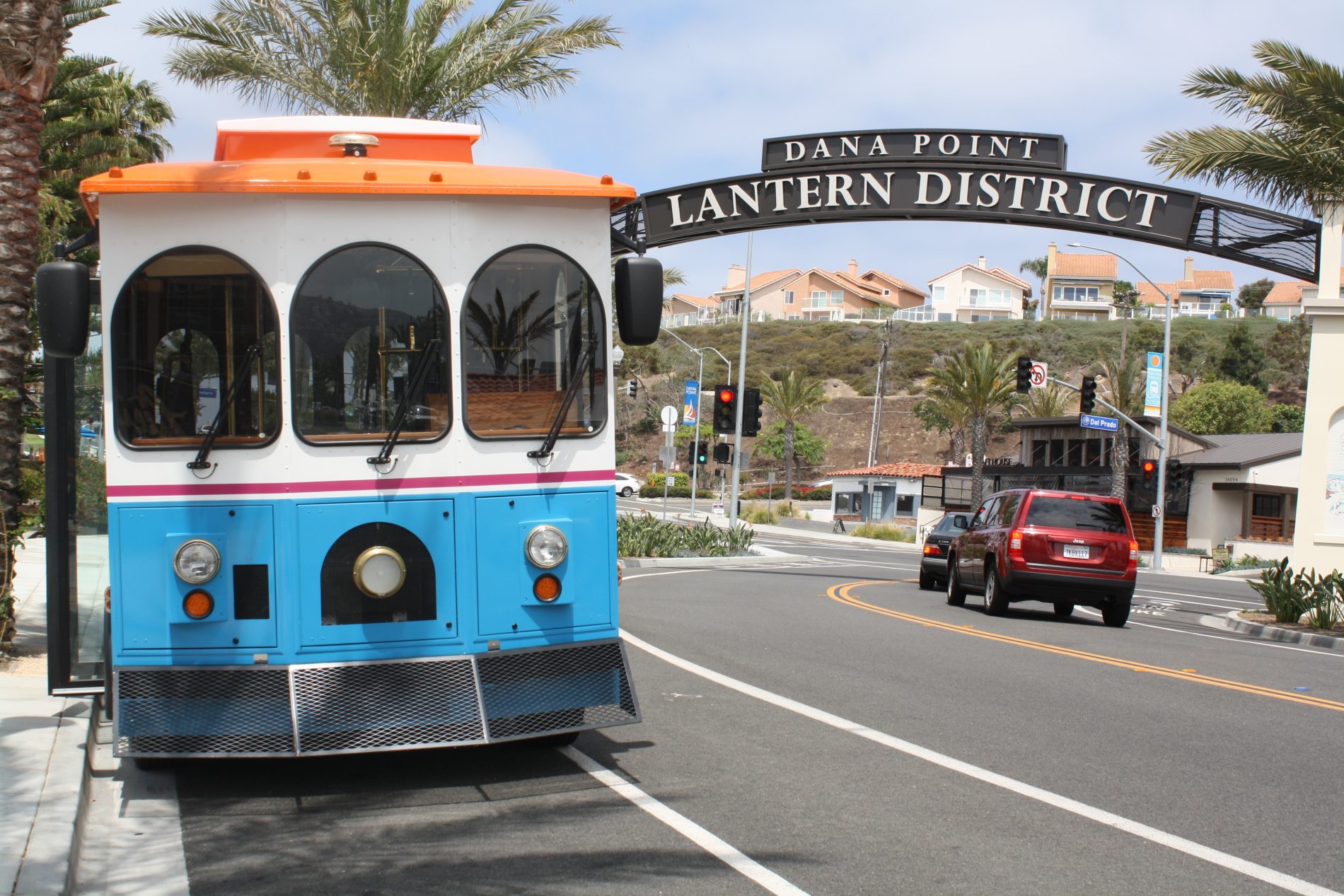 With the New Year rolling in, the Dana Point Times took a look back at the year 2016 to revisit some of the biggest stories of the year.

Changes for the Lantern District (or Town Center) started when the City Council voted unanimously to prepare a ballot initiative, which would compete against the Town Center Initiative in the June primary election. In February, the Council voted to put the vying measure on the ballot.

Leading up to the June election, there were copious amounts of signs, multiple meetings, letters to the editors, videos, social media postings and, generally speaking, many examples of democracy in action. Measure H was the citizen-led initiative to reinstitute county parking standards and enforce building codes laid out in the Town Center Plan. Measure I was the city-backed initiative that married a new parking plan with the original Town Center Plan. On June 7, the voters headed to the polls.

Voters in favor of Measure H, the Town Center Initiative, came out on top with 6,477 votes (58.7 percent) while Measure I received 4,561 votes (41.4 percent). The measure was approved by the California Coastal Commission in September.

The city also touted the acquisition of 103 shared parking spaces in the Lantern District as of May.

2016 was a major election year for not only City Council, but also seats across the county and state.

Debra Lewis and Paul Wyatt were voted as the two candidates to fill open seats on the City Council after Scott Schoeffel was termed out and Carlos Olvera chose not to re-run for his seat. Lewis received 7,878 votes (31.6 percent) and Wyatt received 7,544 votes (30.3 percent).

The Dana Point Harbor saw its ups and downs this year, that’s fair to say. There’s been construction, as part of an ongoing revitalization project, but throughout the year, there were also annual local favorite events like the underwater cleanup, the parade of lights, the Turkey Trot on Thanksgiving and more—let’s also not forget about the idea to install inflatable air dancers to deter sea lions from perching on docks.

The Harbor revitalization project is something that has been in planning stages for years. In March, the county issued a formal Request for Qualifications to find a candidate to form a public/private partnership for the project. In June, the county held an official ground-breaking ceremony for the Dana Point Harbor Revitalization project, and work began on July 5.

Over the summer, the Orange County Board of Supervisors approved to reorganize the Dana Point Harbor and move it back to the county’s parks department.

In May, an audit report from the Orange County Auditor-Controller’s office found that some local and county officials, and their friends and business partners, had participated in an unauthorized discount program with the county-owned Dana Point Harbor Marina Inn. Rates were offered at $35 and $50 per night, and a total of 988 nights were booked at a discounted rate from 2009-2014, which cost the county over $62,000 in lost revenue. Former Dana Point Police Chief Lynn Koehmstedt stayed 159 nights in a suite at the discounted rate. Harbor Director Brad Gross retired from his position the day after the audit was released.

On a lighter note, the end of summer brought a celebration of time with the opening of the Harbor Time Capsule. A ceremony was held in Baby Beach as officials from the city and county presented the items to the public.

In April, the city and California Coastal Commission (CCC) came to an agreement that ended six years of litigation regarding the Strand Beach access gates. The settlement guaranteed four routes of public access to the beach while allowing the city to maintain local control. It designated hours of operations and $300,000 in other mitigation measures including signage, bike racks, benches, enhanced trails and other improvements.

But in December, the city ultimately removed the gates after the CCC voted against the retractable gates.

Also in December, the city reached an agreement with the Surfrider Foundation regarding the hours of access to Strand Beach. In the settlement, which went into effect on Nov. 22, the city agreed to pay Surfrider a one-time payment of $150,000—one-third of Surfrider’s attorney’s fees.

And in August, the city announced they were filing a lawsuit against Strand developer Sanford Edward and said he did not uphold an indemnity agreement. In September, Edward filed a counter lawsuit against the city and said he was “fraudulently billed” more than $600,000. After saying Edward wanted to enter mediation with the city, the city agreed in October, only to have Edward withdraw his offer in November saying the city only agreed to the talks as a “publicity stunt.”

The saga surrounding short-term rentals (STR) has been ongoing for years. In 2016, there appeared to be a solution when the city approved two ordinances allowing them and codifying rules regarding their use. But the Council repealed the ordinances after a successful citizen’s referendum.

In April, the California Coastal Commission conducted a hearing and approved of the city’s Local Coastal Program Amendment (LCPA) regarding STRs with suggested modifications. In May, the city introduced those modifications with a first reading of the ordinance.

The Council tabled the second reading after a two-hour discussion. The Council then met inside the Community Center with residents in September. There, the Council voted in a 3-2 vote after more than 70 residents requested to speak on the matter.

In November, the Council repealed the ordinances when a referendum asking them to do so (or to put STRs to a vote of the people) received enough signatures. The Council said that those who are short-term renting their home could continue to do so but the city put a moratorium on issuing new permits.

Some significant personnel changes occurred on city staff this year.

In April, Kevin Evans, the Community Services and Parks Director, retired after working for the city for 27 years. He started in the city in January 1990 as a recreation supervisor for then-Capistrano Bay Park District.

In September, during a City Council meeting, it was announced that Brad Fowler, the director of public works, would retire at the end of the year.

Just a few short weeks later, the city announced City Manager Doug Chotkevys was retiring and agreed to do so in lieu of termination. The announcement came just after the city approved a deputy city manager position and filled it with former county Chief Operating Officer Mark Denny. Denny replaced Brad Gross as Interim Harbor Director when Gross retired.

Doheny State Beach has had a busy year as well with beach cleanups, surf festivals and multiple music festivals ranging in style from blues to country.

There’s also been a lot of work done on a potential desalination plant.

In March, the South Coast Water District released a Notice of Preparation of an Environmental Impact Report (EIR) for a proposed desalination project. The district unanimously approved a task order to begin the EIR in August, which totaled at the time $730,675 with a 10 percent contingency.

In September, Poseidon Water, a major water project developer, sent a letter of interest to the district to enter a public-private partnership for the plant.

In November, the district approved of a task order to conduct workshop number five to answer questions raised by the board, present results of a Value of Money Analysis and more. The workshop has not yet been scheduled.

In 2015, the city began discussing the idea of revitalizing Doheny Village with design charrettes and meetings with Opticos Designs.

This year, the city continued its discussions with Dana Point residents to go over the zoning based code for the area.

In May, the Planning Commission approved a development permit to demolish the Dana Party Supplies building as part of the revitalization.

In November, the city held another meeting to gather residents’ support before moving forward. The city said they needed to conduct an Environmental Impact Report before the project goes to Planning Commission and the City Council. Current plans call for an urban walkable area with spaces carved out for “makers.”