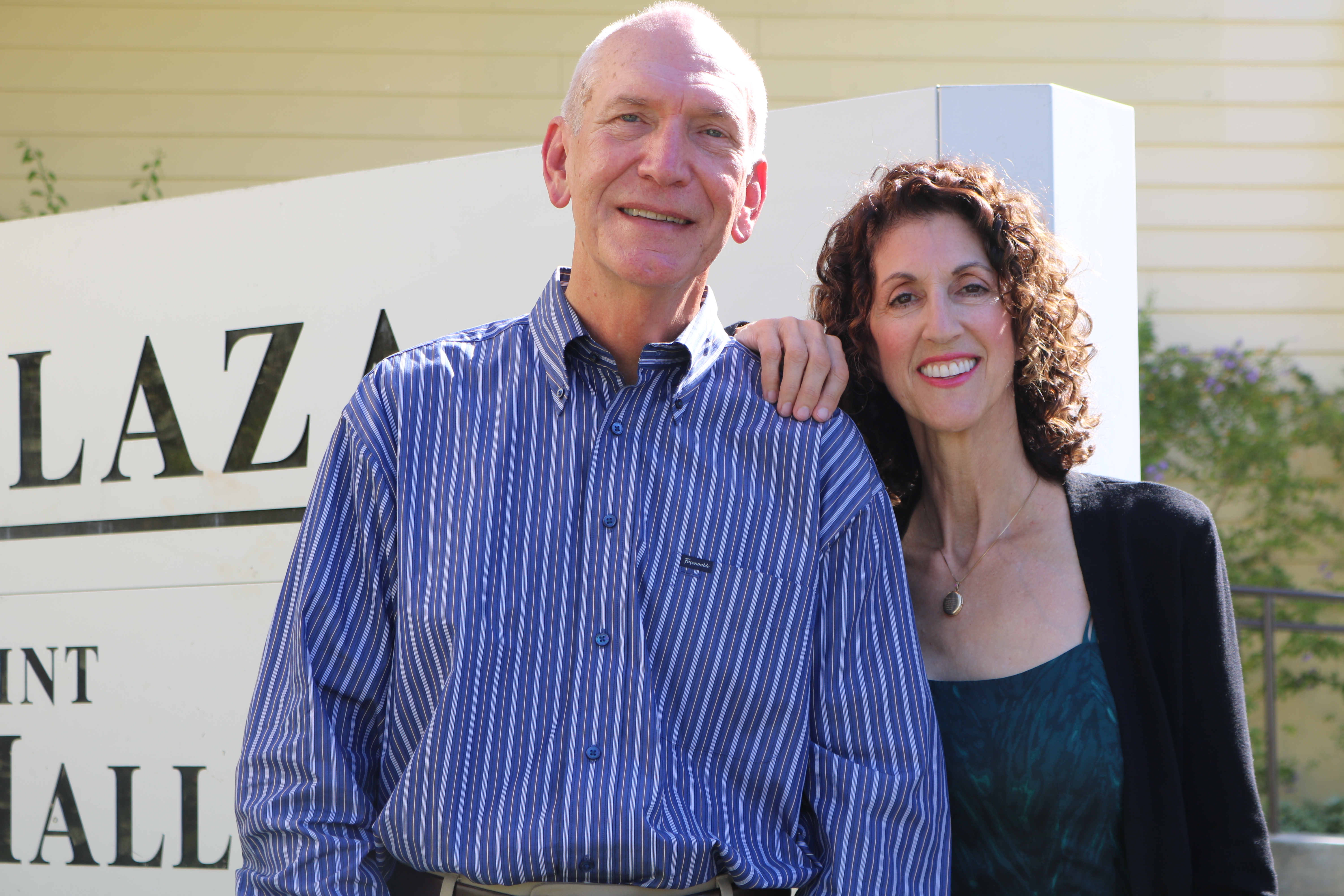 On Nov. 9, Debra Lewis and Paul Wyatt smiled as they stood in front of City Hall. Just hours earlier, on Election night, their names had received the most votes from Dana Point residents for two open seats on Dana Point City Council.

On Election Day, more than 18,000 Dana Point residents hit the polls and cast their votes for two new Dana Point City Council members. The numbers began to roll in shortly after 8 p.m. Tuesday, but there was a lull in the reporting until about midnight Wednesday.

“When the first numbers were released, and we saw there was a slight jump, I was able to relax a little,” Wyatt said on Wednesday.

Lewis agreed and said there was a lot of hugging and cheering going on when the numbers were first released.

“It felt really, really good,” Lewis said. “I thought, ‘this is going to go the way we want it to.’”

Lewis and Wyatt agreed to run for the two open seats together. Lewis said it was a condition for her to run for one of the seats.

“I wanted to run with Paul as a team,” Lewis said. “We met and discussed it, and we both agreed this was the best approach.”

She said she heard of some people expressing concerns over the two running together, but she believed it was the right thing to do.

Wyatt said he’s excited to begin the journey as a Council member.

“It’s a little bit intimidating, but I think I’m up for the challenge,” Wyatt said.

Both say they spoke with a lot of Dana Point residents about what they want to see in the city and what some of their biggest concerns are.

“When we were knocking on doors, we heard a lot of ‘Have you tried to work with the city? They make it unpleasant to work with.’ This is the kind of culture we really want to change,” Lewis said.

Wyatt said he’s excited to turn the attitude around.

“I’m most excited about really trying to rebuild the city’s attitude toward its residents,” Wyatt said. “I get the feeling that the residents feel that they are a bother to the city. We have to turn that around.”

Lewis and Wyatt have worked together in the past on Measure H, the citizen-led “2015 Town Center Initiative,” which passed during the primary election in June.

Other candidates commented to Dana Point Times on the outcome of the election. Nadia Khalil said she loved the experience and the knowledge she learned from the election.

Michelle Brough said she was proud of the “positive campaign” she ran.

“I wish Paul Wyatt and Debra Lewis the best of luck,” Brough said. “I hope that they work at putting aside their anger in order to narrow the schism that has developed in our beautiful city.”

Penny Maynard said she hopes the divisiveness from the June primary will be put behind everyone.

“I hope that the Council will work together to better the quality of our community and the economy,” Maynard said.

The Registrar of Voters will need to certify the votes before City Clerk Kathy Ward can certify the election results. Certification may not occur until December.