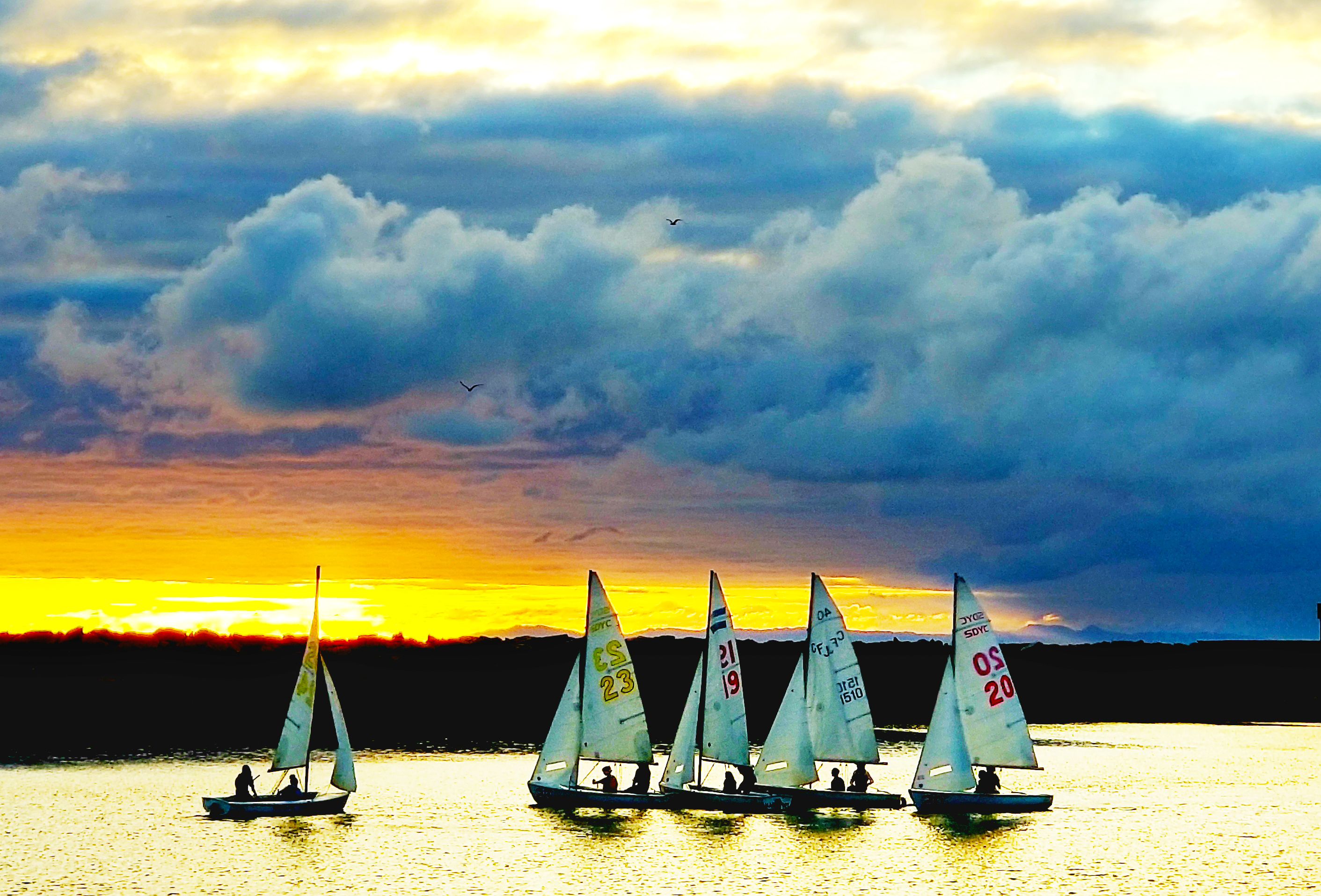 The Dana Hills High School (DHHS) Sailing Club, currently made up of only seven DHHS students, has a mission statement that is shared with many sailors around the world, regardless of age or coastal community. Their purpose is to teach youth—or in this case Dana Hills High School students—to respect and love the ocean and sport of sailing as well as learn how to sail and race while being safe on the water.

Carsen Lenthall, 16, president of DHHS Sailing Club, says the largest difference in sailing versus other recognized high school sports lies in the preparation.

“The biggest difference between the two, for me, is the preparation for regattas versus games,” said Lenthall, who also plays football for DHHS. “In football and almost every other school sport, you prepare for the team you are playing against, whereas in sailing you don’t prepare as much for the other teams as you do for the weather conditions and the place you are sailing. For example, sailing in San Diego is much different than sailing here in Dana Point because of how the landscape can affect the wind and cause wind shifts throughout the course. In sailing, the environmental conditions and the weather can be a competitor all its own.”

One of the DHHS Sailing Club’s founding members, Lenthall emphasized the variety of skill sets improved through sailing.

“There’s a thrill, and some risk, when sailing out on the ocean in the natural elements that you don’t get when interacting with technology. Some of the most exciting moments are when the winds are high and the swells are big. This is when you’re going fast and on the verge of capsizing, and sometimes when you do capsize it can be a challenge to flip the boat back over. In the end, the partial fear and struggle is what makes it fun.”

The Dana Point Harbor Youth Foundation (DPHYF), a 501(c)(3) charitable organization, raises funds that go toward the purchase of boats and equipment that Lenthall and his club may charter. DPHYF also offers scholarships for those that need financial assistance.

Dana Point Yacht Club (DPYC), the official yacht club sponsor of the DHHS Sailing Club, provides expert in-house coaching for a variety of local high school programs. This, in addition to guest-coaching from former graduates such as David Cornella, a DHHS graduate in 2013, has empowered members of the small DHHS Sailing Club to quickly find themselves upon the finalist podium.

For instance, Lenthall was named the 2017 DPYC Junior Yachtsman of the Year, alongside his younger brother Riley who placed second in the Richard Henry Dana Charity Regatta this past August.

As he humbly recognized his successes, Lenthall voiced that he sees potential for the DHHS Sailing Club to benefit by being officially recognized as a sport by the school.

“I’m very interested in making sailing a sport at our school,” Lenthall said. “It would bring more attention to our team by the students, teachers and parents, and elevate it to the level of other school sports. I hope we can continue to recruit sailors to our team, build on our skills and compete well against other established teams in the area to make our school proud.”

As he looks forward to potentially joining the more than 70 recognized high school sailing teams between San Diego and the San Francisco Bay area in the future, Lenthall maintains a sense of pride with what he has contributed to his home community.

“I hope (DHHS Sailing Club) succeeds so that after I leave, other kids will have an opportunity to experience everything that I have with sailing.”