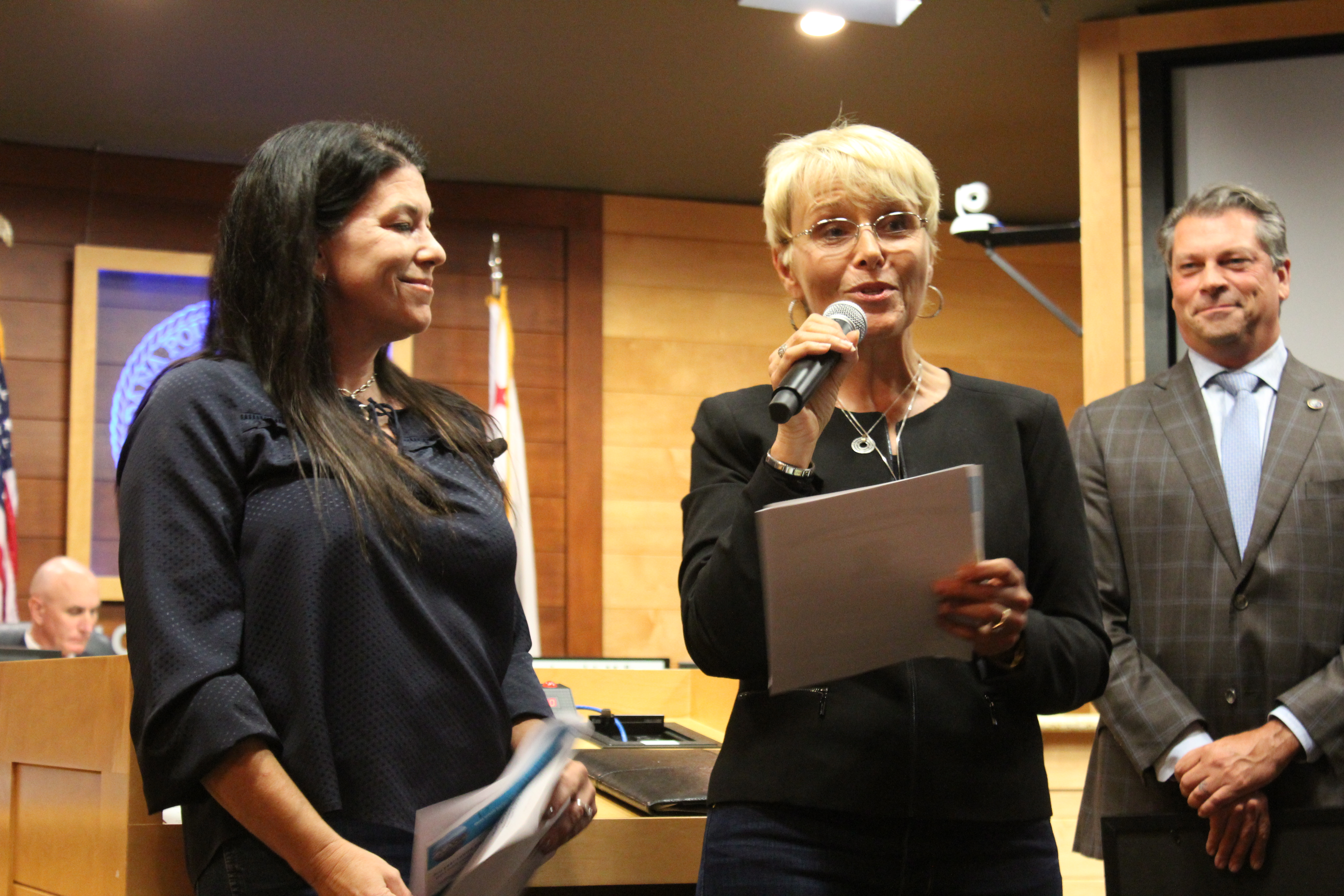 “We are here tonight to present to you ‘Dana Point: the Dolphin & Whale Watching Capital of the World’ as a registered trademark,” Kalez said. “With the variety of year-round whales, more dolphins per square foot than anywhere else in the world, pristine coastlines, calm seas, the first and longest-running annual Festival of Whales and a captivating harbor minutes away from the open ocean, Dana Point is the Dolphin and Whale Watching Capital of the World.”

Dana Point has more dolphins per square mile than anywhere else in the world, with 450,000 off the coast of California. With the high density of dolphins, Dana Point has put the “dolphin stampede” on the map through viral footage of the phenomenon in which pods of dolphins emerge and submerge repeatedly.

Both city council and Orange County Chairperson and 5th District Supervisor Lisa Bartlett presented Kalez and Anderson with proclamations for their yearlong efforts to secure the trademark.

Logo panels that say “Dana Point World’s Whale Capital” were also installed as part of the Caltrans Adopt a Highway program. Look for signage near the off-ramps of Interstate 5 in Dana Point.