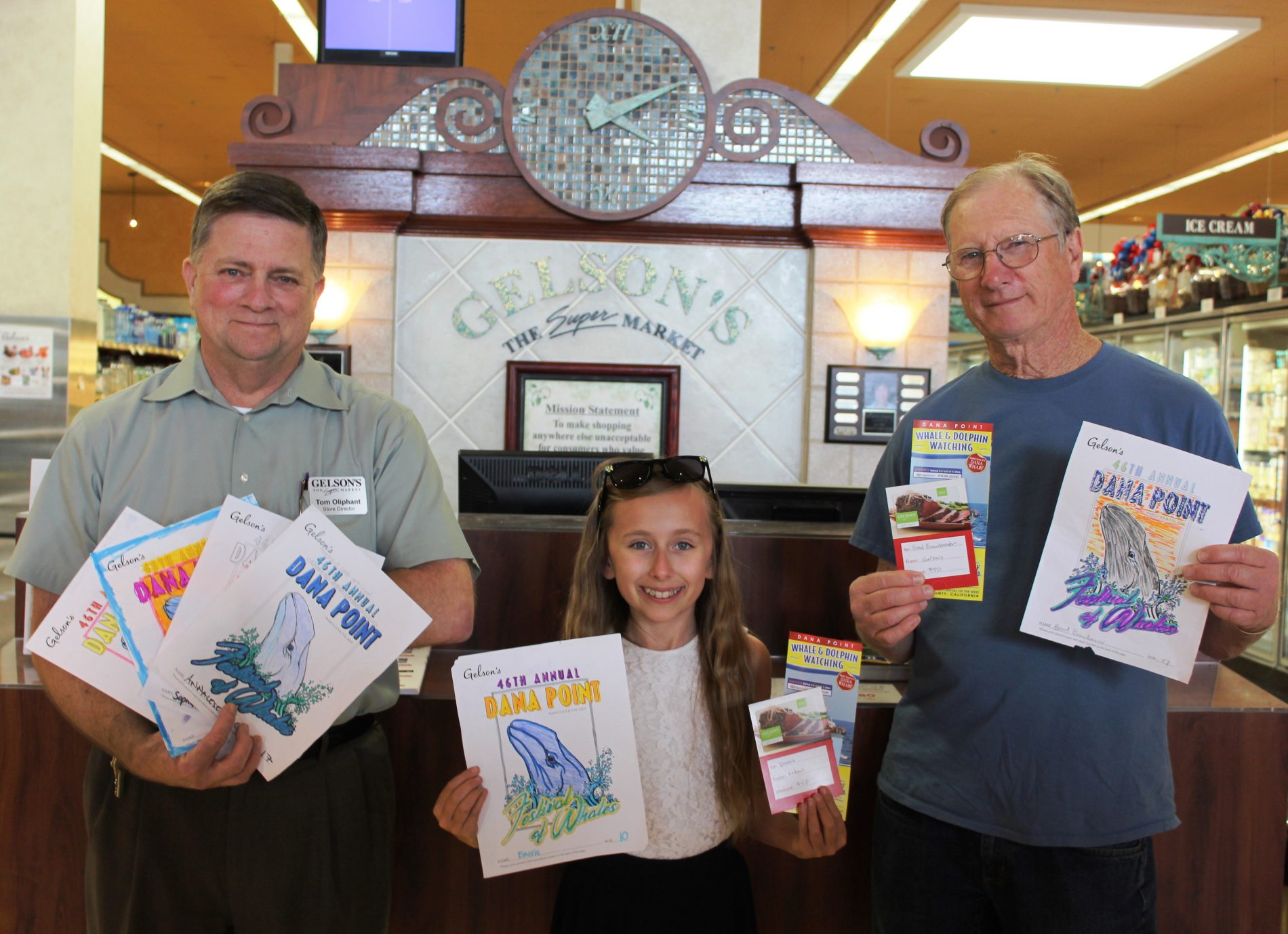 The winners were announced on March 15. The contest had six age divisions, including one adult category.

Each winner received a $50 Gelson’s gift card and a whale watching adventure for four from Dana Wharf Whale Watching or Captain Dave’s Dolphin and Whale Safari.