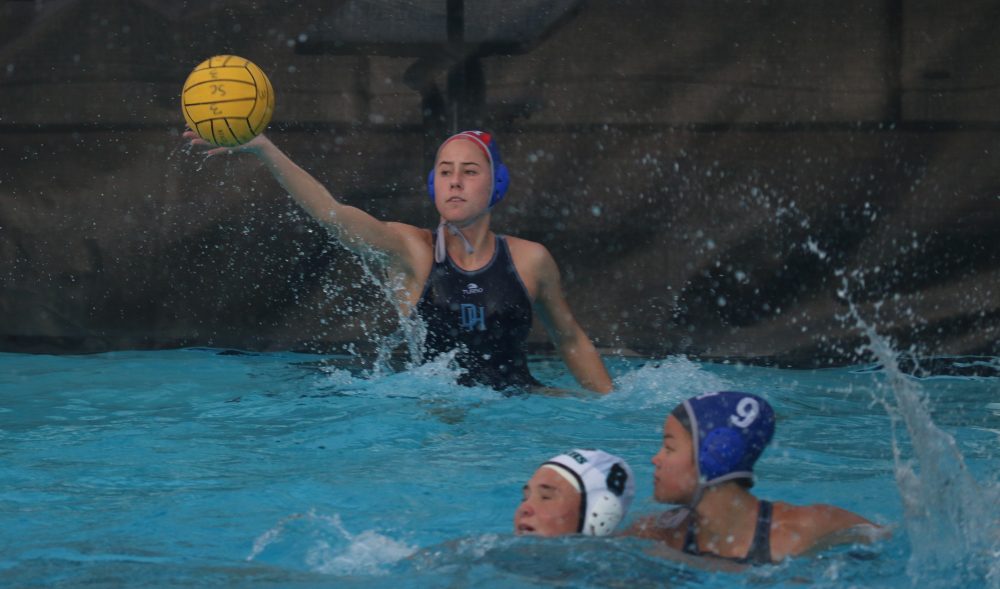 Will They Rule the Pool?

For the first time in program history, the Dana Hills girls water polo team will play for a CIF-SS championship.

The Dolphins went on the road on Wednesday, Feb. 13 and defeated Pasadena Poly, 11-9, at Pasadena City College in the CIF-SS Division 4 semifinals to advance to their first-ever CIF-SS Final. It was only the program’s second CIF-SS semifinal appearance.

General admission tickets are $10; tickets for high school students and children 13-and-under are $5. Tickets can be purchased in advance online at gofan.co/app/events/50921.

Parking will be available in the front and back of Irvine High School and at neighboring Heritage Community Park. Championship matches will be contested at the venue across all seven CIF-SS divisions from 9:30 a.m. to 6:50 p.m., so for those attending, plan accordingly.

Dana Hills finished the season strong and has carried that momentum through the playoffs.

In the South Coast League tournament, the Dolphins beat Aliso Niguel, 11-4, and upset El Toro, 14-10, to earn the league’s No. 2 playoff spot.

With the No. 2 seed in Division 4, Dana Hills dominated the first two rounds. The Dolphins overpowered Warren of Downey at home, 18-4, and won at Woodbridge, 12-2. In the quarterfinals, which Dana Hills hosted at Tesoro High School due to pool size, Dana Hills outlasted Edison, 8-7, before defeating Pasadena Poly on Wednesday.

Coach Carrie Pierce called this Dolphins team a young group, and while there are plenty of sophomore contributors, it’s the senior core that has continued to lead the way.

Lauren Bellavia has been the team’s go-to for goal-scoring all season, with fellow senior Julia Reznicek not far behind as the No. 2 option. Sophomores Kat Besanceney, Paige Riester and Lucy Kao have also been very solid offensive contributors.

Kaylyn Pierce, Long Beach State commit and younger sister of head coach Carrie, has been the rock for the Dana Hills defensive efforts. The senior goalkeeper has stopped shots from all angles and distances and got the ball going the other direction to kick-start the Dolphin offense.

On the other side, La Quinta has demonstrated why it is the No. 1 seed of Division 4. The Blackhawks have defeated their four playoff opponents by a combined score of 66-16. The Dolphins offense will need to be sharp.

Regardless of the result, Dana Hills has made program history.