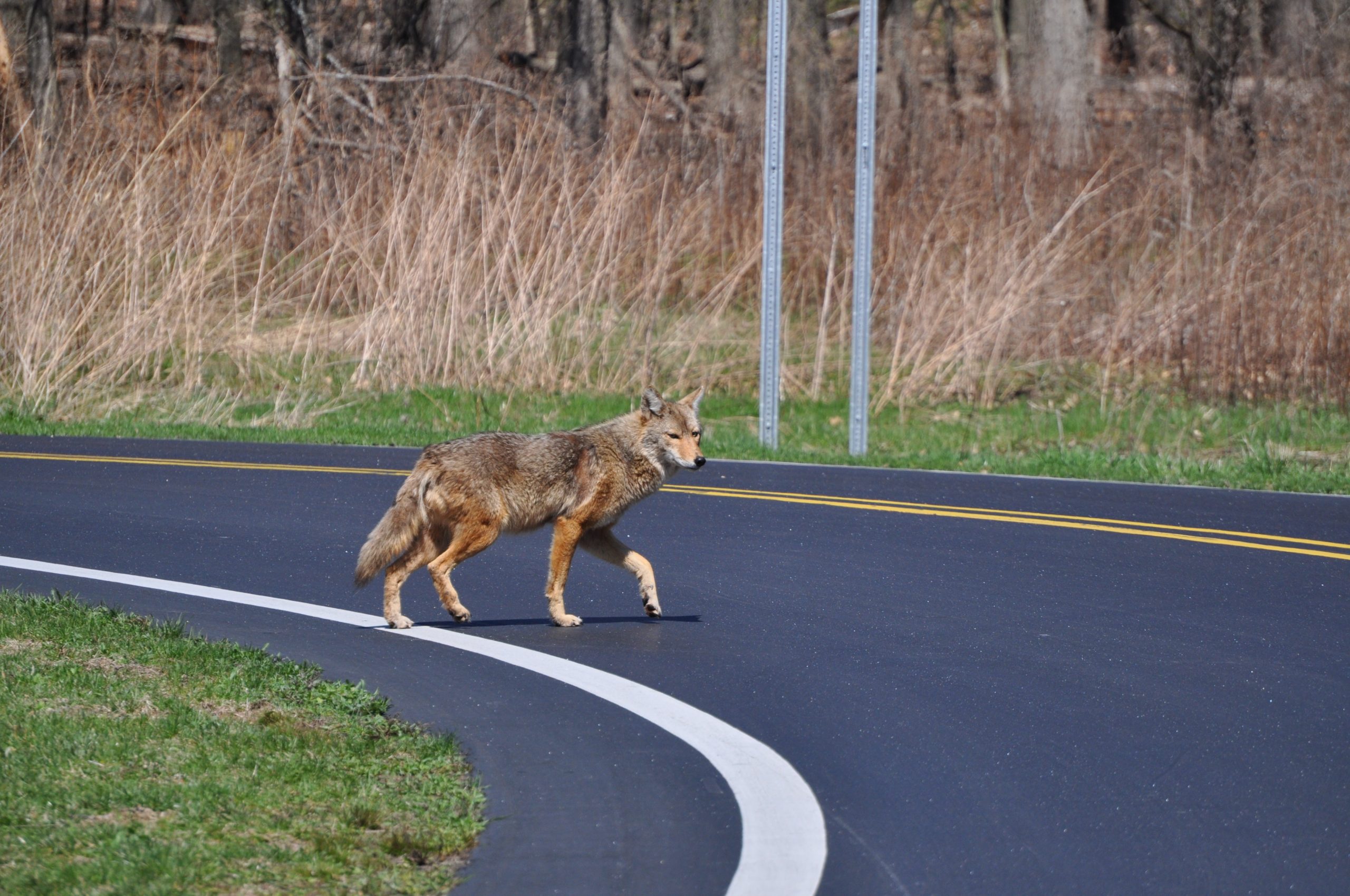 It was around 7:45 p.m., just before sunset, when Kim Myers on this early August evening was spending time at her San Clemente home with her son and his girlfriend.

From inside the house, they could see Myers’ 12-week-old Yellow Labrador, Kiki, sitting by the pool.

Within seconds of the new pup getting up to walk to a different part of the backyard, Myers and her company heard Kiki “screaming bloody murder.” Startled, the three ran out to the backyard to inspect the situation.

“We come flying around the corner and we start screaming,” Myers recalls, adding: “I thought maybe an owl got (Kiki), because a coyote didn’t even occur to me, and then I saw this big bushy tail hop the fence.”

A coyote had preyed on Kiki, ensnarling her head in its mouth. Fortunately, for the puppy, Myers, her son and his girlfriend were able to scare off the predator, which had hopped over Myers’ 5-foot fence, before it could make off with Kiki as its meal.

Kiki, Myers says, “was just covered in blood” and began to cower underneath some pipes in her backyard.

“I bent down to get her, and she was on her back looking at me, batting at me, thinking I was the coyote still,” she says. “I have never seen an animal that terrified in my life.”

Myers says she took Kiki to a nearby animal hospital, where she was treated for three puncture wounds—one to the back of her neck, another on the left ear and one more near her lower jaw. Kiki, Myers adds, is doing great now, but until she’s big enough, is being escorted outside 100% of the time.

Following the attack, Myers reported the incident to the California Department of Fish and Wildlife.

“I know that we have coyotes here, and I’m fine with coyotes, but they’re getting more aggressive and numerous,” Myers says, expressing a concern for neighborhood children who also can be susceptible to attacks.

Calls from concerned residents such as Myers, who have reported coyote sightings and encounters to the state’s wildlife department, are on the rise in the city and across the county.

Kent Smirl, the Wildlife Watch coordinator for the department, told Dana Point Times this week that the state agency has seen an increase in reports. That rise, he says, is attributed to four main factors.

Access to water, he continues, is another major factor, as coyotes will seek out water supplies at man-made ponds, lakes and flood channels. In neighborhoods and communities, coyotes will find pools and water dishes for pets.

This factor most noticeably plays a role during the summertime and periods of drought—much like the one California is currently experiencing.

“During the summer months, there’s a decrease in water and that will bring animals down for water,” Smirl says, adding: “They’re going to be constantly looking for water, so when water is available to them, so like a pond or a pool … they’re going to take a chance and go for it.”

The third cause, he says, is overgrown vegetation—where coyotes are known to hide and stake out prey including small pets such as cats and puppies, like Kiki. The fourth cause: an overall increased exposure to humans.

That exposure to humans stems from habituating or urbanizing coyotes by feeding them food and water.

Smirl says that while people think they’re doing a good thing by feeding the coyotes and other wildlife, it’s actually considered harassment of animals—a violation of state law. Doing so changes the coyote’s natural behavior, as it loses its fear of humans and becomes dependent on people for food.

“I’m assuming that far and few do feed wildlife, which is not good for anyone; it’s not good for the wildlife and for the residents,” she says. “It’s just a very problematic behavior that needs to stop, and we do have municipal codes that address the feeding of wildlife—it’s illegal.”

While there’s been a rise in reports, Smirl stresses that it doesn’t necessarily point to an actual increase in the coyote population, as that has yet to be determined.

“The interactions have definitely gone up, and one of the reasons they’ve gone up (is) there’s more reporting now due to our method of reporting,” Smirl says, referring to the internet and social media.

Cholodenko echoed Smirl’s point, noting that not enough data has been collected to show whether the local coyote population has definitively risen or fallen.

According to Cholodenko, the agency began logging calls from residents in Dana Point and San Clemente about coyote encounters in July 2020. In the second half of 2020, the shelter received a dozen reports. For 2021, so far, there has also been a total of 12 reports.

“So, what does that mean? I don’t think it’s a good indicator of where we’re seeing more coyotes or not,” she says. “I think with us just starting the reporting, the history isn’t there to give us a good indication.”

Of the two dozen total reports received since a summer ago, the majority of the calls have come from residents in San Clemente—which isn’t that unusual, considering the town’s population is roughly twice that of Dana Point, Cholodenko is quick to point out.

Such behavior, she describes, would be aggressiveness, including “approaching a person in an aggressive manner or following a person at all—that’s typically not wildlife behavior. We had multiple coyotes enter a backyard and killed the dog; that’s very concerning behavior.”

Looking at the 12 reports collected so far this year, Cholodenko notes that three of them involved an attack on another animal, similar to what Myers described with Kiki. However, Cholodenko emphasizes, that doesn’t mean there have only been three attacks, but rather those are the ones that have been reported to the shelter.

To mitigate coyote encounters and provide cities with more data, the Fish and Wildlife Department has an initiative called Wildlife Watch—a program launched in 2015 that encourages municipalities, local leaders and community groups to develop a Wildlife Management Plan.

“It basically provides information for the residents and gives them guidance on how to handle a coyote in their neighborhoods, what to look for (and) how to limit the encounters,” Cholodenko explains.

Smirl adds that cities and resident groups interested in participating in Wildlife Watch require training, referred to as conservation coaching, to better understand animal behavior, among other things.

“When people go through the training for Wildlife Watch, they become conservation coaches, someone who is experienced and teaches others how to respect and be stewards of wildlife,” Smirl says.

The wildlife department and animal services have worked with the city to develop a Wildlife Management Plan for coyotes. Cholodenko says the plan, which she drafted with the help of other local cities including Costa Mesa, will hopefully be adopted by the city council.

As of press time, San Clemente City Manager Erik Sund had not given an official comment related to the coyote reports and the management plan.

Cholodenko further explains that included in the proposed plan is a reporting system that differentiates the types of coyote encounters among three levels—green, yellow and red—based on the animal’s behavior.

“It’s basically a plan that’s put in place where a community plays a large role,” she says. “It’s educating the residents and has worked really well in other cities, and I think it’s a matter of giving information to the public and letting them know, providing them with the tools that are needed to try to minimize those encounters and hopefully keep the animals and the people safe.”