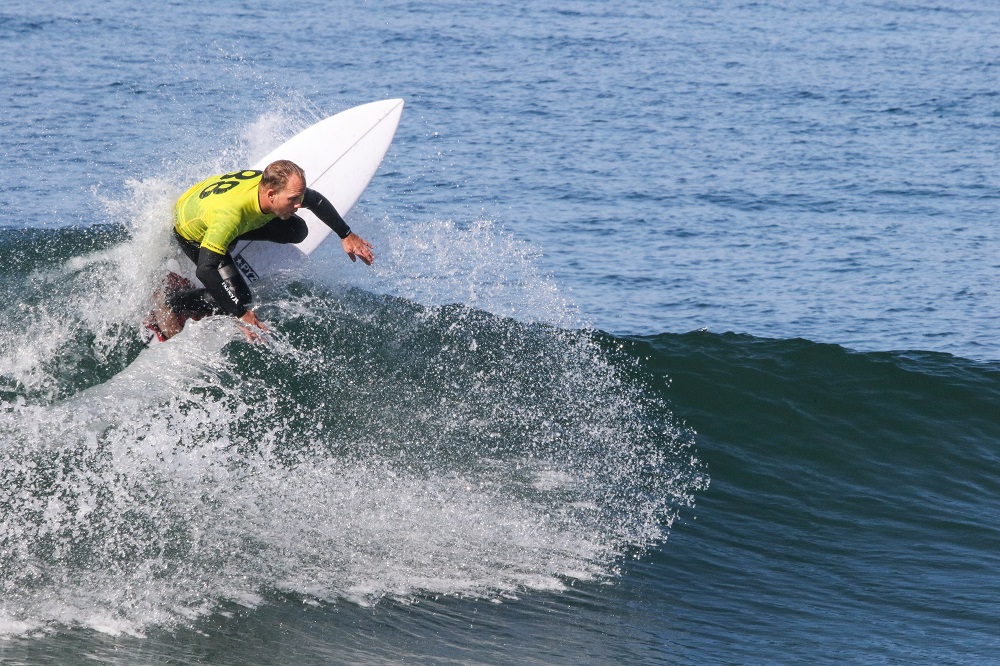 When the Dana Point Times spoke with Eric Diamond, the Executive Committee Chairman of the Dana Point Surf Club (DPSC) the Thursday after their home West Coast Board Riders (WCBR) event at Salt Creek Beach the previous Sunday, his voice had yet to recover.

Diamond was hoarse from cheering his DPSC to a third place finish, just narrowly missing second place behind Encinitas Surf Club. After the event, Diamond reported that he and team-member/coach Pat O’Connell examined the scores and reasoned that DPSC missed second place by one wave score.

WCBR President Chris Moreno described the surfing during the event as “second to none,” and acknowledged that the competitive level was ratcheted up more than ever before.

San Clemente took first place in the event thanks to stand out performances by their under-14 team and ex-World Tour competitors like Nate Yeomans and Dane Gudauskas.

After the event, Diamond said that having O’Connell back on the beach for DPSC was a game-changer.

“Last year, Pat was traveling for Hurley with John John Florence during his world title campaign,” Diamond explained. “It was so good to have him back this year. For me, his experience and ability to coach the team definitely enhances the experience. In the water, as an athlete, Pat’s next level, but most importantly, his attitude and presence on the beach raises everyone up. He’s got an incredible energy and I’m stoked to call him my right hand man.”

This was the first event O’Connell was able to attend, let alone participate in, and Moreno said after the event, O’Connell told him that WCBR has tapped into the most exciting format in surfing.

A member of the Dana Point Surf Club sets a rail during the WSBR event at Salt Creek on April 7. Photo: Ron Lyon/WCBR

After the event, DPSC hosted an after-party at StillWater Spirits & Sounds where Bethany Zelasko was awarded with the team’s MVP award. Zelasko was also selected as the team’s “whammy” surfer, a surfer that has their highest wave score doubled, and capitalized by doubling an excellent-range score.

Before gathering again for the WCBR event at Churches in San Onofre State Park in San Clemente on October 6, Diamond said that in addition to surfing, the DPSC will get active with some out-of-the-water activities he believes are essential to a healthy club atmosphere.

“We’re going to be taking some time for some community involvement, and of course, our club fishing trip,” said Diamond.

In a few weeks, DPSC will take part in presenting select members of the Dana Hills Surf Team, coached by Tim Sampson, college scholarships thanks to support from Killer Dana Surf Shop.

For more information on the West Coast Board Riders, photo galleries from the event and to see a full schedule of competitions, visit www.westcoastboardriders.com.

Surfboards and Swell Lining Up for Surfing’s Olympic Debut: Plenty of Reasons to Be Excited About Summer Games