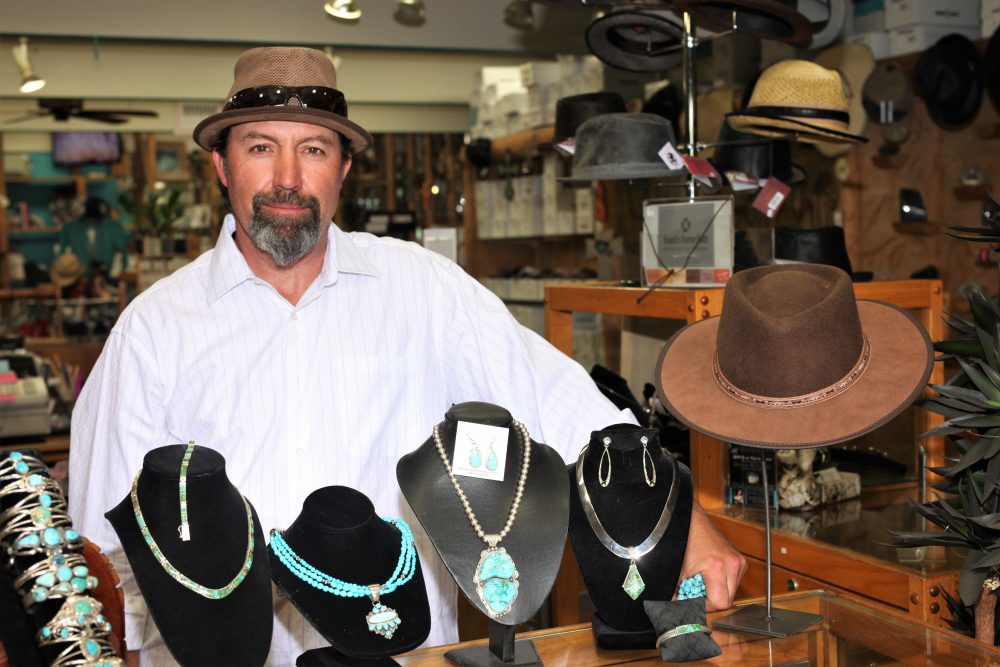 White Pelican Gallery has been a fixture in the Dana Point Harbor ever since Diana Poulos bought the business more than two decades ago and brought her son, Chad, on board to help out.

“I was still in college at the time,” Chad said. “I graduated, pretty much two months before she bought the business, told her I’d help her out for six months, and that was 24 years ago.”

Diana Poulos was an active member of the Dana Point Harbor business community before she passed away last December after a long battle with cancer. Chad Poulos, who has been working with jewelry and helping customers in the gallery for all those years, is now faced with the task of running the entire business on his own.

Poulos is counting on longtime family friend and business collaborator David Rosales to help get summertime business kicked off this weekend. As the owner of the wholesale jewelry supplier, Supersmith Inc., in New Mexico, Rosales is one of the most prominent designers of Native American jewelry in the country.

“He’s our best seller right now,” said Poulos. “He designs and has a crew of inlayers and silversmiths that are outstanding, and really does manufacturing of Native American jewelry right.”

Mine closures over the past decade, and other mines shifting their focus to mining copper and other metals, have limited supply and created an increased demand for turquoise over the past several years.

“There are stockpiles of turquoise that some guys have. David has a really nice collection of stones,” Poulos said. “I’ve been in his stone vault, and it’s incredible, so he’s got enough stone to work for many, many years.”

Poulos said the uniqueness of Rosales’ work can be seen in his stone combinations and quality of the inlay, with nice, heavy, silver stones set deep and well so that they don’t pop out.

“I have not seen anybody that mixes the stones together like he does. The way his line works, any piece you see in his line, he can do in any stone combination he does,” Poulos said.