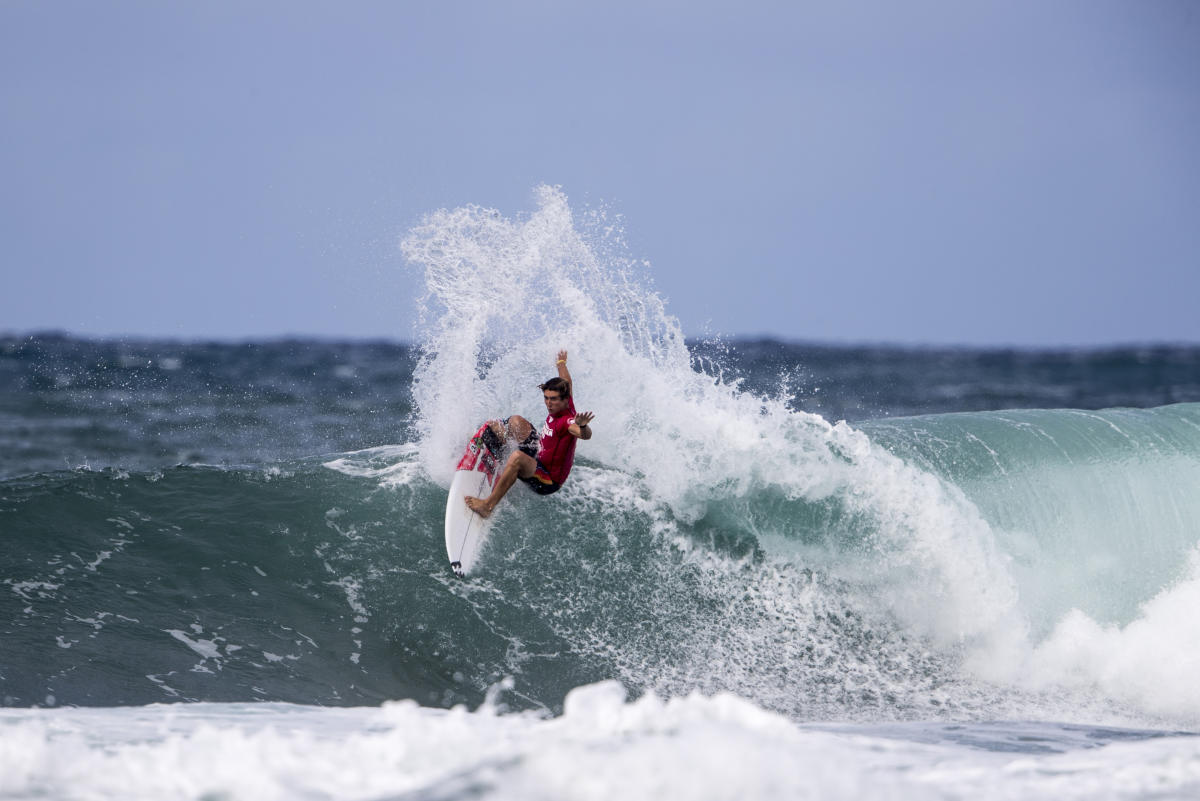 Welcome to the Big Leagues

Heading into the Hawaiian Pro, the first stop in the Vans Triple Crown of Surfing on the North Shore of Oahu, Griffin Colapinto stood a pretty good chance at qualifying for the 2018 WSL Championship Tour. He was comfortably nestled in the top 10 of the ratings. All he had to do was make a few heats and a lifetime of hard work and dedication would have paid off.
He may have exceeded his own expectations.

Blitzing through heat after heat, by the time the final day rolled around last week, Colapinto was still moving and grooving, looking every bit like a favorite to win the whole contest. The 19-year-old San Clemente native found himself in a stacked final, facing Filipe Toledo, a San Clemente transplant who’s considered by most to be the best small-wave surfer in the world, Brazil’s Wiggolly Dantas and two-time Hawaiian Pro winner Tahiti’s Michel Bourez. Toledo got going early in the final, leaving his competitors to play catchup. Colapinto went all in.

Trailing by less than a point in the dying seconds of the final, Colapinto uncorked a Hail Mary 360 air to try to steal the win away from Toledo. The crowd held its collective breath, but ultimately, Colapinto came unstuck, ceding the victory to Toledo (it was the first time in the history of the contest that a Brazilian won it). Topping the podium is always the goal, but for Colapinto, a runner-up finish was just as good. For his effort, he was able to climb the WSL ratings and qualify for the 2018 Championship Tour.

“I’m almost lost for words , I don’t know. I’ve gone through so much hard work, so much hard work with my parents,” said Colapinto as the reality of the situation began to sink in. “My parents have invested so much time in me and I have to thank them a lot because we committed (to professional surfing) when I was 15. I also set goals  and I’ve nailed them on the spot, so I’m so proud of that.”

His second-place finish at the Hawaiian Pro stands as his best result of the year on the Qualifying Series. He also finished second in the World Junior Championships last January.

“This will give me a lot of confidence, especially since I’m going to be on tour next year, beating guys like that on tour,” Colapinto said.

He’ll be joined on tour next year by San Clemente’s Kolohe Andino. The season starts in earnest next March with the Quiksilver Pro on the Gold Coast of Australia.