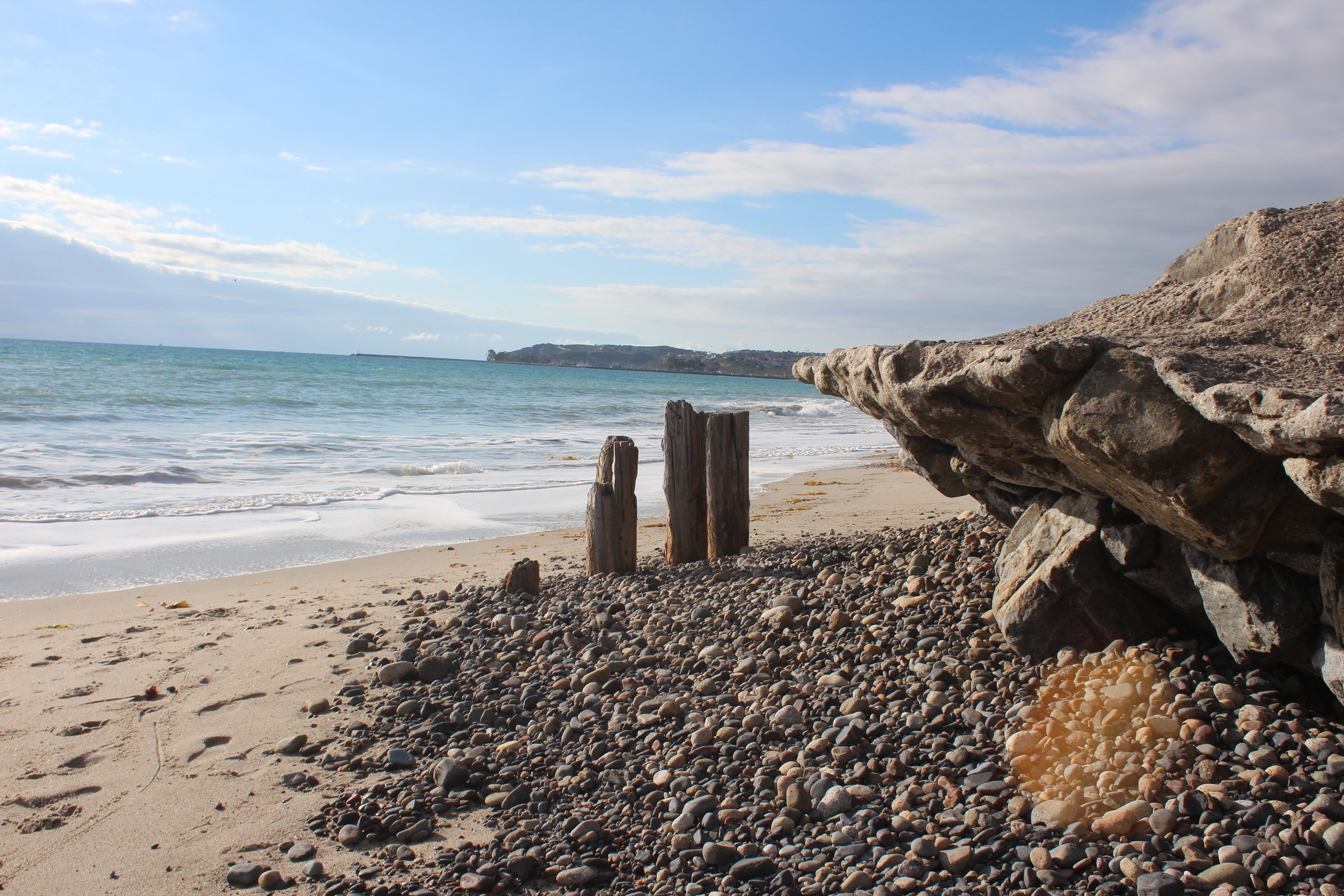 After the first winter swell of the season swept through Southern California earlier this month leaving iconic palms uprooted, homes flooded and beaches dramatically altered, many Dana Point residents may be wondering what is in store for their native coastline in the upcoming winter season.

As these waves rumble south down the California coast from the north Pacific and the potential for rain increases, Capistrano Beach residents—specifically those along Beach Road—are caught in the timeless and tumultuous conversation of private ownership rights versus managed retreat.

Ambrose Masto is the current president of the Capistrano Bay District, a separate district under the city of Dana Point, and has lived in his home on Beach Road since 1989. His home is one of the four original “Doheny homes,” built by Edward Doheny in the 1920s.

Standing on his back deck, surrounded by exposed piles of sand bags, Masto was calm when discussing the recent damage to his property.

“These things seem to come in waves. They tend to be cyclical. We will remain diligent and a part of the progression,” Masto said. “We aren’t here to be combative with the California Coastal Commission (CCC), and we are in constant contact with the local powers-that-be to establish the best course of action. We just want to protect the homes (along Beach Road), the land and the beach we love.”

Masto said the City of Dana Point and CCC have both been receptive and understanding in awarding recent emergency repair building permits.

Orange County Parks have conducted recent studies concerning the local coastal erosion that could potentially continue to affect Beach Road residents like Masto for years to come. One of the studies they have commissioned for shoreline protection looks at both short and long-term solutions for Capistrano Beach, with the results currently in draft form.

Orange County Parks also said they are finalizing the Orange County Sand Compatibility and Use Program as a part of the Coastal Sediment Management Plan. A follow up-study is slated to be finalized this December.

“We plan to initiate a master plan that addresses long-term strategies to include structures, living shorelines, beach nourishment or managed retreat,” Orange County Parks Public Information Officer Marisa O’Neil said via email. “We are planning to release a request for proposals in early 2018 to develop a master plan. We are looking into potential funding sources, including grant opportunities and reaching out to potential partners. This comprehensive plan would address sea level rise, improve public access, protect infrastructure and restore coastal ecosystems.”

On a more regional level, Dana Point City Council Member Joe Muller believes the long-term health of the coastal ecosystem (including its residents) is best understood through a more cohesive scope.

Earlier this year, Councilman Muller began a project called “Save Capo Beach” in an effort to unite local stakeholders in a conversation aimed at achieving a long-term comprehensive solution to coastal environment change that satisfies the whole Dana Point community.

In a statement on Save Capo Beach’s Facebook page, Councilman Muller said, “It is time to bring the stakeholders together to get this discussion started. I am going to start the dialogue with: California State Parks, Orange County Parks, California Coastal Commission, Surfrider Foundation, Caltrans and Orange County Transportation Authority. The goal is to ultimately host a public forum to get input from all concerned parties and try to develop a plan to preserve all of the beaches in our beautiful town.”

Councilman Muller claimed that meetings have started with many of these stakeholders individually, and that all will be brought together in a staggered timeline in order to effectively offer concise, tangible results.

Standing on the back porch of his home overlooking the ocean, Masto said the water’s potentially dangerous and powerful overflow wouldn’t be stopped with his neighbor’s recently constructed soft sand barrier which overlapped into his stretch of private beach. A more impactful solution needs to come forth.

“Well, you couldn’t just stop it there. The sea would come, and it would topple over and wash into my space soon enough.”