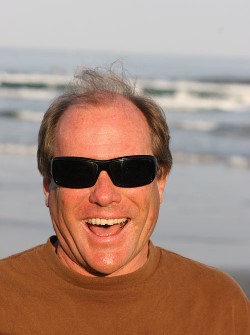 Clara Barton was born on Christmas morning in 1821. An American nurse, suffragist and humanitarian she is best remembered for organizing the American Red Cross. But, she was much more than that. She was an astounding human with the courage, commitment and charity of the universe’s better angels.

A fearless and groundbreaking woman from the start, Barton began educating during a time when most teachers were men and was among the first women to gain employment in the federal government.

Notice was taken as she single-handedly organized supply depots to aid wounded soldiers during the Civil War. A genius at organizing, Barton’s contribution was also intensely personal as she read to hospitalized invalids, wrote letters, listened to personal problems and prayed with them. But, she was no mousy candy striper. Ultimately, she knew she was needed most on the battlefields where the suffering was greatest.

Despite governmental resistance, Barton slipped through lines during the battle of Cedar Mountain—in northern Virginia in August 1862—and arriving at a field hospital at midnight with a wagon-load of supplies driven by a four-mule team. The surgeon on duty, overwhelmed by the human disaster, later wrote: “I thought that night if heaven ever sent out an angel, she must be one.” Thereafter, Barton was known as the “Angel of the Battlefield,” providing aid to troops in most the major battles.

At Antietam’s bloodbath, she ordered the drivers of her supply wagons to follow the cannon and traveled all night, actually pulling ahead of military medical units. While the battle raged, she dashed though the frontline inferno—nursing, comforting and cooking for the wounded. In the apex of the carnage, a bullet tore through her sleeve and killed the man she was treating. Unfazed, she continued to help the wounded.

When the war ended, she helped locate thousands of missing soldiers, including identifying the dead at Andersonville prison in Georgia.

Barton tirelessly lobbied three United States presidents for national recognition of the International Committee of the Red Cross. At age 60, she founded the American Red Cross in 1881, becoming president of the American branch and leading it for the next 23 years. Her intense devotion to serving others resulted in enough achievements to fill several ordinary lifetimes.

Throughout the rest of her life Barton helped people in distress, rushing to various hurricane, flood, famine, sickness and war emergencies—cementing the hallowed reputation the Red Cross has earned.

Barton’s force of personal example opened paths to the new field of volunteer service. She remained active throughout several foreign wars and domestic crises and continued her compassionate work until her death in 1912 at the age of 91. Her courage, kindness, sheer energy and commitment to humanitarian causes have made her one of the most honored women in American history, a symbol of charitable self-sacrifice. No one could represent the spirit of Christmas better.

Jim Kempton grew up on military bases and has been active for many years with the Wounded Warriors program. He knows that every nurse and every casualty, from Belleau Woods to Walter Reed and China Beach to Bagdad, owes a debt to Clara Barton.

Health & Nutrition 101: Self-Care Through the Holidays