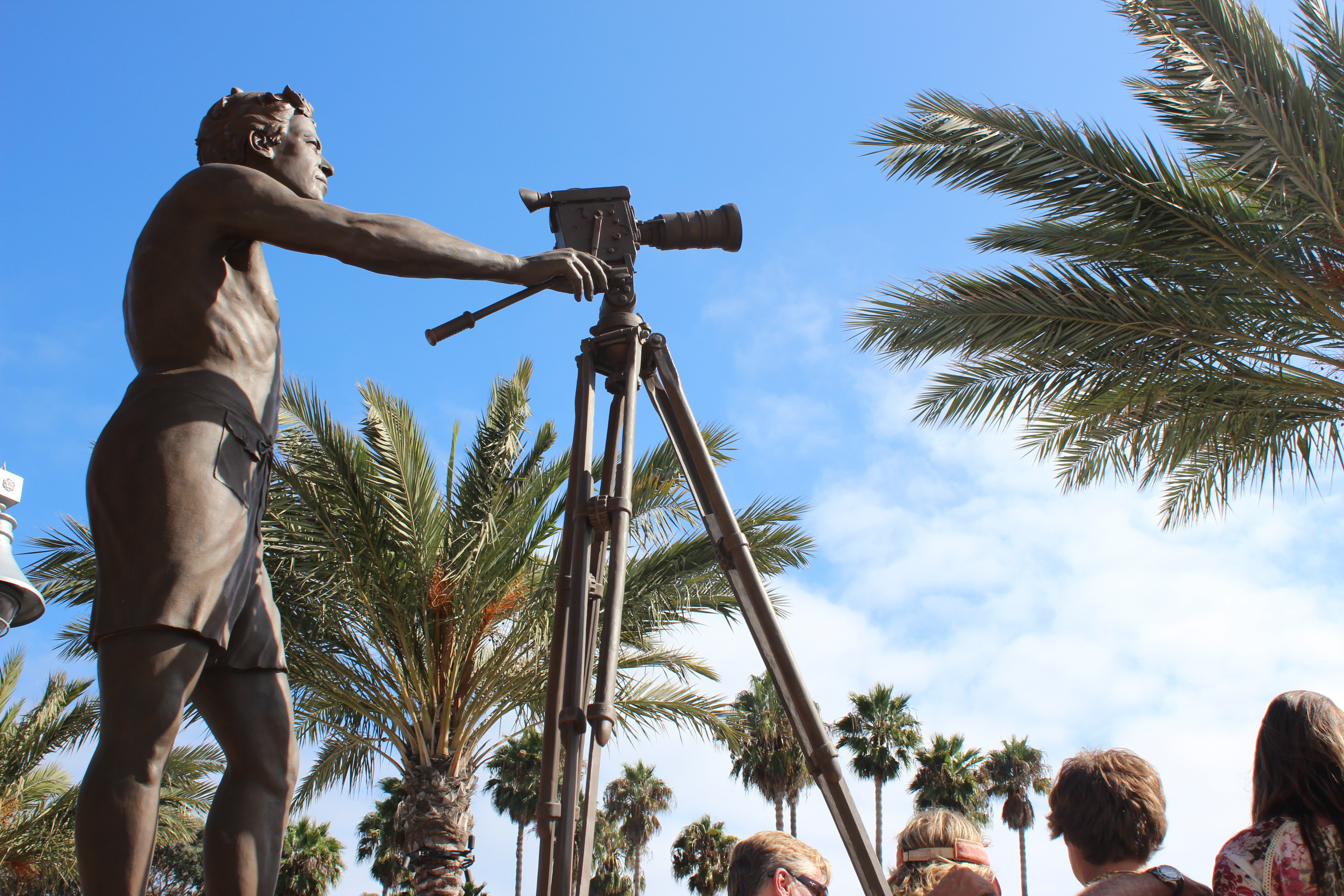 A ribbon-cutting event was held for the latest installation at Watermen’s Plaza in Dana Point. A bronze statue of Bruce Brown behind the camera was unveiled before a crowd of family, surfers, community members and city officials on Thursday, Sept. 19.

Bruce Brown directed The Endless Summer with a $50,000 budget. The documentary film follows two surfers, Mike Hynson and Robert August, on a surf trip around the globe. The two aim to chase summer around the world in a quest to surf abroad. The movie was released in 1966 and grossed $20 million. Roger Ebert gave positive criticism on the film, noting “the beautiful photography he brought home almost makes you wonder if Hollywood hasn’t been trying too hard.”

The photo used on the The Endless Summer poster, which was created by artist John Van Hamersveld, was taken at Salt Creek Beach. A mosaic of the film poster was also unveiled at the Watermen’s Plaza that day.