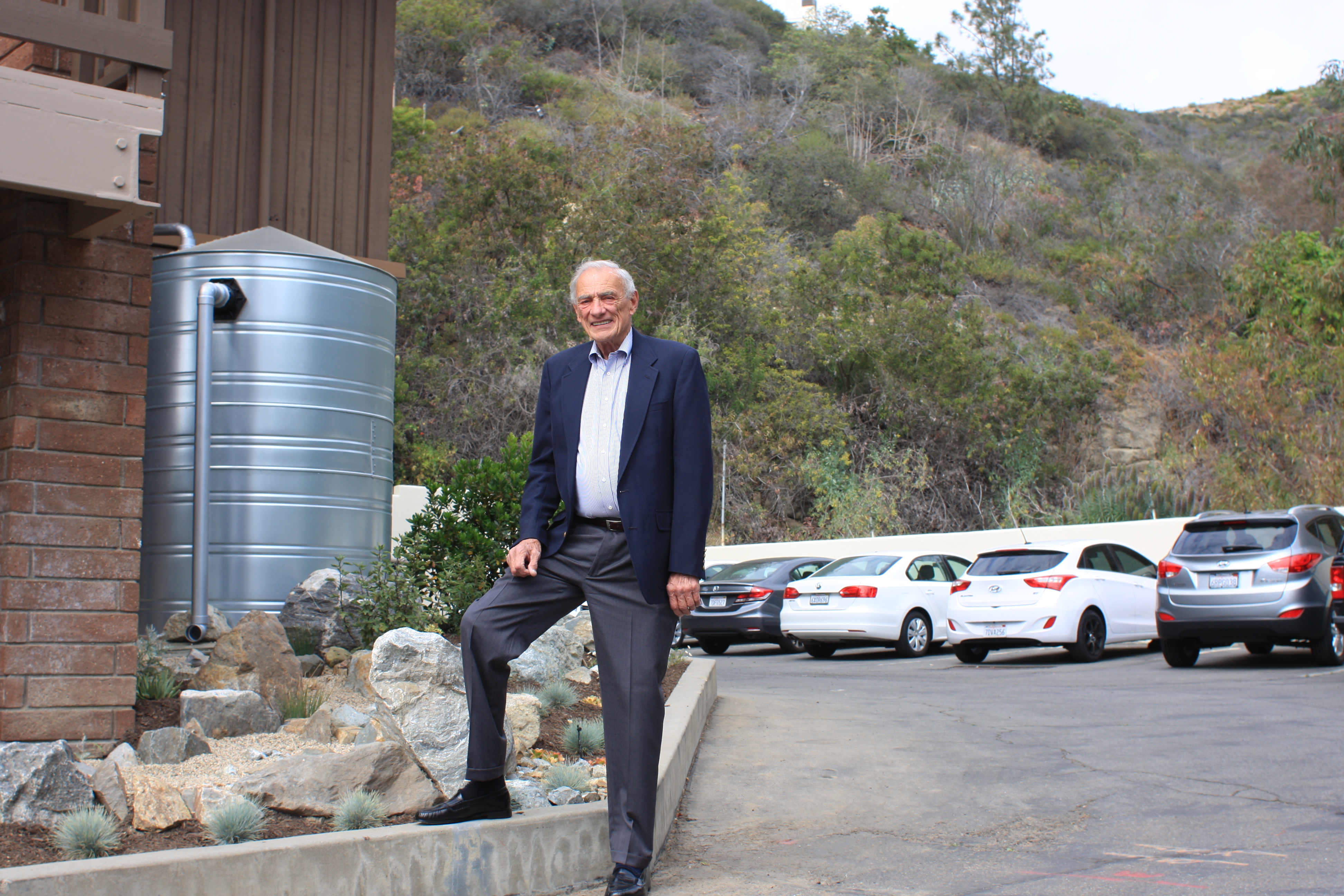 A dwindling water supply, propelled by the ongoing drought, continues to have a ripple effect on every water district and water customer in the state, from home landscape irrigation to golf courses, schools and public spaces.

The Governor’s executive order also requires water districts to impose increasingly strict regulations in their service areas, including placing restrictions on outdoor irrigation and to report monthly on water usage, compliance and enforcement.

What does all of this really mean for the city of Dana Point and its residents?

“People should remember that we have been hit with a double-whammy during the past year—low precipitation and higher than usual temperatures,” said Wayne Rayfield, SCWD director and president of the board. “The combination of the two is a recipe for disaster that has resulted in a shrinking water supply coupled with an increased demand.”

Dana Point’s restrictions, in some instances, are more strict than the state mandates and include a one-day-per-week potable water irrigation schedule for ornamental landscaping—Monday for residents and Wednesday for homeowners associations, schools, government and businesses, between the hours of 5 p.m. and 9 a.m. only—and a ban on washing vehicles as well as hosing down sidewalks, driveways, porches and patios. Vehicles must be taken to commercial car washes or detailers that recycle water. Water may only be added to swimming pools and spas—at a depth range of no more than one foot—once a month to maintain the water level. Using potable water in decorative water features/fountains that do not recirculate water, and allowing potable water runoff, for any reason, is prohibited. Also, outdoor irrigation within 48 hours of measurable precipitation is banned.

For businesses, landscaping must not be irrigated with potable water, restaurants may only serve drinking water upon request and hotels/motels must give guests the option of not having linens and towels laundered daily.

All of Dana Point’s municipal landscaping is irrigated by recycled water and the newly planted areas, currently being installed in the Lantern District, are not being piped with watering systems, Rayfield said, adding that the city has chosen to use drought-tolerant plants and to irrigate only as needed using water trucks carrying recycled water.

The Governor’s ordered 25 percent targeted reduction has not been issued evenly over the entire state, instead favoring cities that have already made strides in water-use reduction with a lower percentage requirement and giving cities that overuse water higher percentages of required water savings.

“It would be unfair to impose one-size-fits-all requirements because some communities have been very good at conserving,” Rayfield said. “For those cities, a cut of 25 percent would be harder to do, having already made cuts. But for other cities that haven’t been so good about it, they should be required to bear a bigger portion of the overall 25 percent.”

The state water board, on April 18, issued reduction requirements to some cities as low as 8 percent—for Vernon, Compton and approximately 15 other cities—and some as high as 36 percent—Beverly Hills, Glendora, Yorba Linda Water District and roughly 20 more cities. The city of Newport must reduce usage by 34 percent and the cities of San Clemente and San Juan Capistrano by 28 percent. Dana Point’s number is 24 percent, along with the El Toro Water District—serving Laguna Hills and Laguna Woods areas—Santa Monica, Manhattan Beach, Buena Park and about 30 others. However, SCWD is considering the 25 percent its targeted number.

“The state board took into account that our population of people who use water is greater than our service area—42,000 regular residential customers—because it includes an estimated three million-plus visitors per year,” Rayfield added.

On Monday, a state court of appeals struck down arbitrarily tiered water rates in neighboring San Juan Capistrano, a practice shared by other California cities to encourage water savings by charging customers who use more water a higher rate per gallon than those who use less. The court’s ruling declared the practice as running contrary to Proposition 218, which prohibits water suppliers to charge rates that are higher than the actual cost of providing the service, a decision that has water suppliers across the state re-evaluating their tiered rate pricing methods or searching for alternative billing practices and ways to encourage conservation.

Rayfield believes the court ruling has the potential for a far ranging impact and puts the California judicial system in direct conflict with the executive branch.

“Water districts are on the horns of a dilemma,” Rayfield said, “We need to make sure that current tiered rates reflect actual cost of service and balance that against the governor’s requirement that we use tiered rates as part of our conservation efforts.”

Both Rayfield and SCWD General Manager Andrew Brunhart agree that everyone in the water business will need to figure out what the court decision means to them, individually, but rates in Dana Point are currently set through fiscal year 2016.

“We are going to be conducting a rate study, in response to the court decision,” Brunhart said. “The Board of Directors has continued the rates in effect this fiscal year, so come July our rates will remain the same for the next year.”

Brunhart added that having pricing set through FY 2016 gives the water district time to comprehensively study future water rates while observing what happens in the water industry and other water districts with regard to the court decision.

It will have very little effect on SCWD customers in the short term, he said, with the exception of the very small group of customers in Dana Point—near the SJC border east of Del Obispo—that receive their water from San Juan Capistrano.

(There is also a small group of Dana Point homes—Dana Woods—served by the Moulton Niguel Water District.)

The new restrictions bring no changes to enforcement but the current ordinance does include the district’s ability to impose some penalties.

“Our approach so far is to try to educate people,” Rayfield said. “Staff is on the lookout for people who are overwatering. We can impose fines, but are reserving that for the habitual offenders who don’t seem to care about the community and their neighbors.”

As the SCWD implements incentives to implore customers to comply with the restrictions, the district is essentially “putting an abundance of faith in the public,” he said. “We choose to believe that most will voluntarily do the right thing.”

A first offense could result in a fine up to $275 dollars and can be doubled for repeat offenders.

Brunhart added that, for those who are uncomfortable with talking to a neighbor, the water district customer service department will gladly follow up on reported overuse and can be reached at 949.499.4555.

Customers should also visit the SCWD website at www.scwd.org to find out about water saving rebates. Current rebates are not just for lawn removal, but also for low-flow toilets, shower heads, smart irrigation systems, and more. And the Water Saver of the Month Award—at $500 prize for water conserving landscaping projects that don’t otherwise qualify for rebates—has so far chosen two awardees. Those hoping to take advantage of the lawn removal rebate should apply with the district before starting the project, including letting the lawn die, as the rebate is only available prior to starting any lawn removal procedures. As for the Water Saver $500 reward, residents may nominate themselves or their neighbors.

“We are really depending on peer pressure,” Rayfield said. “Everyone should feel free to remind their neighbors to conserve, because if they don’t it’s going to impact the whole community in a negative way. We’re all in this together.”

Stay tuned to the Dana Point Times next week, for part two of this story, with updates on specific problem-solving initiatives and progress being made by the water district, the city and the citizens of Dana Point.