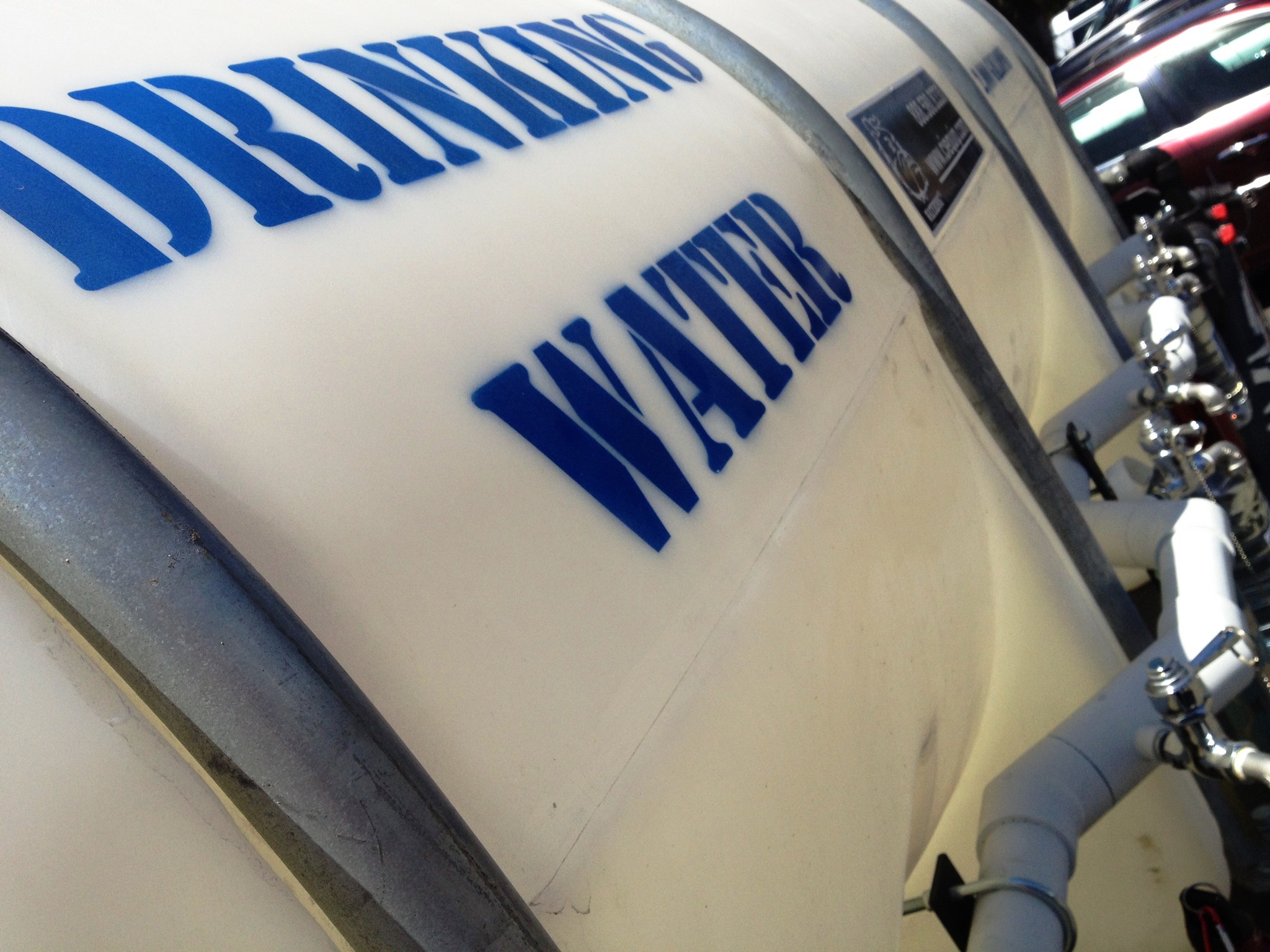 With roughly 80 percent of local water coming from sources outside of Orange County, local water agencies are taking steps to prepare for unforeseen disasters. At least a dozen are now armed with the latest measure, potable emergency water trailers paid for by a Department of Homeland Security grant, to ensure residents water during times of need.

As part of the grant, the South Coast Water District received a critical resource for transporting drinking water in the event of an emergency, said Trisha Woolslayer, the water district’s environmental health and safety manager.

Each trailer holds a tank for up to 2,000 gallons of water, which could provide one day’s supply of drinking water to 2,000 people, according to Kelly Hubbard of the Water Emergency Response Organization of Orange County. WEROC is run by the Metropolitan Water District of Orange County, and spearheaded bringing the trailers to water agencies in regional cities like Tustin, Anaheim, Huntington Beach and Dana Point, to name a few.

The trailers are a considered a “mutual aid resource,” Woolslayer said, meaning the hosting agency can and will deploy the tool where it is most needed.

“The way we are set up logistically, we have to rely on each other,” she said.

In order to transport and provide water, SCWD had to submit a required application for a Water Hauler’s License to the Food and Drug Branch of the California Department of Public Health, along with water quality data. The water district received approval from the state department and may now distribute water from the trailer’s tank to residents in need.

The trailer will be onsite at the city’s Emergency Preparedness Expo, at Dana Hills High School, 33333 Golden Lantern, on Saturday, August 24 from 10 a.m. to 2 p.m., with Woolslayer on-hand talking about the best water receptacles to carry in case of an emergency and with materials to update emergency contact information. Dozens of safety agencies, utilities, community groups and other exhibitors will be on hand to teach residents tips and tools needed for emergency situations.