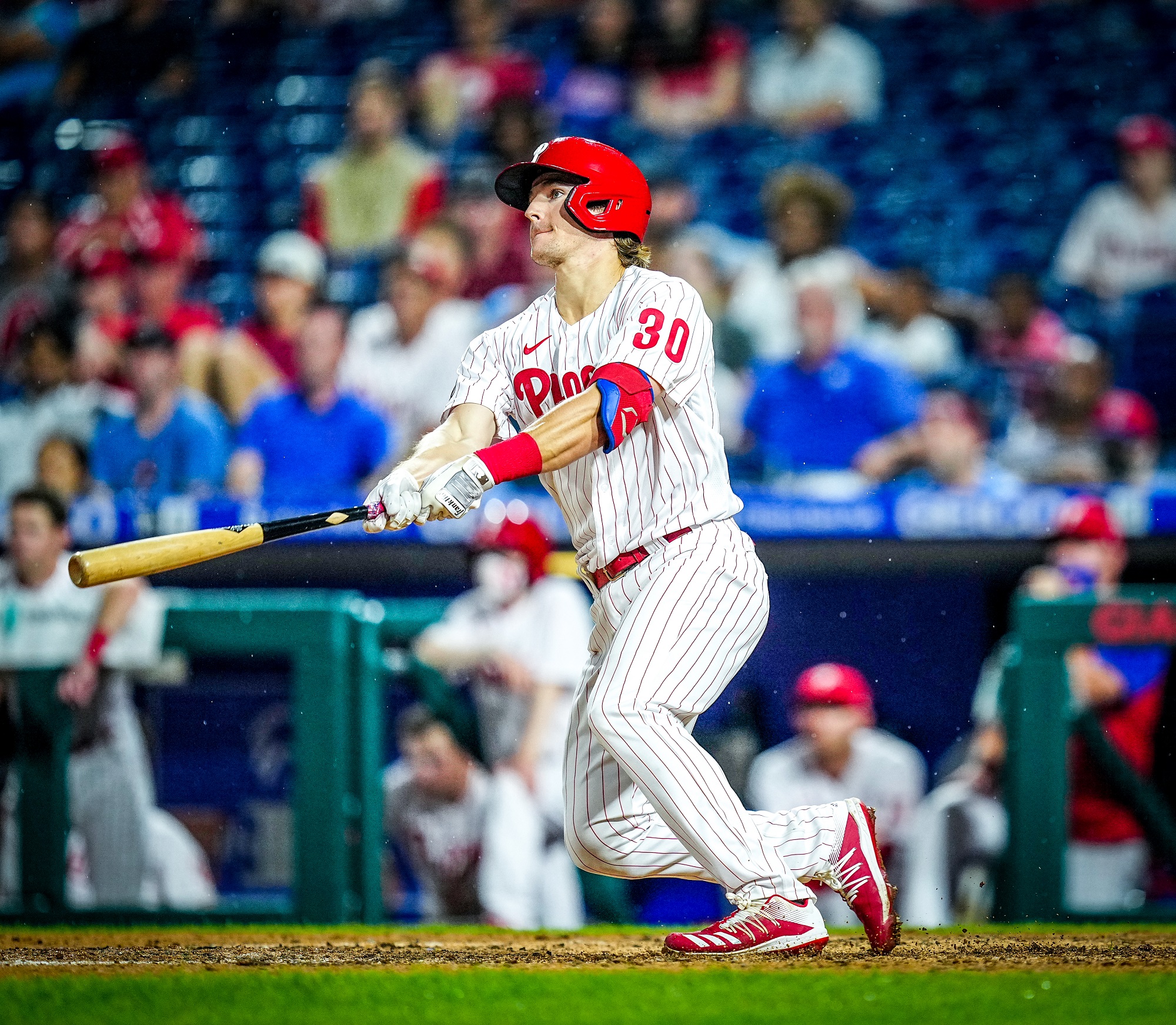 It has been a whirlwind for 2015 Dana Hills alumnus Luke Williams.

Two weeks ago, he was racking up hits in minor league baseball for the AAA Lehigh Valley Iron Pigs in Eastern Pennsylvania.

Last week, Williams was leading off Team USA in Florida as the Americans officially qualified for this summer’s Olympics in Tokyo.

This week, the 24-year-old made his major-league debut for the Philadelphia Phillies and collected a hit in his first at-bat on Tuesday, June 8, but that wasn’t the end of the wild ride.

Williams then made his first major-league start on Wednesday, June 9, and ended the game in incredible and dramatic fashion.

With the Phillies down 1-0 in the bottom of the ninth inning with two outs and a runner on first base, Williams crushed a hanging slider four rows deep over the left-field fence for a two-run walk-off home run—Williams’ first major-league home run—and the Philadelphia win, 2-1 over Atlanta.

“I was telling my parents this morning that it hasn’t even hit,” Williams told NBC Sports Philadelphia as he got drenched by several tubs of Powerade from his teammates after the game on Wednesday. “The support I have from my friends and family back home to the Phillies organization, just class acts.”

Williams’ parents, Mark and Jeannine, as well as his younger sister and brother, Sami and Ike, got to Philadelphia to watch Luke make his debut on Tuesday and see his home run on Wednesday.

Williams last played for Lehigh Valley on May 23 in Syracuse, New York and finished his run with Team USA on Saturday, June 5, in Port St. Lucie, Florida. The Phillies called him up to the big leagues on Monday, June 7.

“I don’t know if I’ll have words to describe that moment,” Williams said to reporters on Wednesday. “It was pretty incredible, you know? I’m still trying to figure it all out.”

Williams did hit one home run for Team USA in the Olympic Qualifiers on June 4, but he hadn’t hit a home run in 18 games for Lehigh Valley this season. In fact, because of the cancelation of the 2020 minor league baseball seasons due to the pandemic, Williams hadn’t hit a home run in a professional game since Aug. 23, 2019 with the AA Reading Fightin’ Phils.

For that reason and many more, Williams hitting a walk-off home run for the first of his major league career in his first start in the big leagues seemed pretty improbable, but that’s the magic of baseball.

A wise scholar once said "moisture is the essence of wetness." pic.twitter.com/jPRXKXJz8p

For Team USA, Williams went 8 for 18 in four games with six runs, six RBI, a double, a triple and a home run.

For the Phillies, Williams has gone 3 for 5 in two games with two runs, two RBI, a double and a home run.