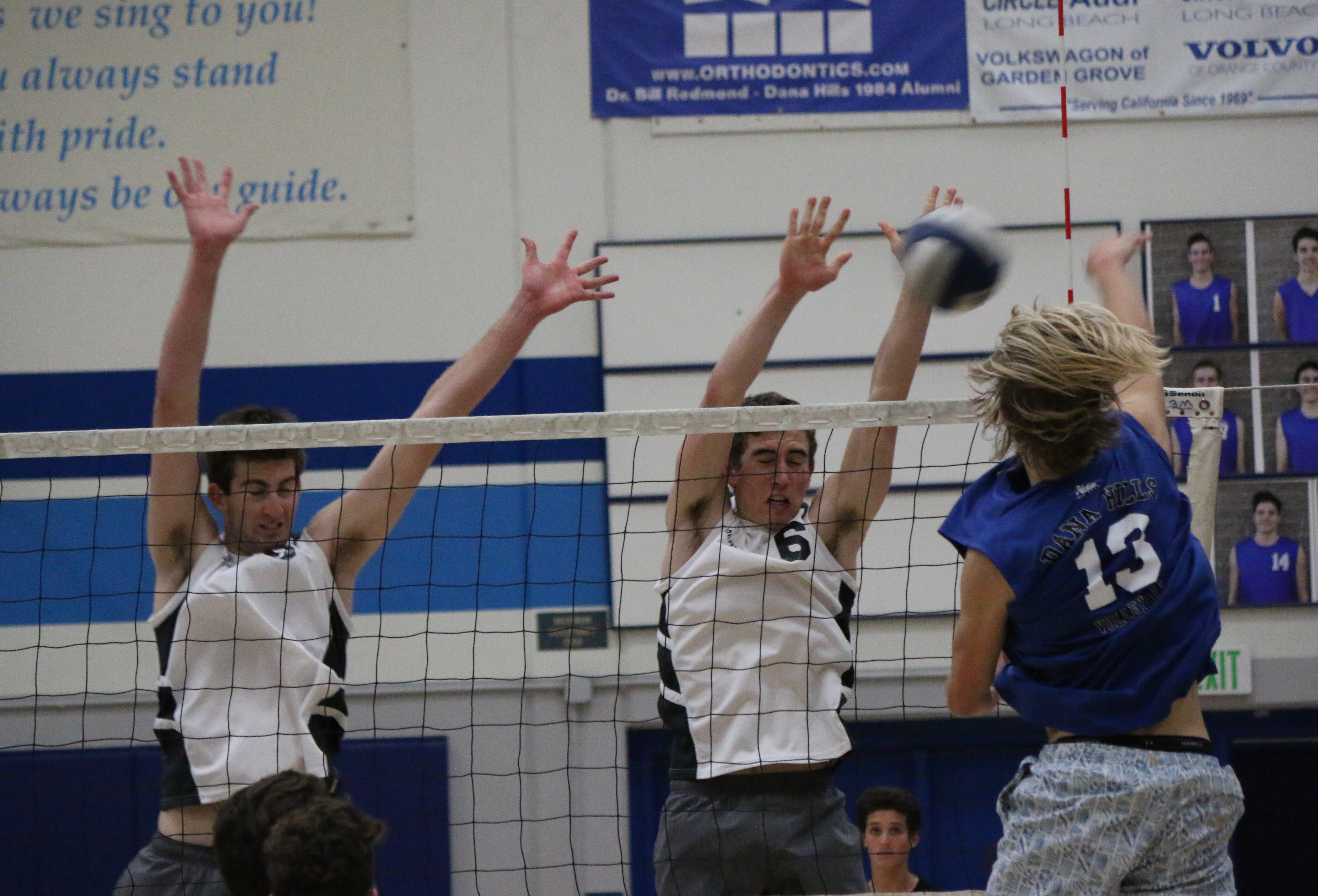 The Dana Hills boys volleyball team didn’t need any extra pep talks from coach Oz Simmons during its South Coast League match against San Clemente on March 28. Many of the Dolphins players were experiencing the rivalry with their neighbor to the south for the first time at the varsity level, and adrenaline and crowd noise provided the spark they’ve been looking for.

The Dolphins (12-11, 2-0 league) roster is loaded with seniors and very few of them have varsity experience. The team has been mired in a .500 season, but Dana Hills matched up well with the veteran Tritons (7-5, 0-1) and the win put them atop the league standings.

Dana Hills raced out to a 14-7 advantage in the first set, but San Clemente answered with a run of its own and leveled the match at 17-17 when Kyle Merrill recorded a kill. Back-to-back San Clemente errors handed the Dolphins the set 26-24.

Everything seemed to go the Dolphins’ way in the second set. With a late three-point lead, Dana Hills junior Ryan Neumann lost his shoe during a rally, but stayed with the action and recorded a kill that set up match point.

San Clemente found its footing in the third set and won it easily behind the standout play of Jess Hunt, Bryce Curtis and Kyler Presho. Hunt recorded six of his game-high 26 kills in the fourth set and Curtis recorded two key blocks that forced the final frame.

The teams were knotted at 4-4 in the fifth set when Dana Hills made a move, recording four straight points to open a lead they held on to.

Presho had 15 kills and Curtis had 10 to go along with five blocks. Dylan Campeau and Neumann each had 16 kills for Dana Hills.

When the final point was tallied, the large Dana Hills student section on-hand stormed the court to celebrate a team that has been searching for a signature win.

“I told the guys the energy is here because of San Clemente, so we didn’t need to worry about that, we just had to focus on the X’s and O’s. This is a good win for guys that don’t have that experience,” Simmons said. “This is a huge stepping stone for these guys.”