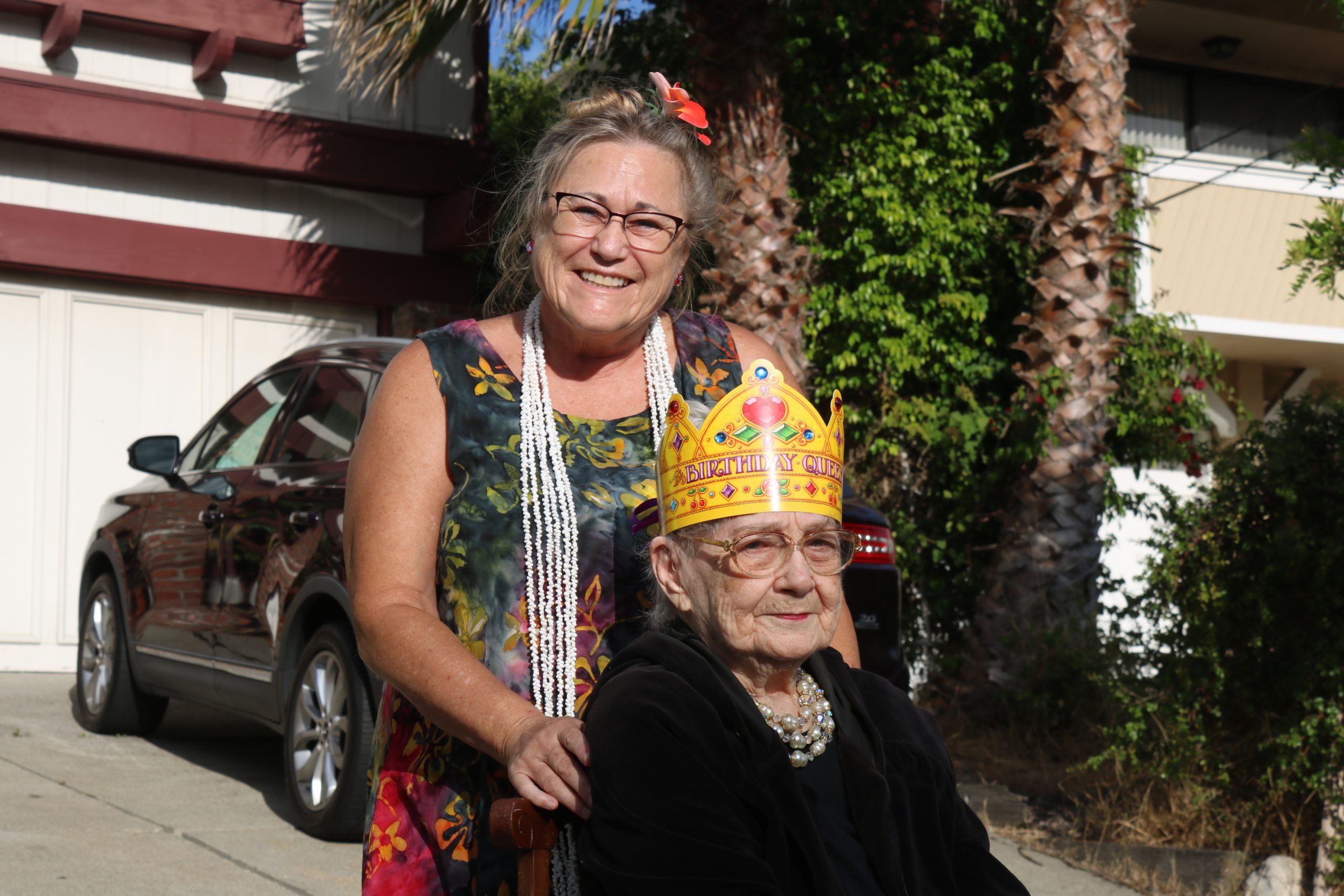 Rita Killingback, a longtime Dana Point resident, celebrated her 100th birthday on Wednesday, Aug. 5 with a parade of vintage cars driving by to honor the centenarian.

Killingback was born in Hasbrouck Heights, New Jersey, in 1920. While she’s settled in various spots throughout the country, including Arizona, she’s made Dana Point here home since the 1970s—before the city was even incorporated.

Killingback also has two sons living in Arizona and the Philippines.

Her words of wisdom for living to be a centenarian: “Don’t eat a lot of meat and don’t let things bother you.”

In light of social distancing, Wildermann planned for the “Just Havin’ Fun” Car Group to do a drive-by parade of nearly two dozen vintage cars in front of Killingback’s home on Mazo Drive in Dana Point.

“She’s a hoot. She says anything she wants to, anything that comes to her mind—and she deserves to,” Wildermann said of her mother. “She never slows down; she can’t sit down for too long.”

After living through several wars and seeing the world progress over the span of 100 years, Killingback says, “The most important thing in life is to get along with people.”