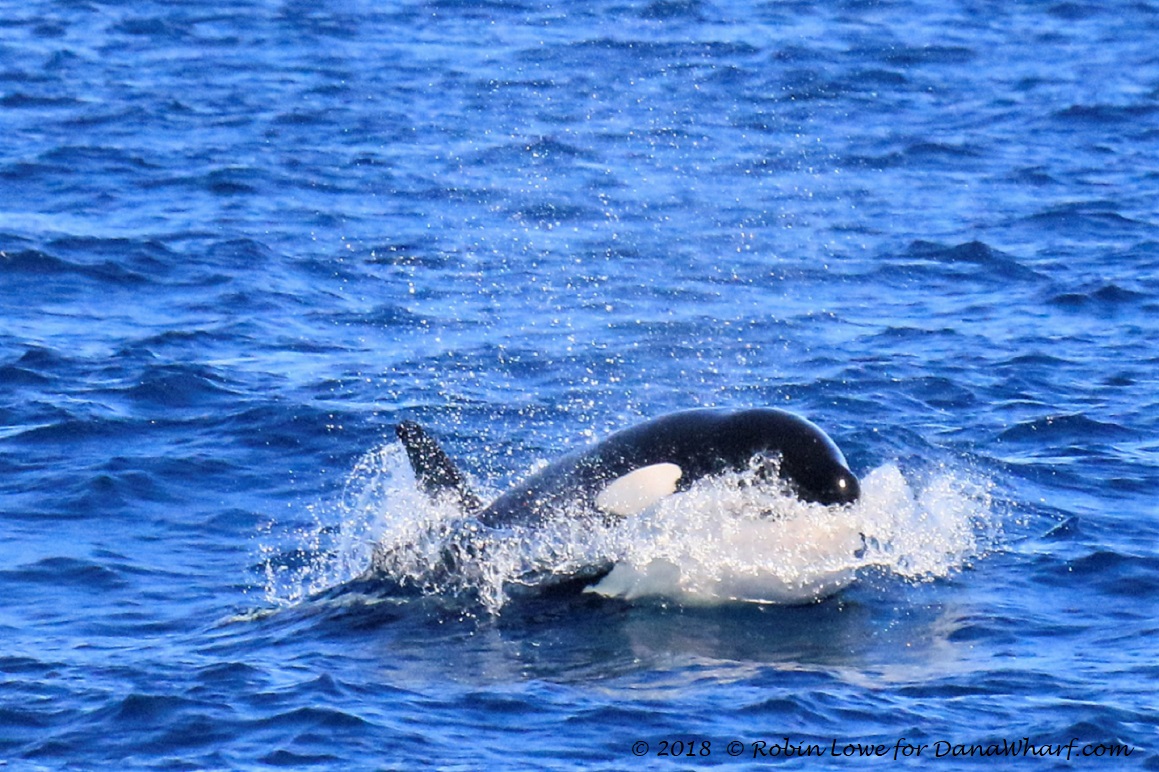 Rare ORCAS known as the ETP population off the coast of Dana Point in record numbers this past week.

Steve Burkhalter is a captain for Dana Wharf Whale Watching & Sportfishing. Hurkhalter said that Orange County boaters were notified when the small pod of 8-10 orcas was seen traveling north through San Deigo waters.

Burkhalter reported tracking an imminent intersection of a pod of common dolphin and the northbound orcas. The orcas began to feed on the dolphins, boils appearing from their attacks and orcas breaching directly over the side of the Dana Pride.

“I have only seen them once before,” Burkhalter said. “But for them to been seen for this long is amazing. Every day I wonder if this is the last time I will see them.”

According to researcher Alisa Schulman-Janiger of the California Killer Whale Project, these orcas are part of the Eastern Tropical Pacific population (ETP) found in the waters off Mexico.

“ETPs are very rarely encountered and little is known about them,” Schulman-Janiger said. “They are not part of the three recognized US west coast eco-types of killer whales which include residents, Bigg’s (transients) and offshore orcas.”

According to www.seaworld.com, ETP orcas are currently considered a “potential” killer whale ecotype.

“We have never seen Orcas hunt and kill dolphin like they did this past week, we have seen these ETP Orcas over the years but never like this,” said Donna Kalez of Dana Wharf Whale Watching & Sportfishing