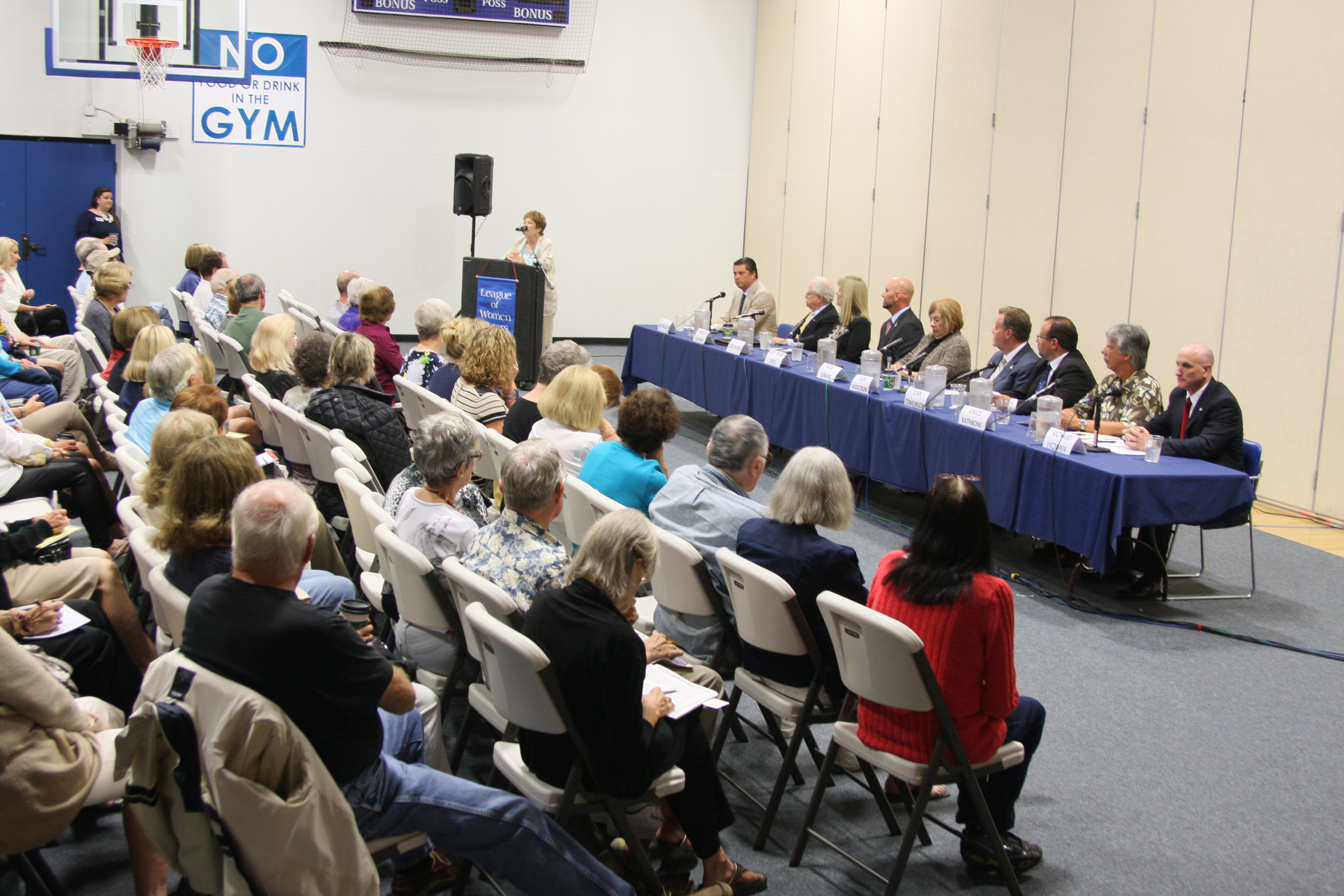 The nine candidates running for three open spots on the Dana Point City Council participated in a public forum on Oct. 9 at the Community Center.

The trio of open seats on the five-member council are being vacated by Mayor Lisa Bartlett, who is running for Fifth District Orange County Supervisors; Mayor Pro Tem Steven Weinberg, who is terming out and Councilman Bill Brough, who is running for the California Assembly 73rd District seat.

The terms of the remaining two members of the council, Carlos Olvera and Scott Schoeffel, run through 2016.

The candidates, in the order they will appear on the ballot, are:

Questions were gathered from the audience and the event was moderated by League of Women Voters representative Petti Van Rekom.

Watch the event in its entirety below: