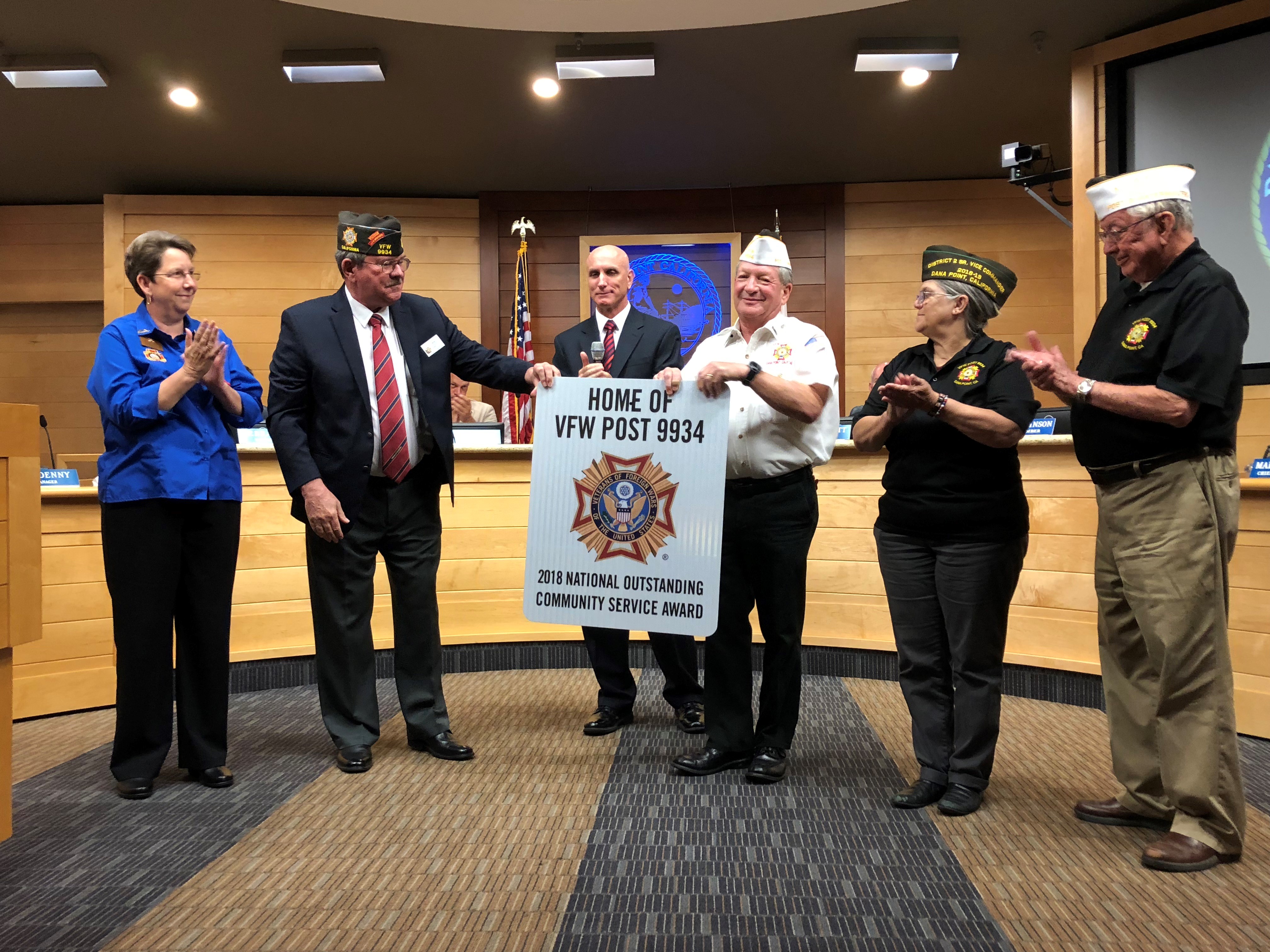 At the Dana Point City Council meeting on Sept. 18, Veterans of Foreign Wars (VFW) Dana Point Post #9934 was awarded the VFW National Outstanding Community Service Award. Chapter Commander Wayne Yost accepted the award on behalf of his Dana Point post from Mayor Richard A. Viczorek and VFW National Council member Earl Fulk -­­ both of which are also members of Post #9934.

“No post in on an island,” Fulk said. “The City has fully backed this post and this award is as much theirs as the post’s.”

Dana Point Post #9934 and Auxiliary meetings are held on the second Tuesday of each month. While South Shore Church is under renovation, our temporary meeting locations are at Canons Seafood Grill at 34344 Street of the Green Lantern and Gloria Dei Lutheran Church at 33501 Stonehill Drive. For more information on services visit www.vfwpost9934.org. — DR ­