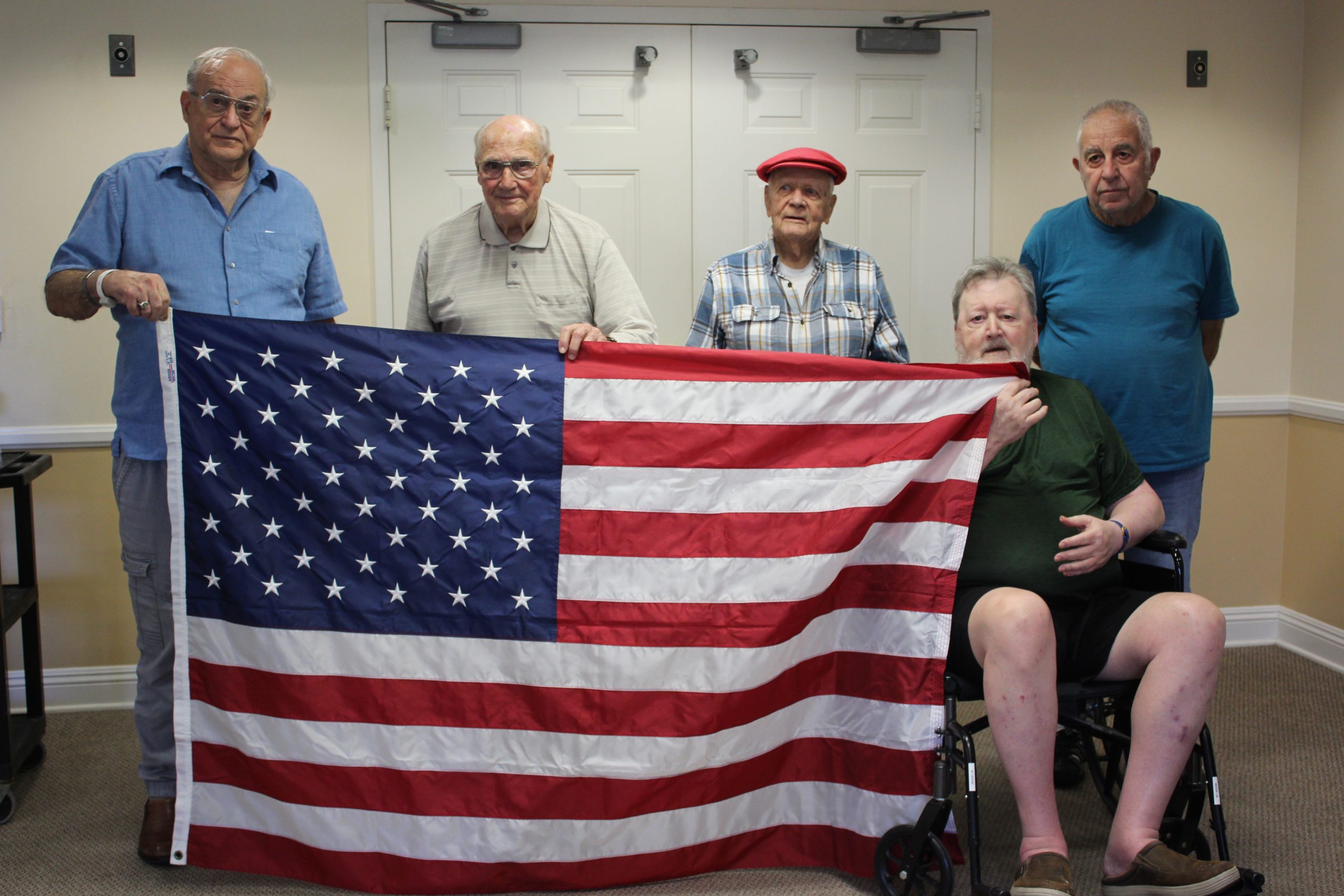 Veterans at Aegis Living Dana Point celebrated their years in service with an intimate reception and live entertainment on Thursday, Nov. 11.

The five veterans in attendance each received a framed thank you poem and a flag pin. Eric Medor, the general manager at Aegis Living, said that a Veterans Day event is held every year but staff tries to vary the festivities.

“It depends on the resident mix at the time and we try and keep it fresh because, Joe’s lived here for a long time, we don’t want to do the same thing every Veterans Day because otherwise it just won’t be special,” Medor said.

Joe Bush, an Air Force veteran, has lived at Aegis since 2019. Bush reminisced about his time flying for the Air Force as a sergeant as they transitioned from P-51 Mustang fighter planes to F-86 jet fighters. He also enjoyed playing on the Air Force baseball team during his service.

One of his favorite bases that he was stationed at was the Hamilton Airfield Base in San Pablo Bay, though Bush was particularly fond of his time stationed in England in 1950. Bush met his wife, Jill Bush while in England, when she lived just 25 miles south of the base. The couple spent the next 66 years together until Jill Bush’s passing in 2019.

The intimate reception was followed by live entertainment in the courtyard. Ryan Christopher, “the Millennial Crooner” kicked off the event with a rendition of Frank Sinatra’s “You Make Me Feel So Young.” The assisted living community often marks the occasion with a live performance.

“Our residents have lived such a full life, and we owe such a debt of gratitude to everything that they did,” Medor said. “It doesn’t matter what we do on Christmas, it doesn’t matter what we do on Thanksgiving, what matters is what are we doing on a random Tuesday, when nobody’s watching, and that is true, but that being said, it’s really important to make the holidays extra special.”