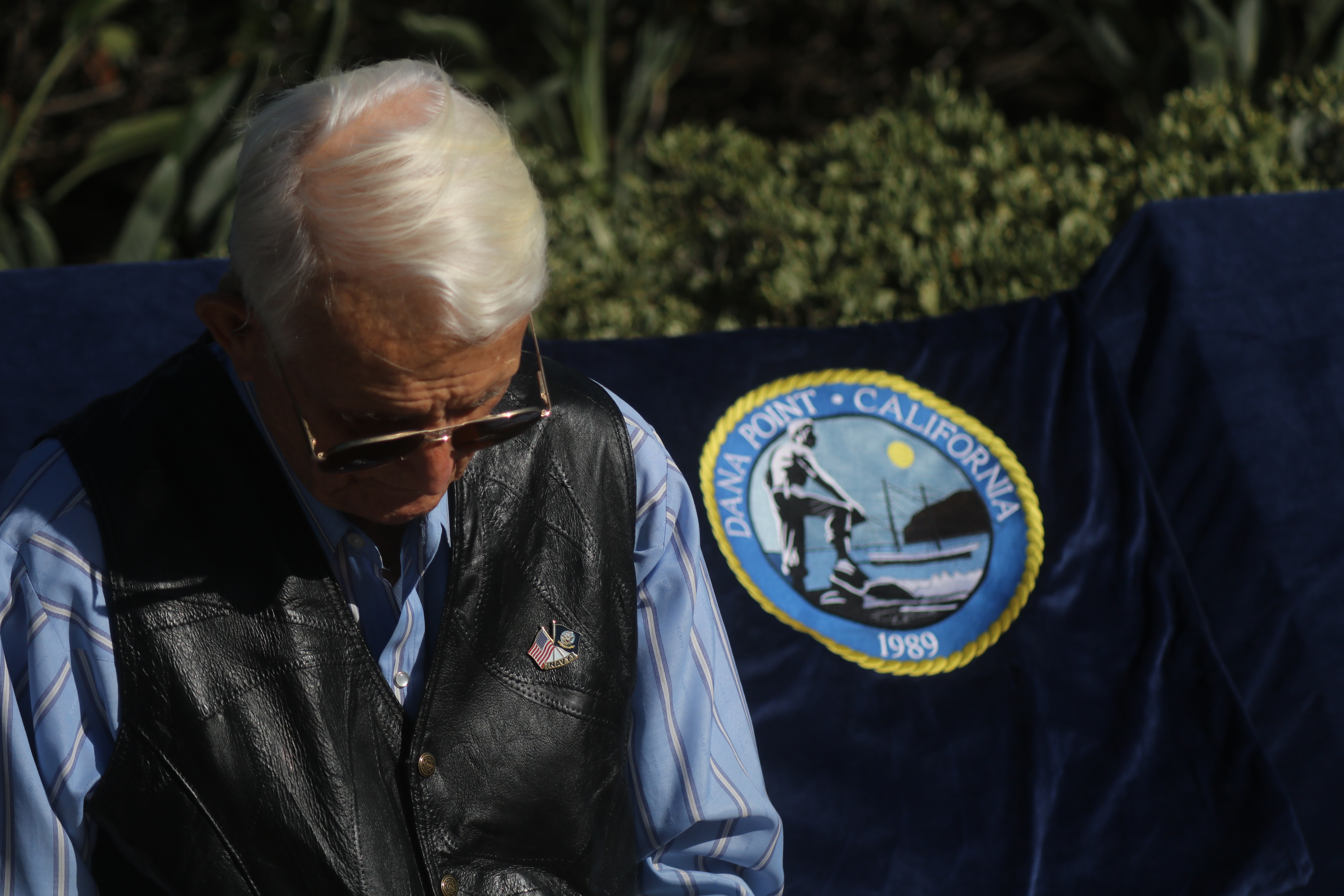 On Nov. 11, Dana Point residents and military veterans gathered at Strands Vista Park for a Veterans Day Memorial held by the City of Dana Point and Veterans of Foreign Wars Post 9934.

Veterans from a wide range of military service were in attendance including almost a dozen WWII veterans.

Closing the ceremony, President of the Dana Point VFW Auxiliary 9934 Rebecca Dulmage unveiled the memorial plaque, updated with names of veterans that have died within a the past year.

A member of the VFW Post 9934 Honor Guard closes out the ceremony with a trumpet rendition of "Taps" after a gun salute Photo: Daniel Ritz