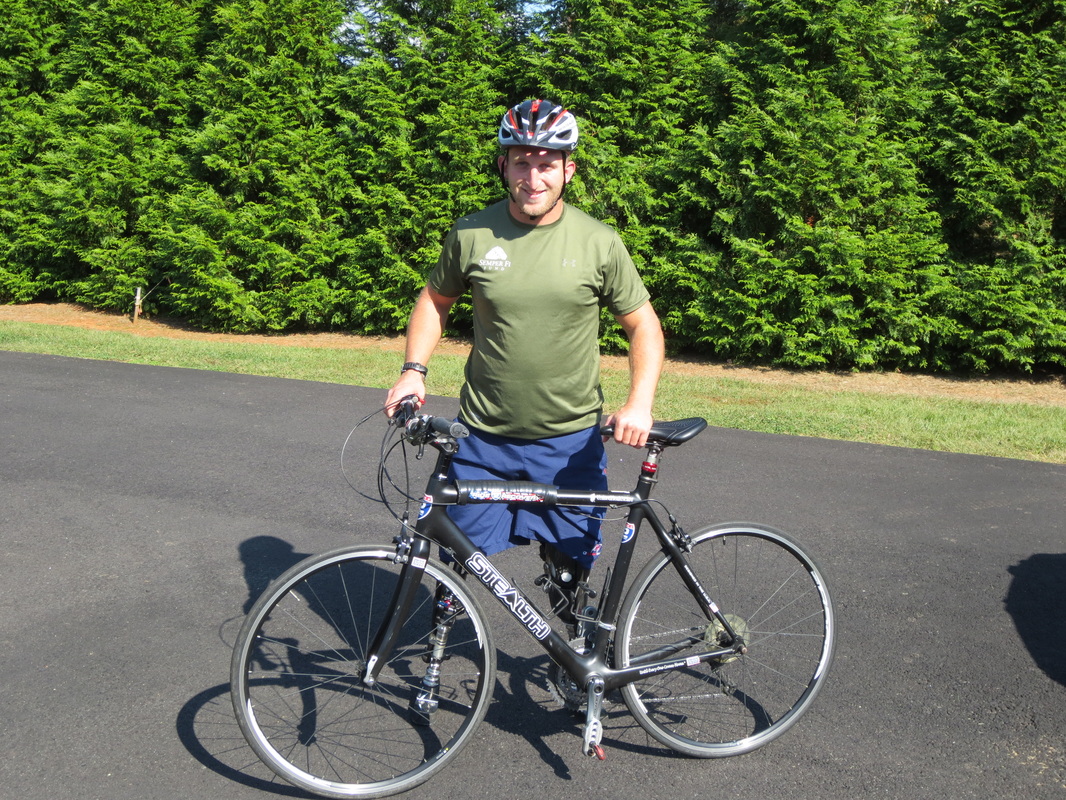 Send off will be held at 7:30 a.m. Saturday as Rob Jones finishes his ride to Camp Pendleton

Iraq and Afghanistan War veteran Rob Jones, who served in the U.S. Marine Corps Reserves from 2006 to 2011, will embark on the final ride of his cross-country trek from Dana Point Saturday, marking an end to his more than 5,000-mile, six-month journey.

Jones, of Lovettsville, Va., deployed to Iraq in 2008 and to Afghanistan in 2010. While searching for undetonated improvised explosive devices, Jones was injured, resulting in the amputation of his legs above the knee. During recovery, Jones was fitted for prosthetics and began training for the Paralympics in rowing. Jones and his partner brought home a bronze medal in 2012.

In October, Jones embarked on his next challenge: a cross-country bike ride to raise money for injured servicemen and women. Riding 30 to 35 miles a day, Jones has ridden from Bar Harbor, Maine to Southern California and is in the last stage of his ride to Camp Pendleton.

A send off and donation presentation will be held at 7:30 a.m. Saturday at the DoubleTree Suites, 34402 Pacific Coast Highway, before Jones completes his ride.

Track the final stretches of Jones’ journey at www.robjonesjourney.com.