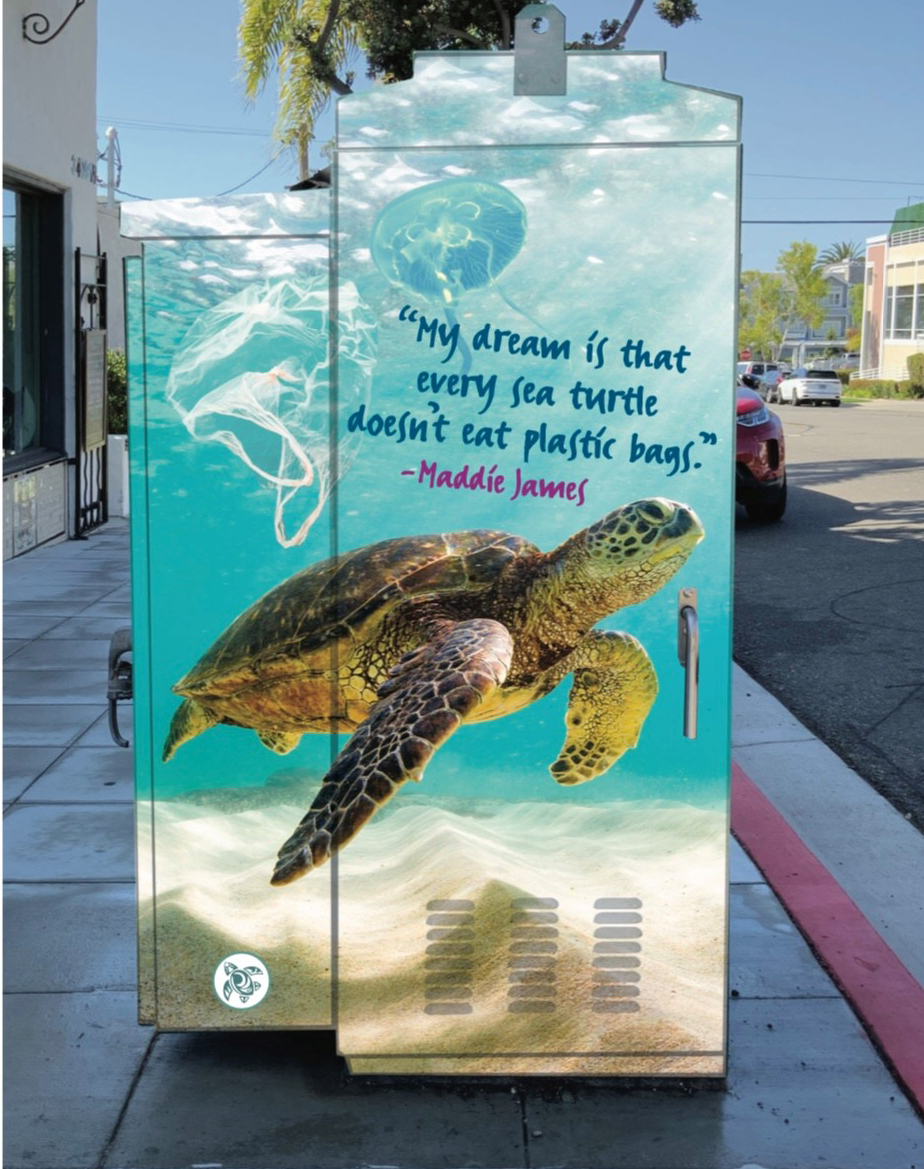 As the City of Dana Point looks to wrap up the final phase of its utility box public art program, the Arts and Culture Commission voted unanimously on Wednesday, Sept. 14, to approve designs for two additional utility boxes on Pacific Coast Highway and Blue Lantern.

“In early spring of 2011, this great city of Dana Point came together and helped the Maddie James Foundation raise $1 million in just three months,” James said. “The $1 million was donated to the Ocean Institute, which used the funds to help build the Maddie James Seaside Learning Center that opened its doors in 2013.”

After attending summer camp at the Ocean Institute, a year prior to Maddie’s passing, James said her daughter’s passion for marine life grew.

“Her already immense love for the ocean and the protection of its creatures, especially sea turtles, grew exponentially after a week of hands-on learning at the Institute,” James told the arts commissioners on Wednesday night.

During a class activity in kindergarten, just days before her diagnosis, Maddie wrote that her dream was that “every sea turtle doesn’t eat plastic bags.” That very quote will soon adorn the designated city utility box as part of the artwork that will also feature an image of a sea turtle.

“Maddie’s Dream Box not only incorporates her dream, but also sends a clear message about the importance of reducing the use of disposable plastic products and the great harm they do to our ocean environment,” James said.

A second utility box, on Golden Lantern and Dana Point Harbor Drive, is set to be replaced during the harbor revitalization. However, city staff recommended the commission approve plans to proceed with wrapping the box this year, as it is unknown yet when it will be replaced.

The Arts and Culture Commission voted unanimously to approve the formation of an ad hoc committee comprising Commissioner Ashley Keene and Chair Nancy Jenkins, who is also on the board of the Dana Point Historical Society. The two will work with the Historical Society to choose a design for the box on Golden Lantern and Harbor Drive.

The committee will comb through historical photos to select a design and will bring the proposal back for discussion at the Nov. 9 meeting.

City staff is currently in the process of wrapping the 14 boxes that comprise the final phase of the utility box public art program, with four of the 14 boxes already completed.

The art designs cover all four sides and the top of the utility boxes, and they are printed on vinyl by a vinyl wrapping company.

To view the location of each utility box and info on the artists who designed them, visit the City of Dana Point’s website.