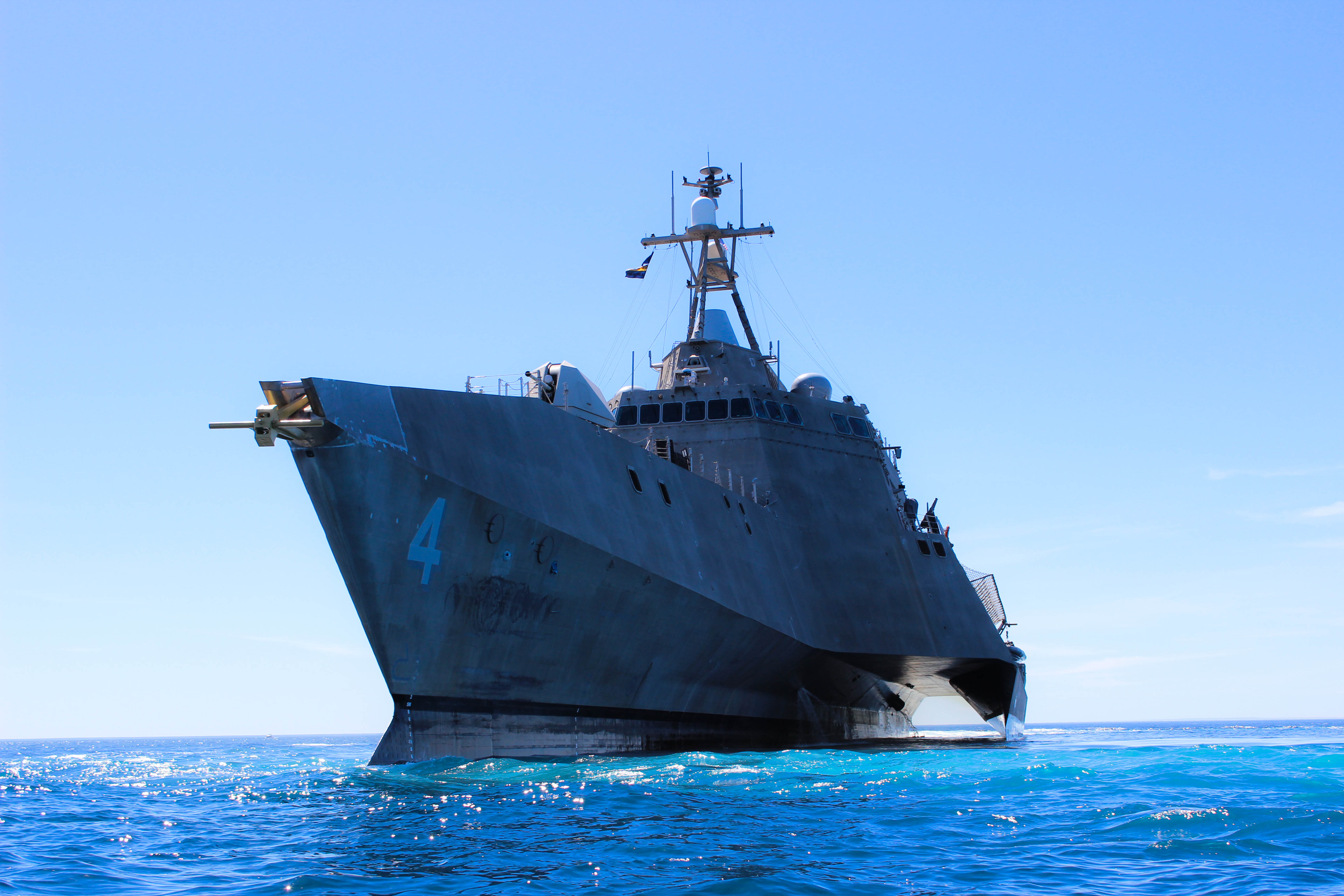 Navy’s newest, most advanced vessel under the command of Dana Point native

A day before one of the U.S. Navy’s newest advanced warships was welcomed to its home port of San Diego, whale watchers, commercial fishers and private boaters, as well as spectators on land, caught a rare glimpse of the USS Coronado near Dana Point.

The vessel arrived in San Diego on Monday, March 10, but passed by south Orange County a day prior. A reason for the visit has not yet been confirmed, but one of the vessel’s two commanders has local ties.

Cmdr. John Kochendorfer, a Dana Point native, and his crew brought the 419-foot, fast maneuvering combat ship home this week, just over a month after sailing from Mayport Naval Station in northeastern Florida. The ship has a draft of 14.4 feet. Draft is measured from the waterline to the ships lowest point.

The advanced vessel—known as a littoral combat ship—is designed for near-shore operations to combat submarine, mine and surface warfare. The USS Coronado was built in Mobile, Ala.

Along its journey, where crews checked equipment and systems, and completed certification training, the USS Coronado visited ports at Guantanamo Bay, Cuba; Colombia, Panama and Mexico.

“I couldn’t be more proud of my crew as they’ve conquered every obstacle in their way and thrived,” Cmdr. Kochendorfer said in a Navy press release.

“From day one when we departed Mobile, the crew has performed superbly and sailed Coronado with expert seamanship,” Kochendorfer said. “They’ve proven that they can accomplish anything.”

An LCS is outfitted with two rotation crews of 40 sailors and can hold up to 35 mission crew members.

A formal commissioning ceremony is scheduled Saturday, April 5 at the Naval Air Station on the ship’s namesake Coronado Island. The vessel is the third U.S. Navy ship to bear the name Coronado.