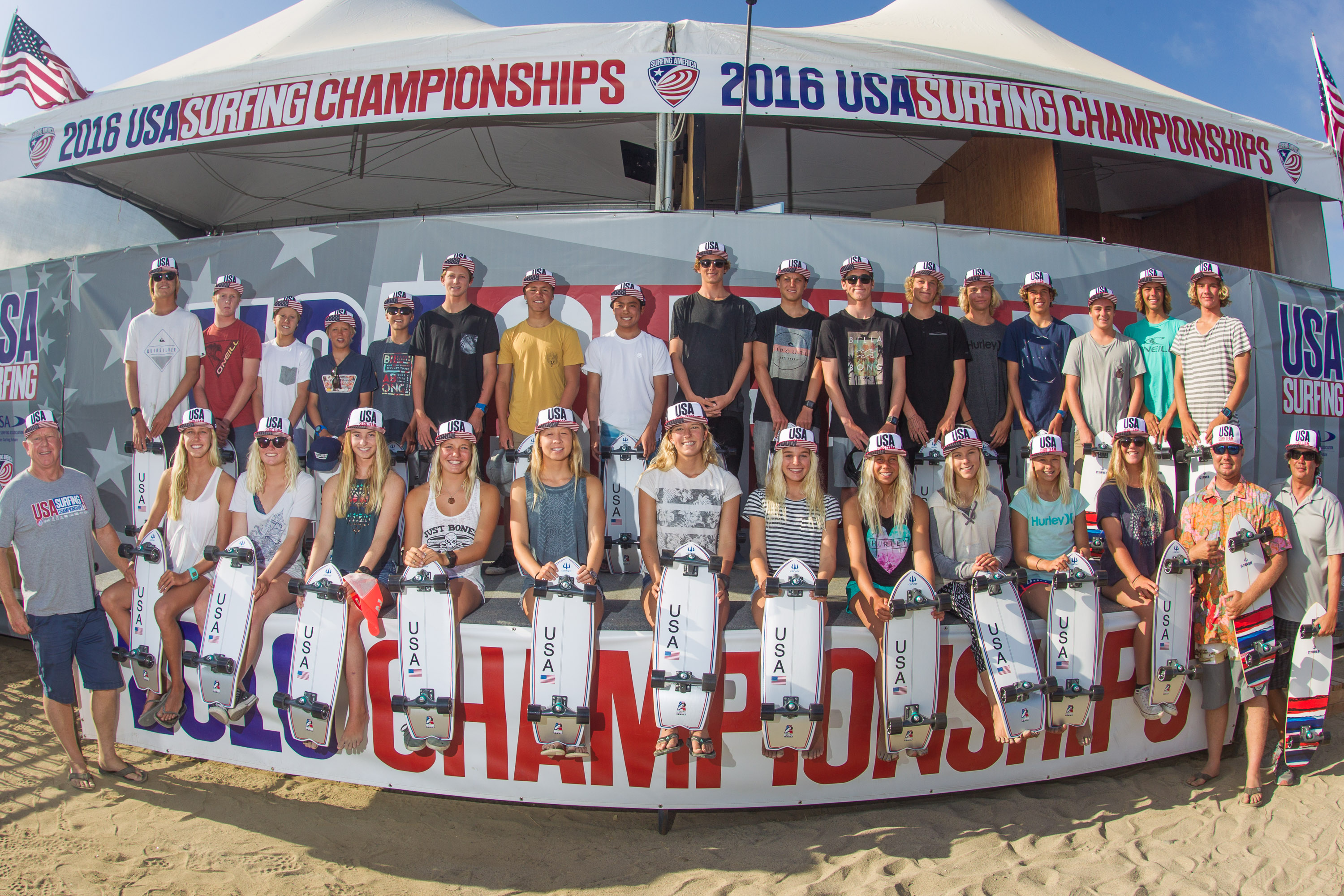 By Andrea Swayne, special to the Dana Point Times

Four days of solid swell and superb surfing culminated on June 23 with the biggest waves and most hard-fought performances of the 2016 USA Surfing Championship at Lower Trestles. Ten of 32 finalists hail from San Clemente and one took top honors.

The best surfers under the age of 18 who qualified through Surfing America (the San Clemente-based national governing body for the sport of surfing) member organizations across the United States competed for national titles in eight divisions. For competitors in U14, U16 and U18 divisions, the contest provided the season’s final chance to compete for coveted spots on the USA junior team—an opportunity to represent the country in the International Surfing Association (ISA) World Junior Championships. The U18 divisions also vied for the traditional Governor’s Cup award.

In the Girls U12 final, San Clemente’s Sawyer Lindblad faced Florida’s Ava McGowan and Hawaiians Eve Wong and Luana Silva, and brought home a third-place finish. Silva took the title with a 16.00 heat score, the product of a perfect 10.00 with a 6.00 backup. Wong was runner-up and McGowan came in fourth.

In the Boys U12 division, the campaigns of San Clemente surfers Dane Matson and Hayden Rodgers came to an end in the semifinals, earning Matson an equal fifth and Rodgers an equal seventh. The U12 champion title went to Robbie Goodwin of Massachusetts, with an 8.33 and an 8.23 for a 16.56 heat total. Hawaiians Diego Ferri, Maikai Burdine and Kai Martin claimed the second-, third- and fourth-place positions, respectively.

Marks claimed her second title of the event in Girls U16, taking the win ahead of runner-up Summer Macedo (Hawaii), Keala Tomoda-Bannert (Hawaii) in third, and Spencer in fourth.

In the Boys U16 final, San Clementean Crosby Colapinto rode only two waves, a 6.67 and 8.93, for the win. Hawaii’s Baron Mamiya came in second, followed by Matson in third, and Robbie McCormick of Florida in fourth.

The U18 division surfers battled for national titles and Governor’s Cup awards, a longstanding tradition instituted by the State of California to reward excellence in athletics and recognized with the presentation of a lead crystal trophy cup.

Brisa Hennessy of Hawaii was the champion and Governor’s Cup winner among Girls U18. Marks took second place, her third of the event, Pinkerton earned third-place honors and Sibley was fourth.

In Boys U18, John Mel of Santa Cruz was crowned champion and won the Governor’s Cup.

“The level of surfing this year was incredible, as every year the kids get more savvy and heat strategy,” USA Junior Surf Team coach Ryan Simmons said. “And, the performances in all divisions were not to be forgotten. Junior surfing in America is blossoming.”

The 2017 USA Junior Surf Team roster is as follows:
* First year on team