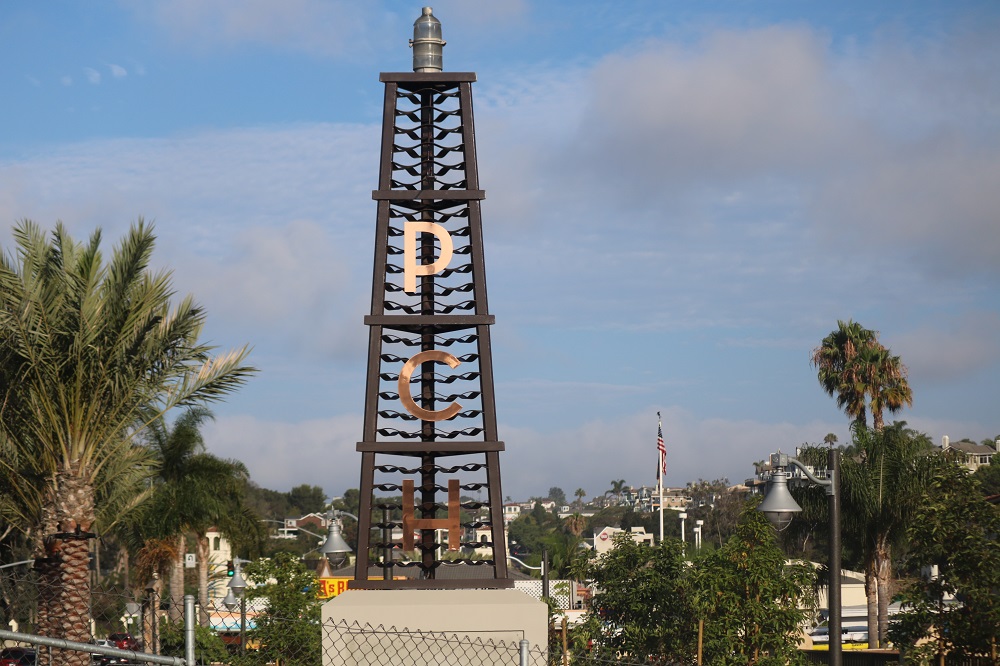 Announced in early 2017, the City of Dana Point and Zephyr, the developer of South Cove, are creating two new public plazas which will pay homage to Dana Point’s history and the region’s vibrant surfing culture.

“What remains unique to these plazas, unlike most public spaces comprised of grass, playgrounds and seating areas, is that the new parks will feature art pieces, exhibits and large-scale installations,” said Kelly Rendeers, Dana Point Economic Development Manager. “These are complex exhibits and complicated art pieces, but we are excited about the progress made to date.”

The largest and most complicated art piece is the Hobie Memorial, which will include a life-size Hobie Alter sailing a full scale Hobie Cat, all depicted in bronze.

Other items completed in the park include the installation of pavers, laid in an alternating wave pattern, lighting and landscaping.

An announcement of an opening date for the park plazas and celebration for the Hobie Memorial completion, along with other art pieces and exhibits, will be in September 2018.