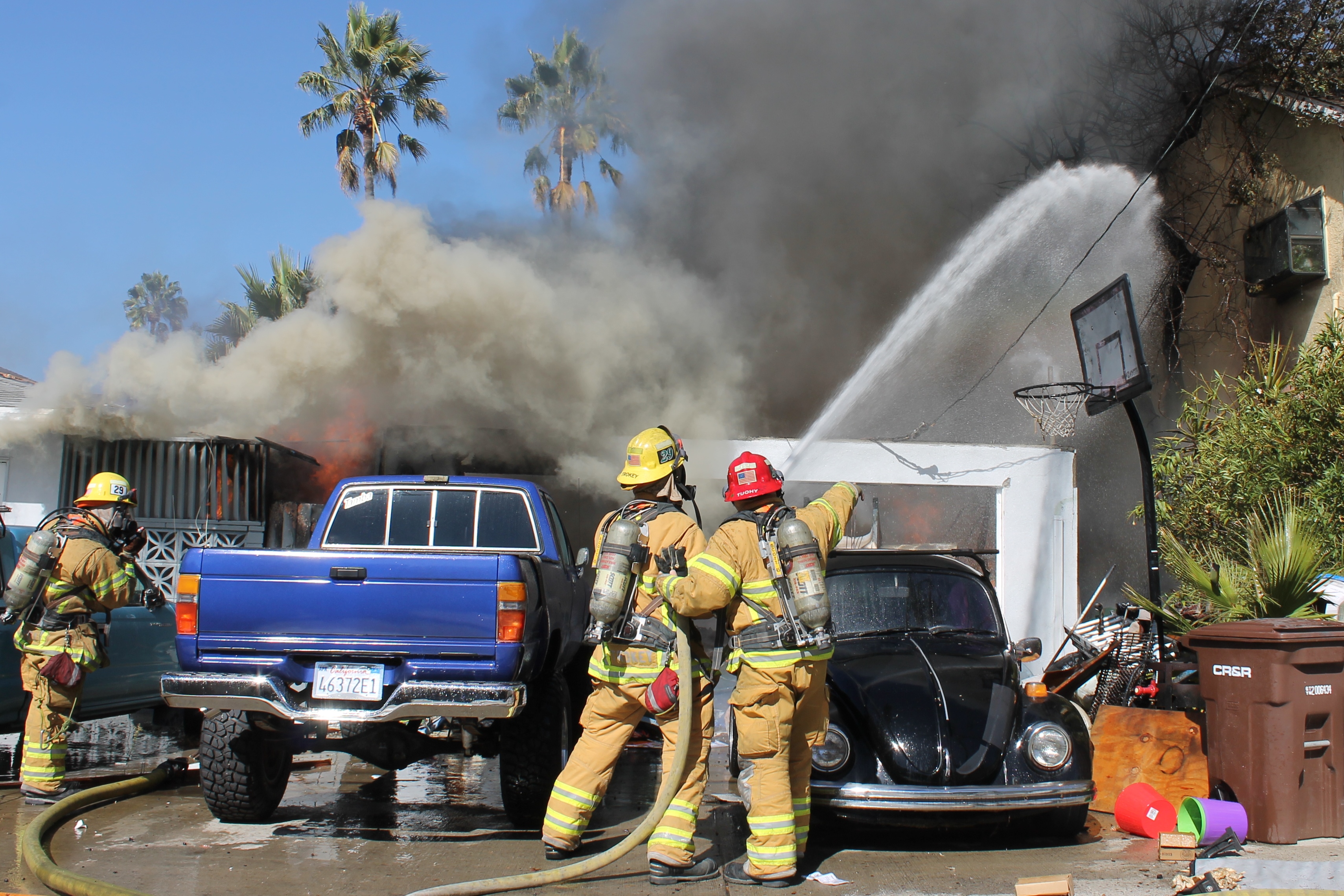 An explosion tore through a Capistrano Beach residence Tuesday afternoon where a 31-year-old man was allegedly extracting hash oil, sending debris into the air and people rushing to the street as the home became engulfed in flames, authorities said.

As the smoke settled an hour later fire and sheriff’s officials began piecing together the incident’s cause. The event is clouded, like the plume of black smoke that billowed from the single-family home, but authorities now believe the residence was home to a drug lab, and the blast, the result of an experiment in THC extraction gone bad.

Speculation swirled Tuesday after a loud boom shook residents and shattered windows on the quiet Capo Beach street of Vista Del Mar that was soon overrun by Orange County Fire Authority and sheriff’s deputies. As night rolled in, authorities affirmed some suspicions.

“Evidence located at the scene, including marijuana and butane, indicates that the garage where the explosion and fire occurred was being utilized as a THC extraction lab,” Orange County Sheriff’s Department spokesman Lt. Jeff Hallock wrote in a statement.

Hash oil, also known as honey oil, shatter, wax, dabs and earwax, is made by extracting THC—or tetrahydrocannabinol—the chief intoxicant found in marijuana, from the finely ground stems and leaves of marijuana plants, in a process involving the flammable butane gas in liquid form. The extracted product can then be boiled in a water bath to evaporate the butane, leaving behind a highly concentrated dose of THC.

Butane hash oil, a sticky liquid ranging from amber to dark brown in color, averages about 15 percent THC, according to the U.S. Drug Enforcement Administration. A drop or two can be as potent as a marijuana cigarette, or joint.

While hash oil is not new on the drug scene, county law enforcement officials have seen a rise in the number of incidents involving extraction lab explosions over the past year, said Kent McBride, an investigator with the OCSD Hazardous Devices Section.

In the last 12 months the section, also known as the county’s “Bomb Squad,” has responded to 14 cases similar to the one in Capo Beach, McBride said. He was quick to note those were only the events his department has responded to, and more could be unreported.

The Hazardous Devices Section responds to blasts countywide when requested by other agencies. Its investigators sweep sites for any explosive hazards and attempt to identify the explosion’s point of origin. The section responded Tuesday after authorities discovered butane and marijuana at the scene, Hallock said.

Within 30 seconds of the booming sound, black smoke and flames towered above the home, near the corner of Vista del Mar and Calle del Sol, and people nearby rushed into the home and neighboring properties yelling for occupants to get out.

“We felt an explosion that shook the whole house underneath us,” said Eddie Edwards, who lives nearby on Camino Capistrano.

“Immediately, we saw black smoke, ran down the alley, kicked the gate in and ran in to make sure nobody was in the house next to it,” Edwards said.

The Orange County Fire Authority received multiple calls about a large explosion on the 26000 block of Vista del Mar, according to OCFA spokesman Steve Concialdi. Approximately 60 firefighters responded to the two-alarm blaze, he said.

The garage door had been blown off and was in the alley across from the property, Concialdi said. Fire officials deemed flames “knocked down” by 12:54 p.m., but white smoke continued to rise from the burnt structure for a time thereafter. Entering the garage, authorities discovered propane and butane bottles and a deceased dog among the charred remains.

Next door neighbor Ashley Link was inside her two-story duplex when she heard the explosion.

“We just got a dishwasher delivered. We were unpacking it … and all of a sudden we heard a big explosion,” Link said. “All of our windows broke from the explosion, our bedroom door popped open. We look over and our next door neighbor’s garage had just exploded.”

Small, continuous popping noises were heard coming from the residence as the fire blazed, and windows of area businesses and residences shattered from the blast.

“It was really scary,” Link said. “I literally thought my house was going to fall down on me.”

Link, who lives in the duplex with her grandmother, mother and fiancé, said everyone in her residence got out without issue. She said a family, including three or four children, lives in the home. The children were at school at the time, she said.

One man was in the home at the time of the explosion, Hallock said. The 31-year-old suspect, who has yet to be named, was severely burned. He was treated at the scene and transported to the burn unit at Western Medical Center in Santa Ana. Hallock said the man was in serious condition.

Another neighbor Marquis Collins, who lives on Vista del Mar, said he was making lunch when he heard an explosion that sounded “like a bomb.”

“The blast blew the screens off our windows,” he said.

“We ran over to see if anyone needed help and saw one of the men who lives there walking out of the house, his clothes were on fire and he was bleeding,” Collins said. “We tried talking to him, to ask if anyone else was in the house. He was incoherent. He couldn’t answer.”

The cause of the fire is still under investigation. Charges relating to the incident have not been filed. The suspect remained in the hospital Wednesday, Hallock said.