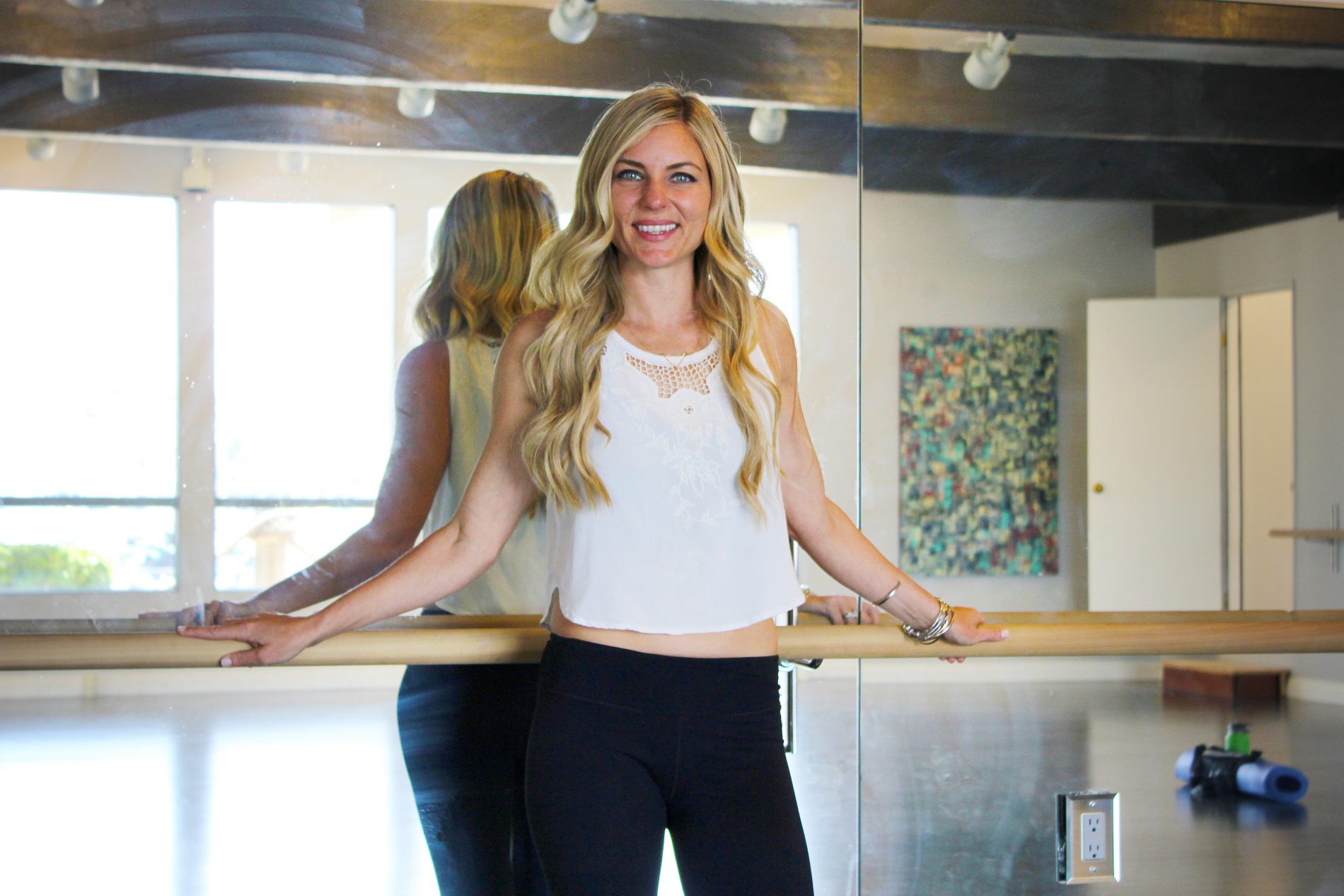 An Unfolding Story: The yogi behind Yoga in the Park, iHeartYoga shares her unique experiences

At Lantern Bay Park, you can hear the waves crashing at Doheny, the wind rustling tree branches, and children playing in a nearby playground. Of course on most mornings, you’ll also come across about a couple dozen people doing yoga.

On a recent Monday morning, the skies were a perfect blue, there was a slight breeze, and Elsa Stephen walked between the rows of people stretching on yoga mats and blankets. In front of her, there were probably 40 people, all closing their eyes as they finished an hour-long yoga class.

Yoga in the Park takes place every morning, and three days a week at sunset during the spring and summer months.

“I started teaching in the park right when I got certified,” Stephen said of the group’s beginnings.

She said she asked a group of friends to let her practice a routine on them, which she laughs about now.

“They looked miserable,” Stephen laughed. “But, at the end they said, ‘This is amazing, we should do this every week.’”

The group started meeting every Tuesday morning. During those early days, there was about six or seven people in attendance.

“They then started inviting friends, who would invite friends; six months into it I said, ‘My friends aren’t even here anymore, I don’t know who these people are,’” Stephen said. “There was probably 20 or so people coming every week.”

Stephen said at the time, it was a part-time gig. But as she grew more comfortable with her teaching, she began accepting donations.

“After another six months I was making more money from my donation class than my actual studio classes,” Stephen said.

A year after park yoga began, Stephen said they introduced more days to the schedule, and it turned into a community event.

“It was super cool, you’d see people riding by on their bikes, people stopping to ask about it,” Stephen said.

Stephen eventually added a couple more instructors to her roster, and it only continued to grow.

“There could be some days where 100 people will show up; most yoga studios don’t see 100 people in one day,” Stephen said.

Stephen also started Yoga at the Mission, which brings clients to the Mission San Juan Capistrano during the warmer months; Bend and Brew at Left Coast Brewing Company in San Clemente; Stand-Up Paddleboard Yoga with Westwind Sailing; and more.

Two years ago, Stephen and her husband, John, began to search for a home for the business.

“My husband said we should just try it, the worst case scenario would be if we failed, the best case would be if it worked,” Stephen said. “He said, ‘You don’t want to look back and not have tried it; it will bug you more if you don’t give it a shot.’”

Their current home was the first space at which they looked, Stephen said, and when she walked in, she began to imagine the possibilities.

“My eyes were bugging and all these ideas came to my head,” Stephen said.

The studio has been open for a year and a half, and Stephen said the first year was difficult.

“It was a little bit of a slow start,” Stephen said. “You get discouraged and frustrated. People tell you it’s way harder to run a business.”

She doesn’t know whether it took some time for people to get into the rhythm of going to the studio for classes, but she’s thankful for the support of her instructors.

“We have some of the best teachers in town; they believe in the business and they believe in me,” Stephen said. “Half of (our) teachers have been here since day one. And they’re phenomenal.”

A year after the studio opened, iHeartYoga expanded and now has a retail space and reception area.

“I think it was just the natural progression,” Stephen said about the new space. “I think it makes us more of an established business. It feels good.”

Stephen said people ask her what it’s like to have her dreams come true, and she admits the dream was not on the original agenda for her life.

“I think everything happened super organically,” Stephen said. “But, if you asked me 10 years ago, I wouldn’t even be able to imagine this. It’s better than I hoped or dreamed.”

Prior to her yoga career, Stephen said she was a bicycle tour guide but during the off months, she would return to her lifelong home of Dana Point.

“I always liked the way yoga made me feel but not knowing necessarily why,” Stephen said. “I’m pretty strong and fit but I couldn’t even touch my toes when I started teaching. But, whenever I got out of a class I would want to hug strangers, give high-fives, it was almost like a yoga high, and it would last for an hour or so.”

She said in between seasons of tour guiding, she took a certification class and fell in love.

“It wasn’t the intention to be a yoga studio owner, it was just something I liked, and it was a nice skill to have,” Stephen said. “Once I started, I was addicted.”

Throughout the day, iHeartYoga offers a variety of classes, from the beginner levels to the advanced. Stephen said the group’s success was not a solo thing.

Her husband, John, has been the “man behind the scenes,” Stephen said.

“He makes everything work,” she added.

She said he encouraged her to create a Facebook page, helped make the logo come alive and worked with her on the website.

“We have cameras, computers, a software system, and he’s done all of that. I wouldn’t have been able to open a studio without him,” Stephen said.

After Yoga in the Park, Elsa was behind the counter helping a client register for a class, and she answered questions regarding levels of difficulty for her classes and straightened some retail items.

“Before, I would teach 15 classes a week and that was my job,” Stephen said. “Now we have instructors and 5,000 students a month and that’s my job, and teaching is on the side.”

When asked if she regrets that, she smiled.

“It’s super exciting, I’ve been teaching yoga for nine years, and it’s kind of fun to do something new and have your brain work in a different way,” Stephen said,

She added she gets to pick out clothing for the retail space and work with other local business owners to bring in those items.

Moving forward, Stephen said she’d like to see the studio’s Mexican yoga retreats more connected to an orphanage that recently opened nearby.

“I’d love to see us get more hands-on involved,” Stephen said. “Some philanthropy work; as a studio, and a community, we can support a cause greater than us. That’s been on my mind a lot.”

She said she’d like to see, at least, three of the upcoming retreats be geared toward helping out at the orphanage.

She said expanding into two locations is not on the radar, but it’s not a definite no like it might have been during the first year of the business.

“Working with the orphanage and expanding in that way is more of where my heart is right now,” Stephen said.

To see the group’s full list of classes, visit iheartyoga.org.