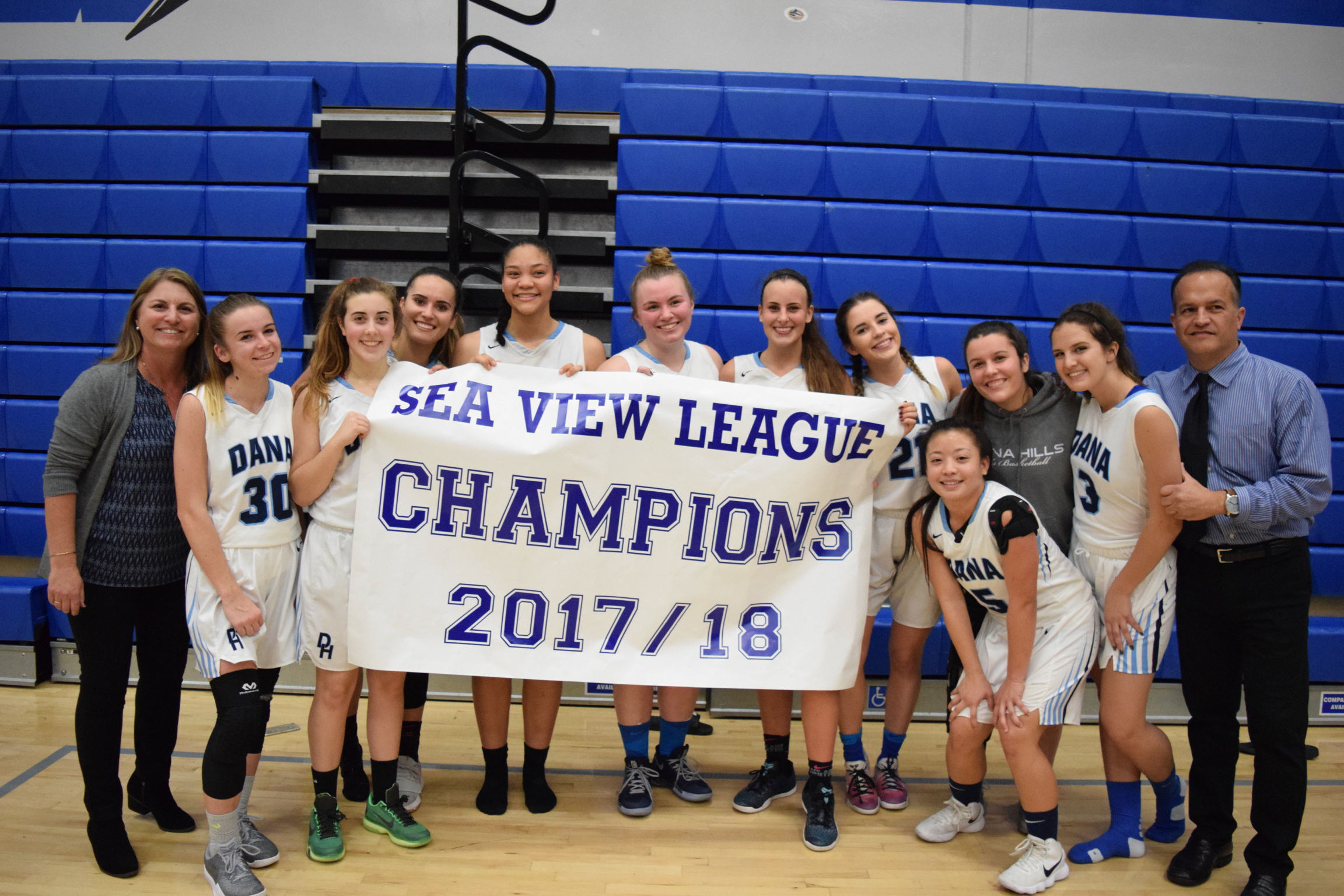 The Dolphins had finished second in the Sea View League each of the last two seasons, but they blew away the competition for their first league title since 2013 and first outright league title in program history.

But Dana Hills has a second grievance to cross off its list as it opens the CIF-SS Division 2A playoffs on Saturday, Feb. 17.

“We feel like we have unfinished business in CIF,” Dana Hills coach Anne Honey said, “because the last two years we’ve gone to the first round only and were stopped in overtime both times. We’re very dialed-in with unfinished business on that front, understanding that we need to get the job done on Saturday night.”

The Dolphins already have one positive as they’ll start the playoffs in the second round after earning a first-round bye. It’s a bit of needed rest that they’re taking in stride, but Dana Hills doesn’t plan on letting up.

“We definitely changed our mindset,” junior Maya McArthur said. “It’s preparing ourselves so we can handle anything that we get. It’s mostly our mentality facing what we’re going to get on Saturday. Our practices are definitely amped up. We’ve realized it’s not league anymore, and we’ve got to step it up.”

The Dolphins have been in full swing since the season began with a natural chemistry that feeds a strong transition game.

“This group of girls has been playing together since they were in fourth or fifth grade,” Honey said. “They’ve grown up together. They’re almost like cousins in a way. They know each other really, really well. That helps when they’re on the floor and the chemistry translates to the history they have together.”

One thing that has made the Dolphins more effective is the introduction of McArthur. After transferring last year and sitting out to become eligible, McArthur has become a key down low to limiting opposing chances and kick starting the fast breaks.

“My biggest role on this team is rebounding and defense,” McArthur said. “Of course, I contribute on offense. But I usually try to spend most of my energy getting rebounds and kicking it out, getting it up the floor as fast as we can.”

McArthur is averaging a double-double this season with just over 14 points and 14 rebounds per game.

The Dolphins have their scorers too with sophomore Maicie Saia leading the team in scoring. The outside shooter scored over 20 points in five of eight league games.

Olivia Chambers also stepped up into a scoring role after senior Peyton Romo went down. Romo, a captain who signed on to play basketball at Lewis and Clark University, tore her ACL just days before the league campaign.

“With Peyton Romo’s injury, (league) just took on a whole different significance with our team and me,” Honey said. “We got in this lockdown mode and we’re going to march through this. There’s no other result than what we got.”

Dana Hills will take that determination to finish another piece of business.