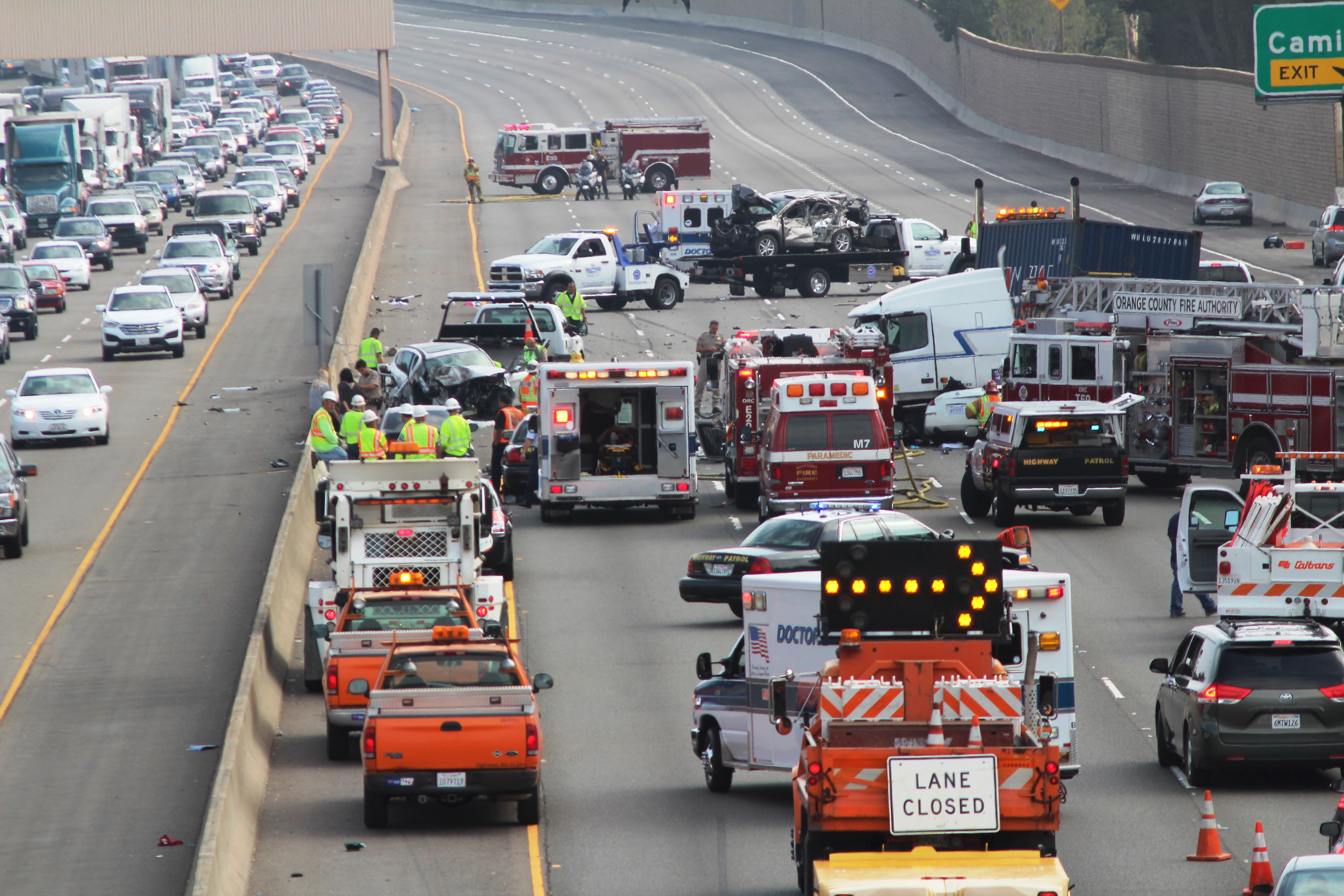 Nine were injured in an accident on Interstate 5 Thursday afternoon after a semi-truck traveling northbound jackknifed, broke through the center divider near the Camino de Estrella exit in Capistrano Beach and crashed into oncoming traffic on the southbound side, California Highway Patrol officials said.

A preliminary investigation indicated a northbound traveling tractor-trailer, driven by a 47-year-old Whittier man made an unsafe move to the left, said California Highway Patrol spokesman Jon Latosquin. The truck proceeded to crash through the center divider into southbound traffic lanes where the accident occurred between multiple vehicles.

The driver of the semi-truck struck four of the vehicles directly, according to a press release from the CHP. An additional vehicle, a Toyota driven by a man from Vancouver, Wash., swerved in an attempt to avoid the trailer and sideswiped a vehicle driven by a man from Dana Point. The final vehicle affected was struck by debris, the release said.

The injured parties included two children, a 1-year-old boy and 3-year old girl, who were in a 2014 Kia with a 38-year-old man, all from Orange. The other cars involved, each with a single occupant, included residents of London, England; Sun Valley, Idaho; Yorba Linda and Santa Monica.

No arrests were made. The driver of the semi had minor injuries but said he would seek his own medical care. The Dana Point man suffered no injuries.

The freeway reopened after more than three hours. Traffic was slowed throughout the area for much of the day as motorists tried to go around the closed portion of the freeway.

All nine injured parties were transported to area hospitals, said Lynette Round, spokeswoman for the oRange County Fire Authority. Four patients were taken to Mission Hospital in Mission Viejo, three to Western Medical Center in Santa Ana and one to Saddleback Memorial Center in San Clemente. One patient was airlifted to UCI Medical Center in Irvine due to trauma centers being full with accident patients, Round said.

Two passengers in the Kia, a 38-year-old man and 1-year-old boy, had moderate injuries according to the release. A 66-year-old man from Santa Monica, the driver of a 2004 Nissan, was transported to UCI Medical Center in Irvine via helicopter, with injuries considered “major” by authorities.