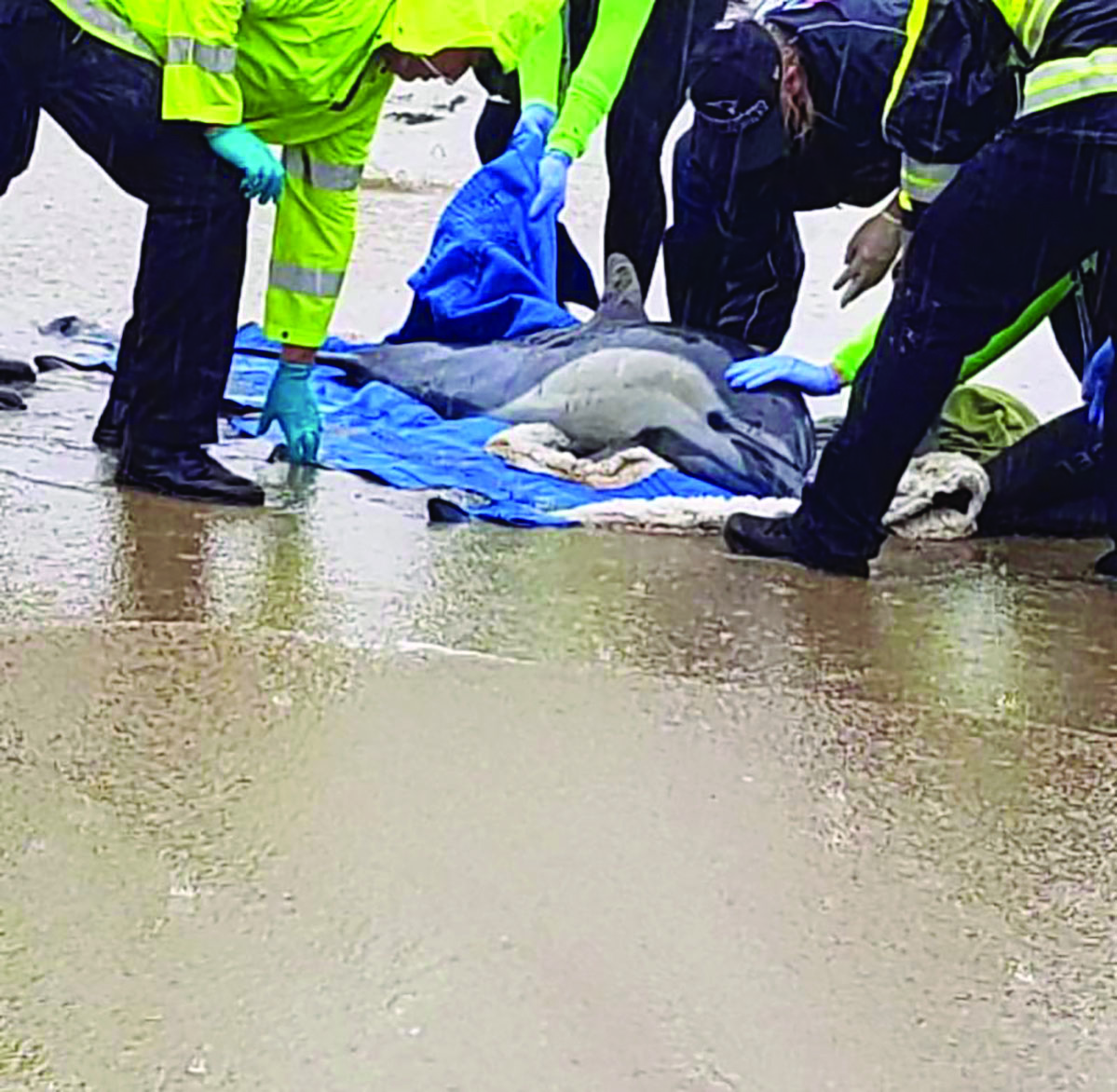 As two dolphins died after washing ashore in Dana Point during the last week of July, researchers at Pacific Marine Mammal Center are gathering test results for the dolphins that beached on local shores earlier in the year.

“All the dolphins we’ve attempted to rescue have died,” said Krysta Higuchi, a spokesperson for PMMC. “The autopsy process for these dolphins is a long process. We’re just now getting results for the 10 dolphins that beached within 30 days, and it’s been frustrating. . . . The results are somewhat inconclusive.”

Higuchi says test results have shown an inflammation of the brains and brain tissues of dolphins that washed ashore.

“We tested for diseases that brain inflammation implicates, but the results have come back negative,” Higuchi said. “So right now we don’t know, and we might not ever know, what is causing these dolphins to die.”

The cetaceans that have beached themselves and died have been common dolphins, with the exception of one. According to PMMC, the dolphins have varied in age, size and gender.

WHAT’S NEXT: Officials with PMMC ask that if you see a beached dolphin to contact the organization at 949.494.3050. Do not attempt to redirect the dolphin back to sea.

“People have the best intentions of wanting to help a dolphin back toward the open ocean,” Higuchi said. “But this often does more damage. The beach is the last place a cetacean wants to be, so if they’re attempting to beach themselves, there’s something seriously wrong.”