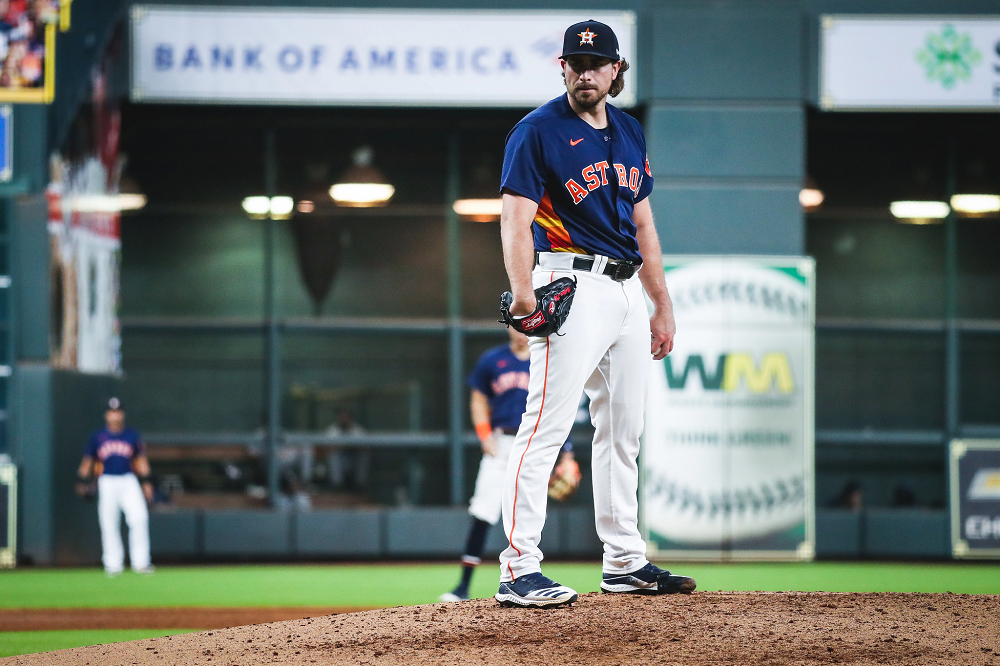 The Dana Hills baseball program began the MLB season with two former Dolphins on big-league rosters, another top prospect waiting in the wings to get back and several more looking to make their mark.

Taylor, 26, is in his third MLB season—all with the Astros—and fresh off his first World Series appearance. Taylor was originally drafted by the Pittsburgh Pirates in the second round of the 2013 MLB Draft.

This season, Taylor opened the season in his hometown ballpark at Angel Stadium in Anaheim. Taylor appeared in two games, pitching a total of one inning, allowing one hit and striking out one. Taylor has a total of three appearances this season covering 1 2/3 innings, allowing one hit with two walks and one strikeout.

Williams, 25, made a stunning MLB debut with the Phillies last season after being drafted by the team in the third round of the 2015 MLB Draft. Williams earned his first MLB hit in his first big-league at-bat, and the next day, the infielder made his first start and ended the game with a walk-off home run, his first MLB homer.

When spring training finally started after the offseason lockout, the Phillies designated Williams for assignment and traded him to the San Francisco Giants. Thanks to an injury to second baseman Tommy La Stella, Williams made the Opening Day roster and will be a utility player for the Giants with the ability to play every single position on the diamond, aside from pitcher and catcher.

In three games so far this season, Williams is 2 for 5 with a double and three RBI.

Crouse, 23, made his MLB debut for the Phillies last season as a September call-up. The right-hander was originally drafted by the Texas Rangers in the second round of the 2017 MLB Draft and was traded in July of last season.

Crouse is rated as the Phillies’ No. 6 overall prospect and No. 3 pitching prospect by MLB. Crouse opened his season in Triple-A with the Lehigh Valley Iron Pigs on Saturday, April 9. Crouse threw 3 2/3 innings, allowing three runs and two hits—both home runs—with two walks and five strikeouts.

There are three other Dana Hills graduates still in minor league baseball.

Peter Tago, 29, is in the Giants organization with the Triple-A Sacramento River Cats. The right-hander has made three appearances totaling three innings, allowing two runs and three hits with a walk, two hit batters and one strikeout. Tago was originally drafted by the Chicago White Sox sixth overall in the 2014 MLB Draft and has yet to make the big leagues.

Justin Sterner, 25, is in the Tampa Bay Rays organization with the Double-A Montgomery Biscuits. The right-hander has made one appearance, allowing one hit and no runs in one inning, with one strikeout.  Sterner originally signed a free agent deal with the Miami Marlins in 2020 and was traded to the Rays organization in 2021.

Marrick Crouse, 24, older brother of Hans, is in the Atlanta Braves organization with the High-A Rome Braves. The right-hander has made two appearances covering two innings, allowing eight runs and three hits, including a home run, with five walks, two hit batters and six strikeouts. Crouse was originally selected by the Toronto Blue Jays in the 11th round of the 2015 draft but chose to play in college at USC. Crouse signed a minor league contract with the Braves in 2019.