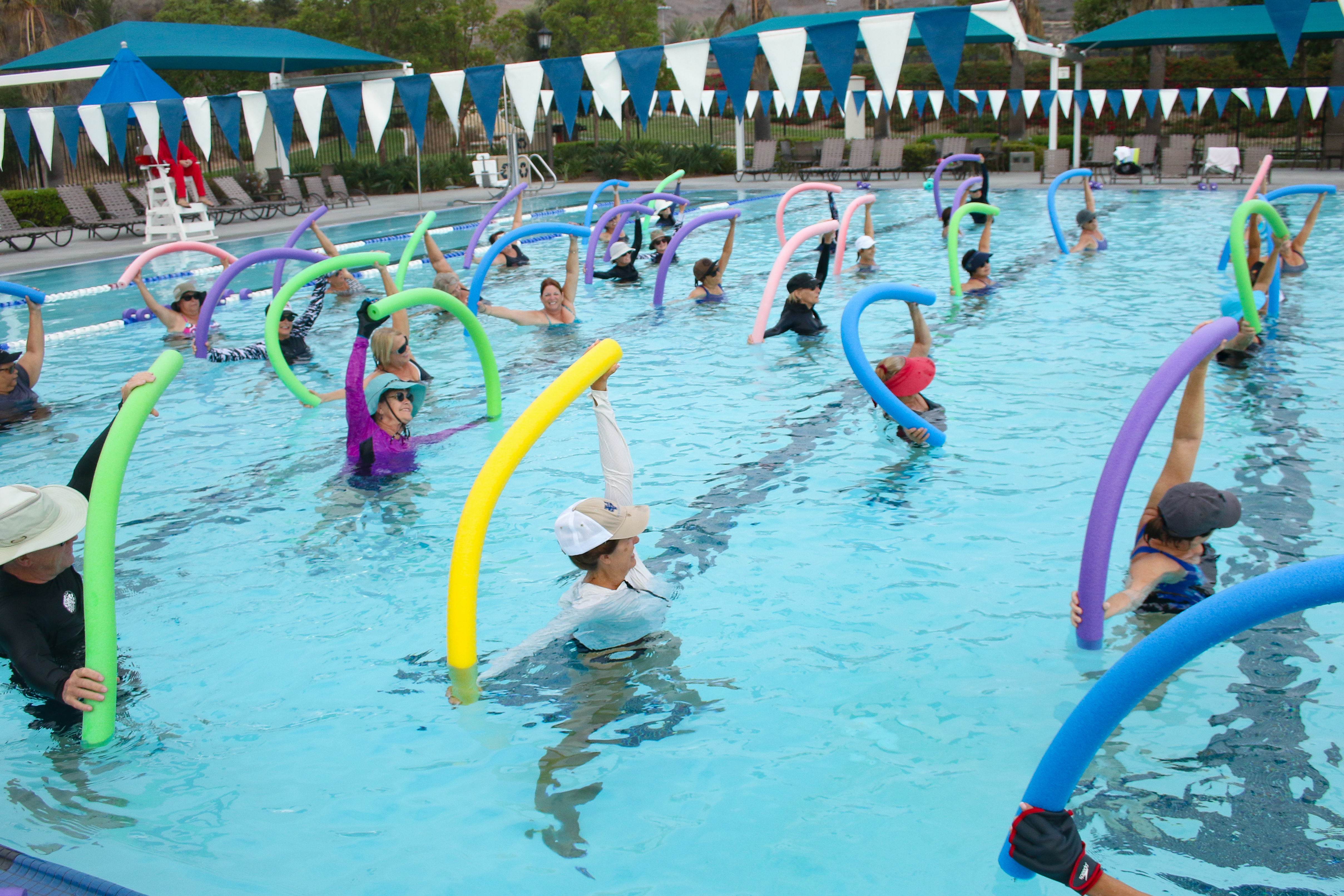 Staying active is key to living a longer and more fruitful life. Many activities that are beneficial not just to seniors but to all ages can be found around the local areas.

Peggy Hall, a water fitness instructor at the San Clemente Aquatics Center, said there are many health benefits to water aerobics and other exercises.

“The water creates an environmental and constant resistance on your body, unlike weightlifting or exercise classes,” Hall said, adding that this is beneficial for all ages, but especially older people who may experience joint pain from dry-land exercises. “There’s something called hydrostatic pressure, and this has been measured at a constant 12.5 pounds of resistance on your body when you’re working out.”

Hall said because you’re in the water, perspiration is minimal and keeps you cool, which helps those who have high blood pressure and other ailments. It also reduces the risk of over-exertion or heatstroke.

“You have oxygenated every cell of your body,” she said.
Working out in the water can stimulate the mind, because of the effort to keep yourself afloat or at least above the waterline.

“You’re constantly being challenged to use your mind.”

Regardless of confidence or lack thereof, a lifeguard is always on duty during the classes at the Aquatics Center.

“You don’t need to be a swimmer, non-swimmers are welcome,” Hall said.

Making rapid expansion throughout the United States and internationally, pickleball has become one of the most popular and fastest-growing sports, according to Manny Romero, the San Clemente representative for the USA Pickleball Association (USAPA).

Pickleball is a smaller version of tennis that typically involves using lighter paddles and a hardened whiffle ball.

“It’s a good way to get exercise without exacerbating a lot of physical injuries,” said Romero, who was an avid tennis player for decades until his knees wore out. “Most of the seniors play doubles, and the good thing of the sport is you don’t have to move far.”

Romero said as long as you’re mobile, the key is to work on hand-eye coordination. He said that he’s seen people ages 13 to 82 play against one another, and they’ve had competitive games.

The time it takes to complete a match of pickleball can be significantly shorter than tennis matches or other sports, depending on how it’s played. The courts are also smaller, so you don’t have to exert quite as much energy, especially when playing doubles.

Romero said the sport is likely to have 12 million people playing by the year 2020. The USAPA has recently teamed up with the Amateur Athletic Union (AAU) and has competitive divisions for all ages and skills.