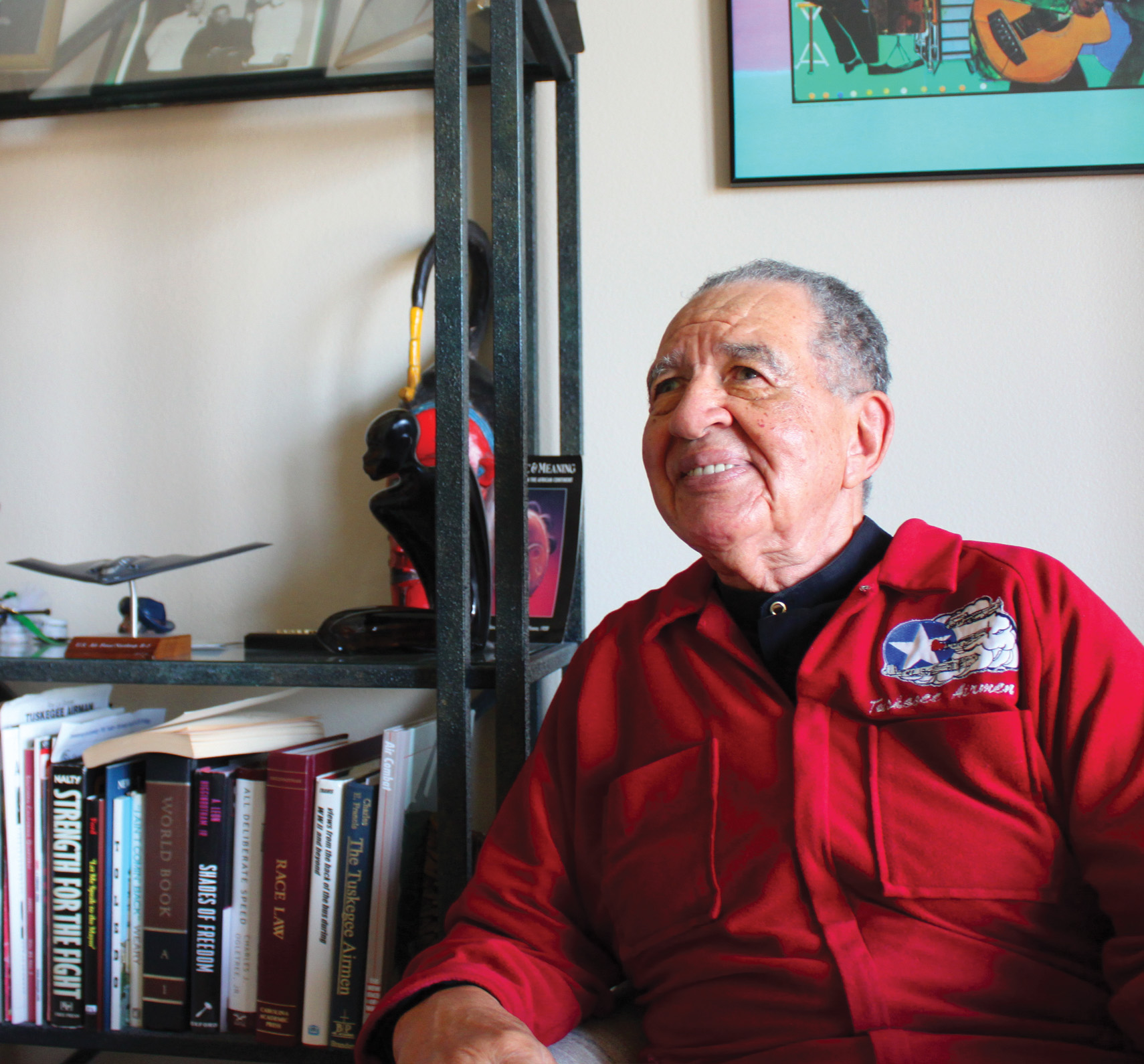 Longtime Dana Point resident and World War II Tuskegee Airman, Mitchell “Mitch” Higginbotham, died on Sunday, Feb. 14 in Rancho Mirage. He was 94 and would have celebrated his 95th birthday on March 2.

A 16-year resident of The Fountains at Sea Bluff, the popular and civically active veteran moved to a nursing home in Rancho Mirage about two years ago to be closer to his brother Robert, also a Tuskegee Airman.

“Mitch was well-thought-of and highly-regarded by everyone here at The Fountains,” said Terry Brown, executive director at The Fountains. “He always had a moment for anybody who wanted to talk with him and would never hesitate to have an opinion on any topic, whether politics, the Lakers—which he loved—or his experiences during the war. He was missed from the moment he left Dana Point.”

As a member of the Tuskegee Airmen, the United States’ first all-black aerial combat unit trained in Tuskegee, Ala. at the Tuskegee Institute Airfield, 2nd Lieutenant Higginbotham and his fellow airmen played an early role in breaking down the racial segregation of African Americans in the Armed Forces.

Higginbotham served as a consultant to movie director George Lucas for the 2011 movie, Red Tails, a historical fiction film telling the stories of Tuskegee Airmen. A 1995 HBO movie also chronicled the Red Tails’ story and was promoted with the tagline: “They fought two wars: One against the Nazis abroad/One against racism at home.”

Following WWII, Higginbotham earned a master’s degree in labor relations from the University of Colorado and then went to work at the Urban League of Pittsburg. He was also employed at the Greater Pittsburgh Airport before relocating to Los Angeles where he worked as an LA County probation officer until retirement.

“Mitch was a walking piece of history and a hero we in Dana Point were fortunate to have in our midst for so many years,” said friend Pete Hammer. “He will be sorely missed. May Mitch fly high with the angels and rest in peace—my hero.”

Higginbotham is survived by his brother Robert (also a Tuskegee Airman), sister-in-law Margaret and two nephews, Robert and Michael.

In lieu of flowers, the family is asking that donations in memory of Mitchell L. Higginbotham be made to the Tuskegee Airmen National Scholarship Fund, he and his brother helped found. For more information about the fund, call 213.742.9541 or visit www.taisf.org .

To learn more about Higginbotham, see the 2010 cover story profile on Higginbotham below.