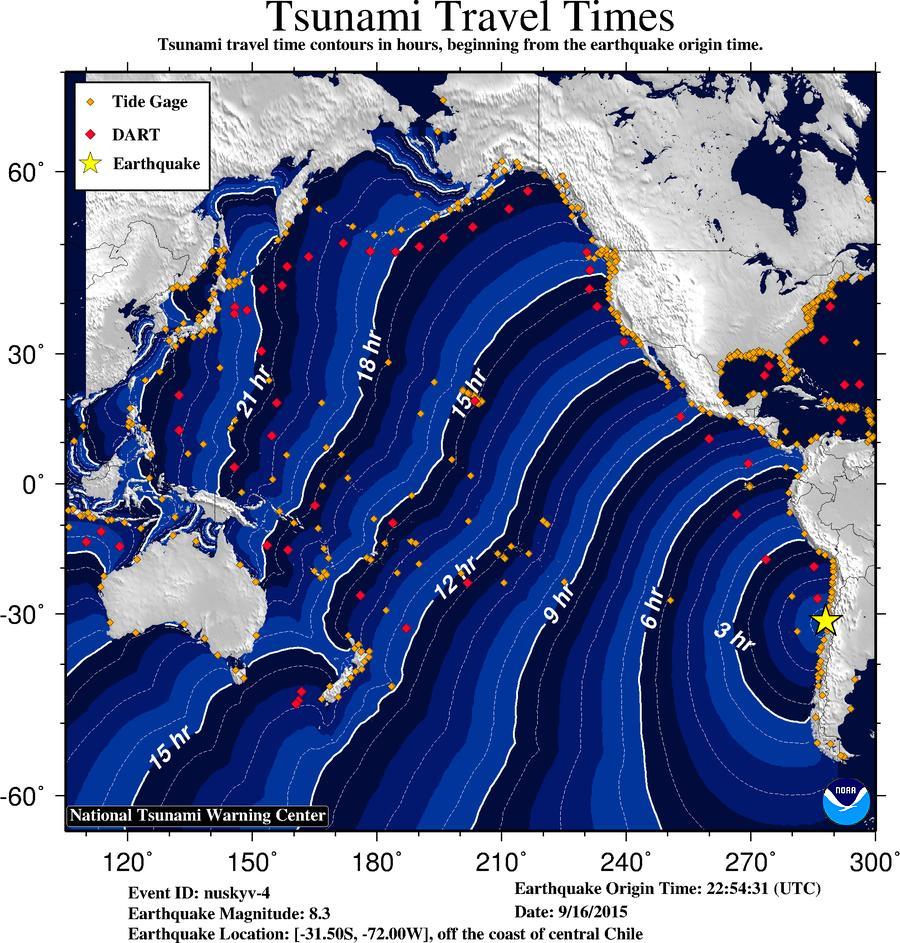 By Andrea Swayne and Allison Jarrell

Update 12:19 p.m.: The tsunami advisory has been canceled by the National Tsunami Warning Center. Some coastal areas may continue to see small sea level changes and ongoing surges.

“We took our boats out of the docks at around 3 a.m. as a precaution but plan on resuming service with our 10 a.m. fishing trip,” Kalez said.

Surges caused by tsunami waves hitting the harbor have been known to rock vessels causing them to knock into one another and cause damage to the aging docks. By 7:30 a.m. Thursday, visible wakes from the strong surging of water into and out of the harbor could be seen, most notably near the harbor mouth. The water movement is expected to last for several hours.

No evacuations have been ordered, but officials are asking people located in these coastal regions to leave the beaches, harbors and marinas. Areas included in the advisory should not expect widespread inundation.

The advisory is the result of a preliminary magnitude 8.3 earthquake that occurred off the coast of central Chile at 3:55 p.m. PDT. Officials estimate tsunami conditions will hit Newport Beach around 4:46 a.m. on Sept. 17 and the Los Angeles Harbor about a minute later.

A tsunami advisory means that a “tsunami capable of producing strong currents or waves dangerous to persons in or very near the water is expected or is already occurring.”

The tsunami advisory will remain in effect until further notice. This story will be updated as more information is available.

The National Tsunami Warning Center website can be found online at www.ntwc.arh.noaa.gov. The Orange County Emergency Operations Center’s public information hotline is now open for calls about the tsunami at 714.628.7085.