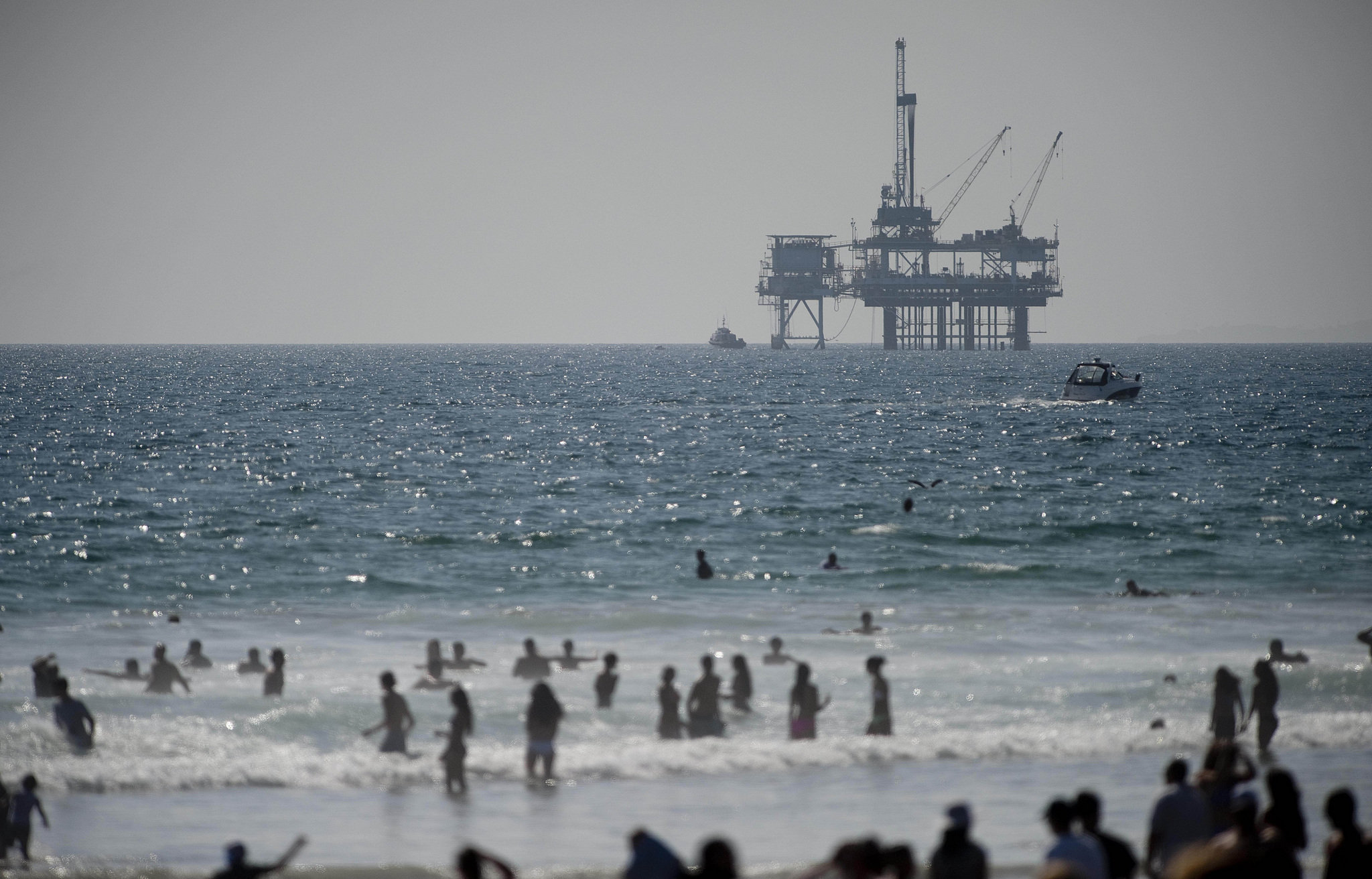 Zinke, in a meeting with the press, said his plan would put “more than 98 percent of undiscovered, technically recoverable oil and gas resources in federal offshore areas available to consider for future exploration and development.” As things stand now, 94 percent of those resources are off-limits, he said.

This proposal, which lifts a ban on offshore drilling in the United States placed by President Barack Obama near the end of his term as well as opens up leasing off the California coast for the first time since 1969, faces an uphill battle before it would result in actual leasing.

Pacific coast state governors announced their united opposition to re-opening the Pacific coast to offshore drilling in a joint-statement.

“They’ve chosen to forget the utter devastation of past offshore oil spills to wildlife and to the fishing, recreation and tourism industries in our states,” said the Democratic governors. “They’ve chosen to ignore the science that tells us our climate is changing and we must reduce our dependence on fossil fuels. But we won’t forget history or ignore science.”

“Nothing galvanizes bipartisan resistance in California like the threat of more offshore drilling,” Bochco said. “We’ve fought similar efforts before, and we will fight them again.”

Savage explained that although the 380-page program outlines two areas to be opened for lease off the Southern California region in 2020, those areas have yet to be specifically defined. “There are already over a dozen marine protected areas in Orange County,” Savage said, “with all the ways that the ocean is valuable in Orange County, the potential impacts would be profound.”

Opening up new oil exploration leases requires the completion of an extensive environmental review, which could take a year or longer. States such as California also have some power to thwart Zinke’s program.

Zinke said any new oil leases must first undergo environmental review and would not be exempt from the National Environmental Policy Act. He also noted it was a draft proposal that could change after public input.

For example, one week after announcing this leasing proposal, the state of Florida was struck from the list of possible coastal drilling zones.

“President Trump has directed me to rebuild our offshore oil and gas program in a manner that supports our national energy policy and also takes into consideration the local and state voice.” Zinke said in a media hearing. “I support the governor’s position that Florida is unique and its coasts are heavily reliant on tourism as an economic driver. As a result of discussion with Governor [Scott] and his leadership, I am removing Florida from consideration for any new oil and gas platforms.”

After hearing the news about Republican-governed Florida, Rep. Adam Schiff, D-Calif. Took to Twitter, asking whether there are different rules for blue states like California.

“Dear Secretary Zinke, California like Florida, has hundreds of miles of beautiful coastline and a governor who wants to keep it that way. Or is that not enough for blue states?”

A 1972 federal coastal act gives California extensive input on federal actions along the coast, including the granting of federal oil leases, from which the California Coastal Commission could oppose offshores leashes.

California largely controls coastal waters up to three miles off the coast. Beyond that, much of the control switches to the federal government under the federal Coastal Zone Management Act. States still have some input over what happens in federal waters, but it’s not an absolute veto.

leadership, I am removing Florida from consideration for any new oil and gas platforms.”

You can view the BOEM draft proposed program at www.boem.gov/NP-Draft-Proposed-Program-2019-2024/ .