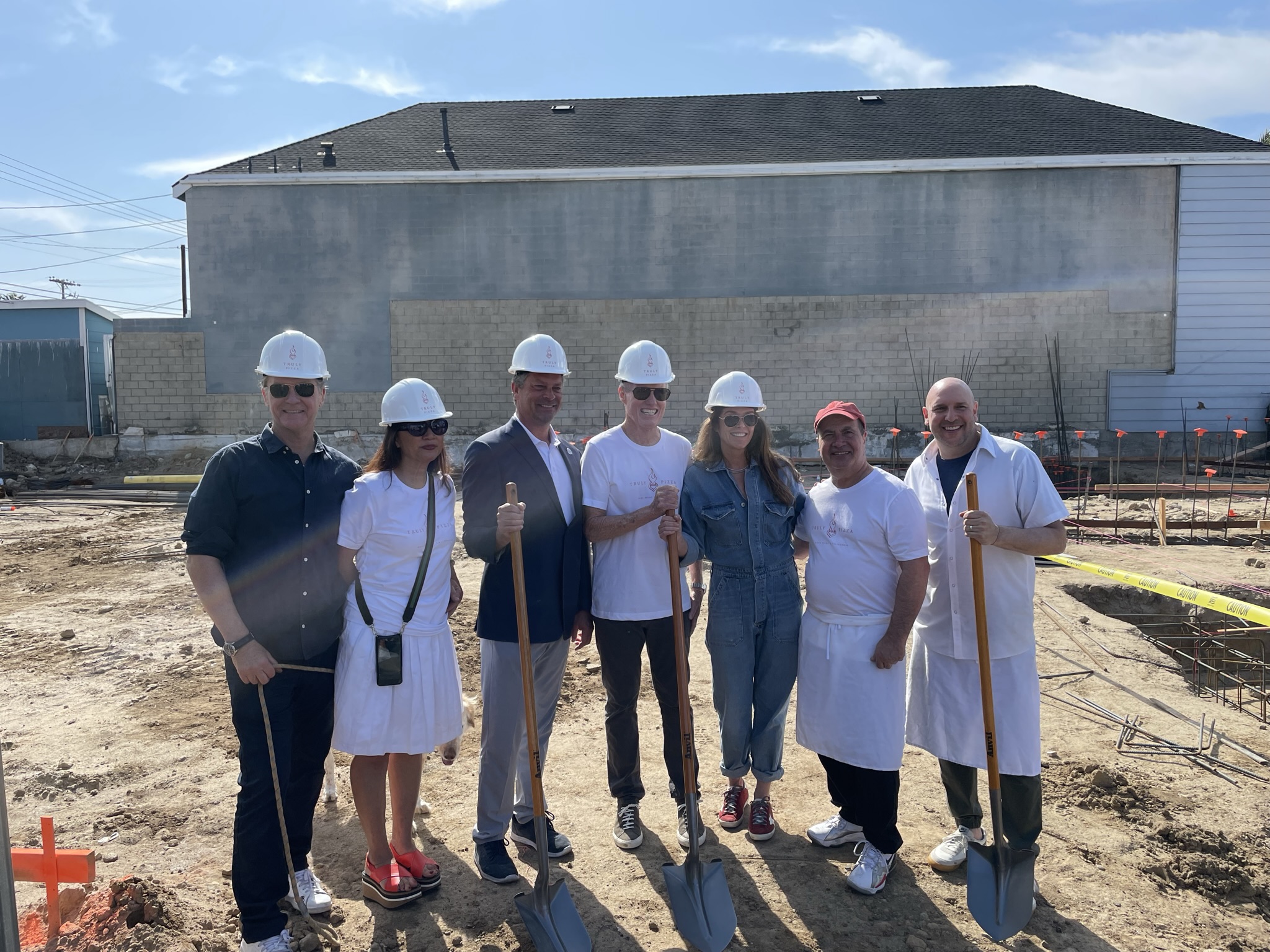 Truly Pizza, which started as a dream among friends bringing together a mutual love of pizza, will soon be a reality. The hand-crafted pizza restaurant is set to open in the Lantern District later this fall.

Owners Donna Baldwin, John Arena, Steve Muller and Chris Decker had joked for years about “maybe one day” opening up a pizza restaurant.

They wanted to combine Arena’s extensive skills as a third-generation Pizzaiolo, Muller’s real estate development experience, Baldwin’s background in hospitality, and Decker’s involvement with World Pizza Champion—a collaboration of professional pizzamakers of which Arena is also a team member.

“We just said, ‘Let’s do something where we can go every day and just enjoy our friends and family, meet new people and have great food,’ ” Baldwin said. “So, it kind of started like that and went on.”

Arena and Decker’s hand-crafted, Sicilian-style dough is baked with a unique, five-day fermentation and French baking technique, “which makes it light and airy crust,” Baldwin said.

The ingredients are all farm-to-table and locally sourced, according to Baldwin.

“The way our guys do the ingredients is not necessarily ‘more is more’ or ‘less is less,’ but what sort of combination suits each other,” Baldwin said. The pizzas “are almost like a piece of art, they’re so beautiful.”

“I think that makes us a little bit unique that we’re doing artisanal pizzas,” Baldwin added. “I want to humbly say, come just try it and see what you think.”

The new restaurant, which will be located on Del Prado Ave. in the Lantern District, will include a bottom floor offering takeout, with a walk-up counter for patrons to grab to-go orders.

There will also be an outdoor garden with intimate seating, lemon trees and Tiffany lighting complementing the ambience, so you feel like “you’re at home sitting behind gardens,” Baldwin said in description.

On the second floor, the restaurant will serve charcuterie, wine and beer around a fireplace, with limited seating.

“It’s very much a walking street, so it’s going to be quite nice,” Baldwin said. “There are so many great places going up along there, and that’s another thing we’re super excited about, because we want to (collaborate) with other chefs in town and other restaurants. So, we’re super excited about all the other development going on down that street.”

Along with chef collaborations, the owners of Truly Pizza hope to build philanthropic relationships with the community. Truly Pizza plans to have menu items designated toward charitable organizations.

One fundraising opportunity in the works would be a pizza on the menu meant to benefit Pet Project Foundation, as all proceeds from the sale of that pizza would go toward rescue dogs.

“We’re really big on charitable foundations, so we’re going to do a lot of special events along with that, and probably our grand opening will have some sort of charitable donation or charity associated with it,” Baldwin said.

“The foundation for Truly Pizza is just building relationships with the community,” Carroll said. “So, just already kind of laying the groundwork for establishing ourselves as a hub for bringing folks together.”

“At the heart of every pizza, which I love so much … I find that there’s a sense of community,” Baldwin said. “You can sit around and just share a pizza.”