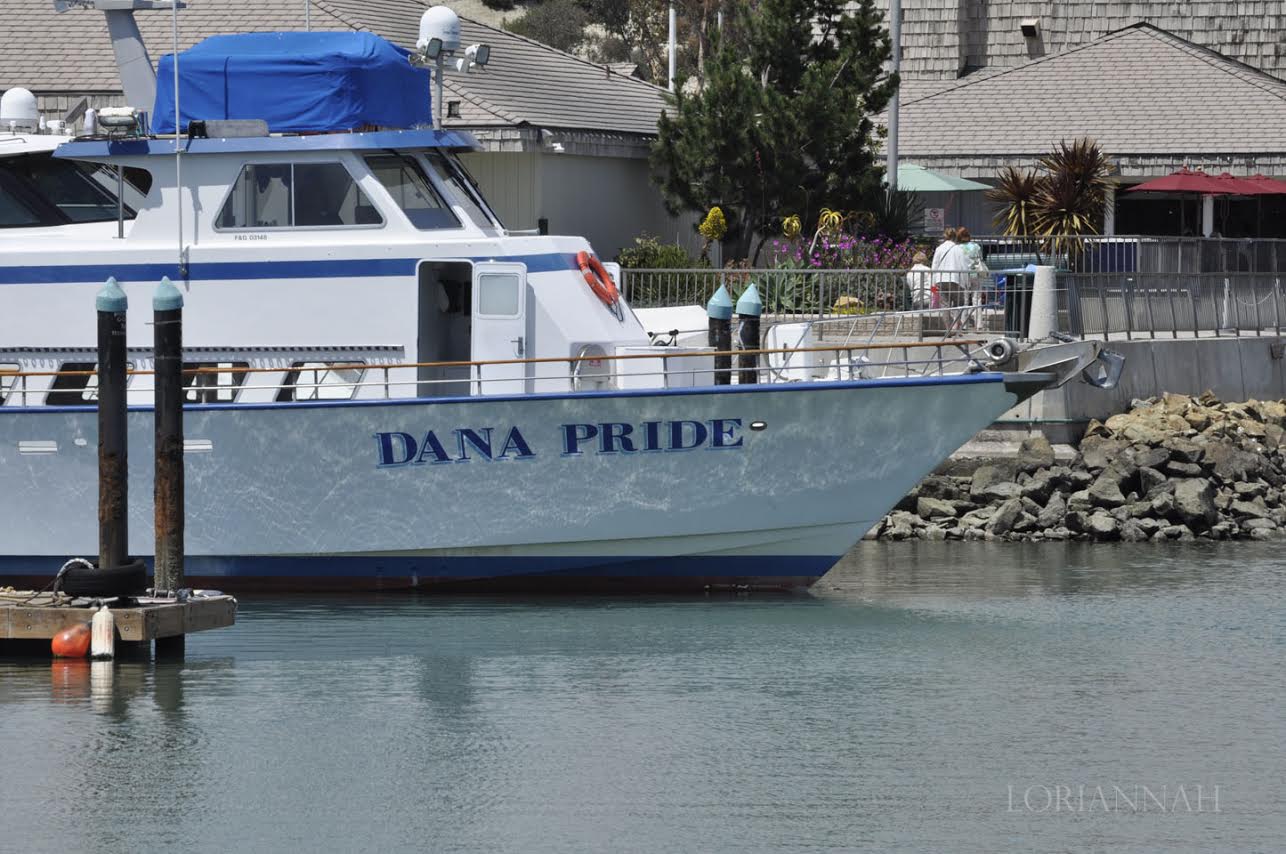 Troubled Waters: Sportfishing and Whale Watching Companies Could Be on the Hook for Expensive Regulations

Sportfishing and whale watching operators—in both the Dolphin and Whale Watching Capital of the World and throughout the California coastline—say that state-proposed emissions regulations will put them out of business by 2023.

After more than a year of COVID-19-related hurdles, members of the industry assert that the California Air Resources Board (CARB) is calling for requirements on sportfishing and commercial vessels that are not feasible. In a show of support for businesses such as Dana Wharf Sportfishing & Whale Watching and Capt. Dave’s Dolphin and Whale Watching Safari, Dana Point City Council voted on Monday, Aug. 12, in a special meeting to oppose the regulations unless amended.

The proposed new rules for sportfishing operators would require upgrading to the cleanest available engine by 2023, plus use of a retrofit diesel particulate filter by 2026. Diesel boat engines and exhaust are rated on a tier scale from 1-4 based on how much emissions they generate.  Most engines now are at Tier 3, but by 2023, CARB is requiring all commercial passenger boats have a Tier 4 engine.

“This ruling could put us out of business,” said Donna Kalez, general manager of Dana Wharf. “We’ve been the longest-running business in the (Dana Point Harbor). For the past 20 years, we’ve been repowering our boats to meet emissions standards.”

Dana Wharf has 17 boats within its fleet. The proposed CARB regulations would eliminate 80% of the fleet, according to Kalez.

“We employ 50-75 employees, and we take out over 50,000 visitors annually on our whale watching and sportfishing boats. Our (industry) is a huge economic driver for the city,” Kalez said.

Dana Wharf has worked with Fish for Life, a nonprofit that teaches children with special needs how to fish, in addition to groups including the Dana Point Fifth Marine Regiment and Friends of Rollo.

“Our sportfishing and whale watching boats do a lot of donated trips,” Kalez said. “Everything we do for the community, school field trips, Santa boat rides, you name it … would halt.”

According to a presentation by the Sportfishing Association of California, sportfishing and whale watching are important economic contributors for Dana Point, drawing tourists from around the world, supporting local jobs and contributing to making Dana Point a vibrant world-class place.

A representative for CARB hadn’t responded for comment at the time this story was published on Thursday, Aug. 12.  However, according to the agency, commercial fishing boats and passenger fishing boats are listed as vessels that cause the most air pollution.

“While CARB’s desire is to reduce emissions through cleaner burning engines, there is concern the regulations will place an undue burden on family-owned boating operations. The regulations would affect the vast majority of sportfishing and whale watching vessels, potentially taking the vessels out of service,” said SAC Executive Director Ken Franke on Monday.

Vessels able to undergo a retrofit with DPFs will face new safety concerns due to the weight and size of the equipment, and because of the nature of the equipment, they may face unexpected equipment failure while out to sea with passengers, according to the SAC presentation.

Franke added that the technology CARB is calling for does not exist. In a California State University Maritime Academy analysis of the proposed regulations, it found that Tier 4 harborcraft engines “do not exist,” would require massive/ bulky diesel particulate filters (DPF) that would require reconstructed hulls and potentially threaten vessel stability.

“We’ve started a coalition, but the bottom line is we are going to need a lot of support from the coastal communities,” Franke said. “This is going to have a very serious effect. … CARB staff have already said most fiberglass and wooden boats are going to need to be replaced—that’s every single commercial passenger boat in your harbor.”

During the public-comment portion of the agenda item, Hoiyin Ip pointed to data on Orange County’s air quality, representing the Sierra Club

“Marine engines, not subject to the same emission controls as cars, produce so much carbon monoxide that, on calm days, invisible clouds of the odorless gas can form in the open air,” Ip read aloud. “Swimmers, boat passengers—possibly dockworkers and passersby—can be exposed to doses big enough to cause dizziness, unconsciousness, even death.”

But Mayor Pro Tem Joe Muller opined that the new regulations were an example of government overreach and that the Chronicle article was being used as a fear tactic.

“This thing was put together quickly without any thought into what the ramifications would be,” Muller said. “Let’s start with who these businesses are. Small sportfishing and whale watching companies are more concerned with the environment than most. Their concern for the ocean, water and air quality has to be wrong; otherwise, we don’t get the kind of marine life that we have here.”

Kalez’s father, Don Hansen, is credited with being the first to offer whale watching in Orange County. Hansen began taking whale watchers out to sea off the San Clemente Pier in the 1960s as a side venture to his fishing business. In 1971, he founded the first whale watching company in Dana Point, and Dana Wharf Sportfishing & Whale Watching became the first business in Dana Point Harbor. Kalez and her brother, Mike Hansen, took over the business in 1994.

Capt. Dave Anderson had been living aboard his sailboat in Dana Point in 1995, when he first had the idea to start taking passengers out to see whales and dolphins. Over the course of five years, he used his camera footage to create an award-winning documentary, Wild Dolphins & Whales of Southern California. His wife, Gisele Anderson, is the Vice President of the business.

Dana Point waters see about 40-50 whales passing through daily during peak migration season. The migration of the gray whale begins in December and continues through March, as they travel from feeding grounds in the Bering Sea to warmer waters in Baja, where calves are born.

Experts believe gray whales travel so closely to the Dana Point shoreline, because the Dana Point Headlands serve as a landmark for their journeys. The abundance in sightings inspired the annual Festival of Whales, the longest-running celebration of the gray whale. The festival celebrated its 50th year in March.

Kalez and Gisele Anderson teamed up to market Dana Point as the Dolphin and Whale Watching Capital of the World. On July 18, 2018, they filed for their first trademarks. Their efforts continued on, and the duo successfully earned Dana Point the designation as a Whale Heritage Site earlier this year.

The city is now officially the first Whale Heritage Site in the Americas, as established by the World Cetacean Alliance (WCA), the world’s largest marine conservation partnership.

The WCA is an organization that promotes safe and sustainable whale watching. A Whale Heritage Site is defined by the WCA as “an outstanding location where cetaceans (whales, dolphins, or porpoises) are embraced through the cultural, economic, social, and political lives of associated communities, and where people and cetaceans coexist in an authentic and respectful way.”

“These are two organizations that compete in the market. But they came together to earn the trademark, because they understood the value in operating side by side,” Muller said. “When I see things like this and I watch people in Sacramento … I can see why they think this is a good idea. Air quality is important to all of us, but at what cost?”

Muller made a motion for the city council to vote to oppose the regulation unless amended and send a letter to CARB reflecting the council’s position.

“If one of the main tourist attractions in the city is taken away, and we haven’t done anything to help them, then I think we’ve done a huge disservice to the community,” Muller said.

“I am all for clean air. I think we all are. I don’t think you need to be in favor (of these regulations) in order to support clean air,” Federico said. “At the end of the day, at a time where our governor is advertising a $78 billion surplus, where is the money to help these small businesses comply and improve their engines? If this is so important to Sacramento, put your money where your mouth is. They should have found the money to help provide these engines and finance new boats.”

Councilmember Mike Frost alluded to how other upgraded products are implemented through rollouts, arguing that vessel engines should be similar.

“Like furnaces … we don’t make everyone in Orange County get a new furnace. As you get a new furnace, it has to be upgraded and meet air quality standards,” Frost said. “It does seem a little bit perplexing to me that all of a sudden we take one small business group, and they have to change everything out.”

Regardless of affording the engines, Franke stated that the proposed equipment to be required by CARB is not something that would fit on most of the commercial boats in Dana Wharf’s and Capt. Dave’s fleets, and that the vessels would have to be replaced entirely. Franke added that he hoped to work with CARB in a collaborative effort to preserve small businesses and reduce carbon emissions.

“The governor had an executive order that started part of this. In that order, CARB was tasked with coming up with feasible recommendations that save emissions,” Franke said. “We think that that’s along the lines of what the amendment should be … that CARB work with the industry to develop feasible guidelines that can be implemented with the goal of reducing emissions and permit the industry to continue to obtain grant money to collaboratively replace equipment as new technology is developed. I think that solves it for everybody.”

Muller used Franke’s language to serve as the amendment recommended to CARB in his motion. Dana Point City Council approved the motion unanimously.

CARB Board members are scheduled to vote on this proposed regulation at a public hearing set for November 18 and 19, after a 45-day comment period set to begin on October 1.