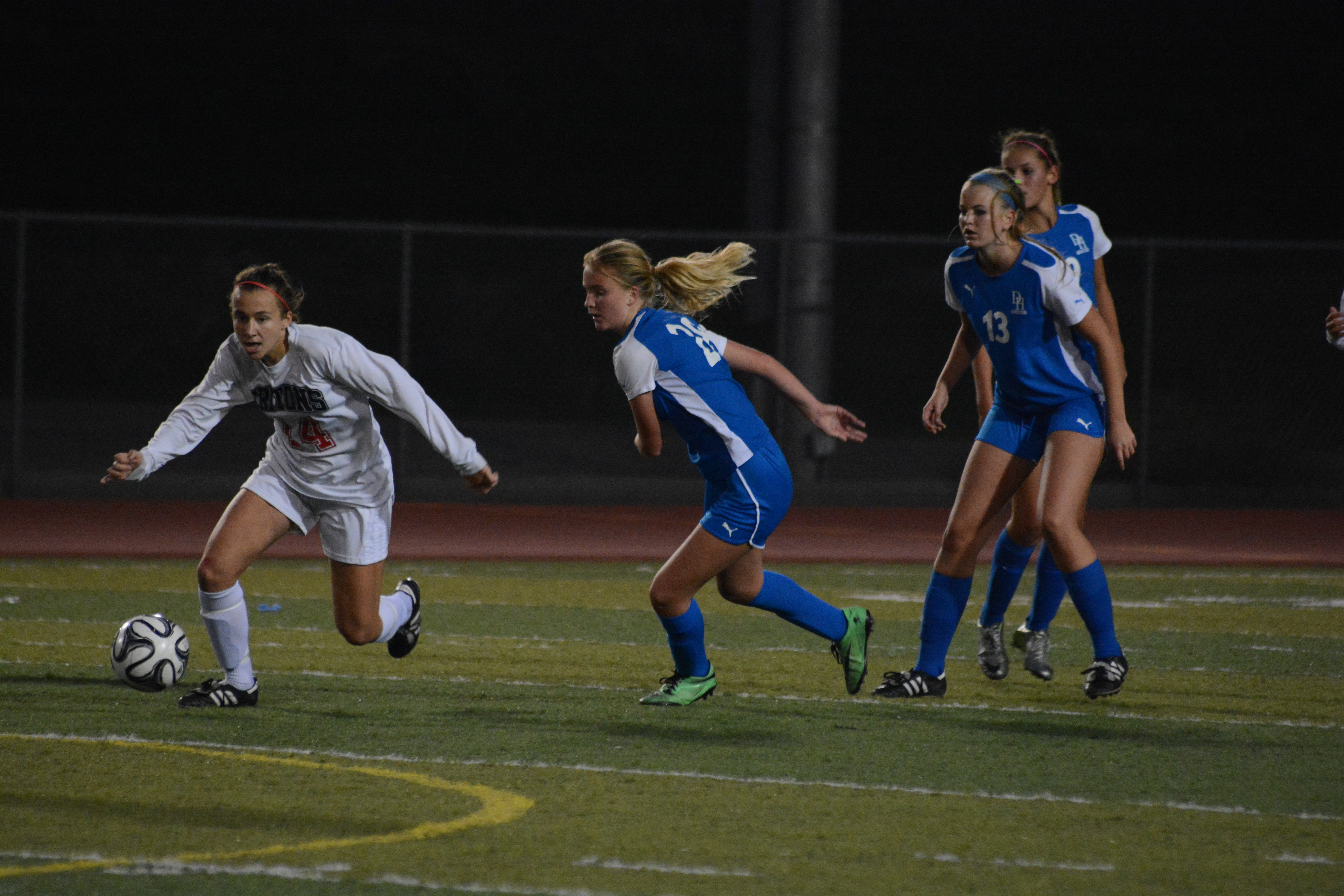 Tritons Put a Stop to Dolphins Momentum in 3-0 Win

The Dana Hills High School girls soccer team had been cruising along in South Coast League play, picking up back to back wins over Capistrano Valley and Mission Viejo, before traveling to play rival San Clemente on Jan. 21.

But the Dolphins could not match the Tritons physicality, as San Clemente barnstormed their way to a convincing 3-0 victory on their home turf.

San Clemente (4-8-2, 2-2 league) pressed the Dolphins (8-7-1, 2-1) early and caused confusion off long throw-ins in the first 20 minutes. Following a long Tritons throw-in near the box in the 22nd minute, the Dolphins tried to clear a loose ball but instead, the effort found the foot of San Clemente’s Sophia Spralja, who buried home the put-back to take a 1-0 lead.

After anticipating another long San Clemente throw-in in stoppage time, the Dolphins crowded the box, which left Ellie Winkelmann unmarked on the wing. A short throw-in set up a wide open shot for the San Clemente striker, who sent home a curling shot into the back of the net for a 2-0 advantage.

Dana Hills did not have many chances in the match, but nearly scored in the first half when a cross was re-directed by freshman Reid Morrison across the face of the Tritons goal. San Clemente sophomore keeper Lauren Brzykcy made a fingertip save to deny the Dolphins their best chance.

Dolphins head coach Carrie Taylor said the Martin Luther King holiday threw a mini kink in the team’s momentum heading into the match and her team was not able to respond to the Tritons first-half scoring barrage.

“With the holiday, little bit of rust I think. We started the game kind of on our heels. San Clemente is very physical, we let them body us around a little bit in the first half,” Taylor said. “We’re a team, that if we score first, we can hold leads. If we give up goals, we have trouble coming back. In the first half we didn’t match their physicality.”

The Dolphins were set to play a pivotal league match against first-place Aliso Niguel on Jan. 22. Results were not available at press time.