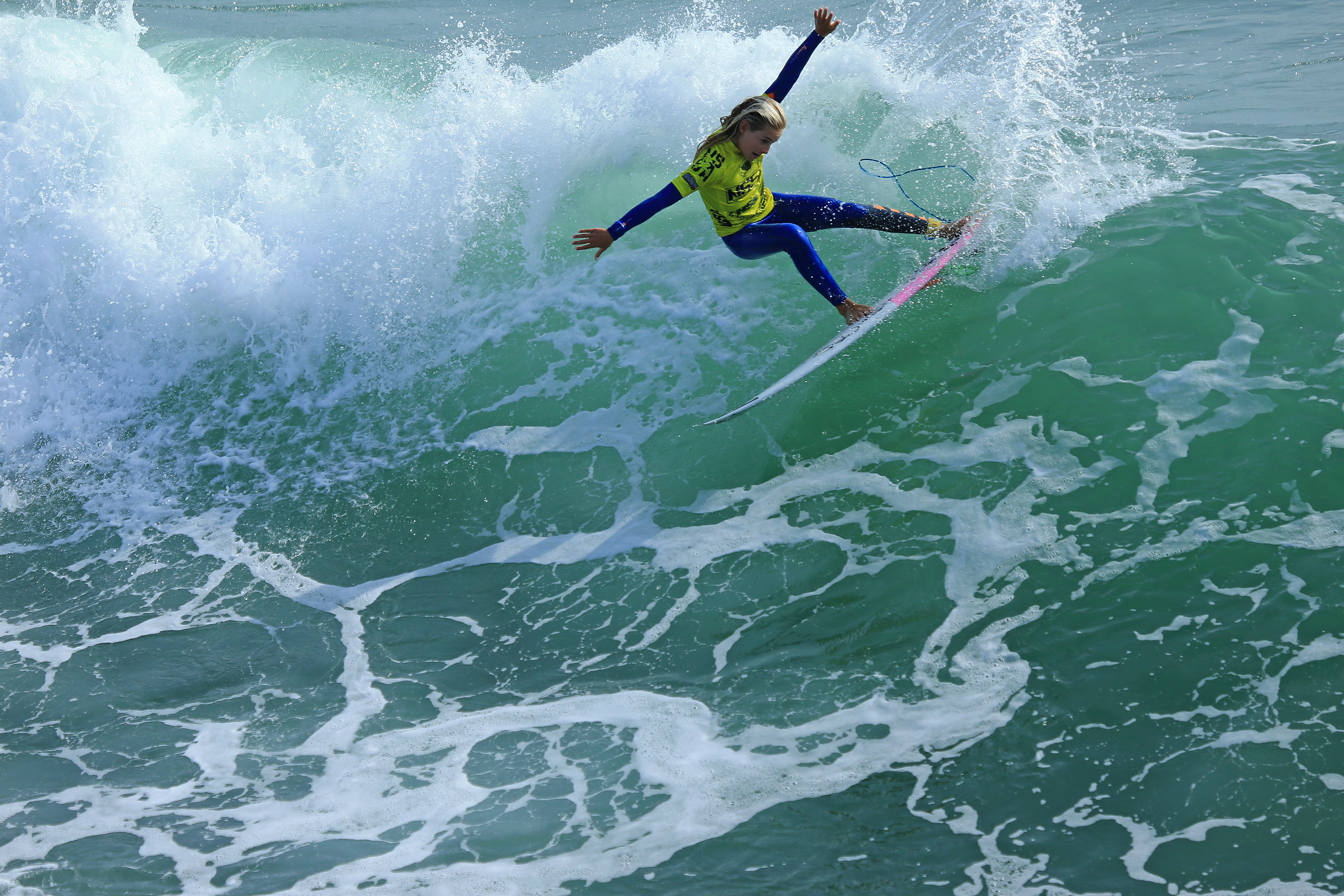 The National Scholastic Surfing Association Southwest Conference Open season came to a close at event No. 10, March 19 and 20 at the Huntington Beach Pier. Victories in three of five divisions and five of six season titles were claimed by San Clemente surfers.

The sandbars and swell were working, delivering consistent surf in the chest-high range with occasionally larger sets, setting the stage for a slew of great performances by local groms.

Jett Schilling cemented a season conference title in Boys with a convincing win, secured with a near-perfect 9.17-point ride in the final. Schilling also earned a fourth-place Juniors division trophy.

Samantha Sibley also made the event trophy round in two divisions, with a win in Girls and a third in Women. In both divisions, she turned in a string of scores in the excellent range, including an impressive 9.67-point wave in her Women’s semifinal heat.

Although not at the event, Kirra Pinkerton claimed the Girls division season champ title, and the season winner in Women was Tiare Thompson (La Jolla).

Dane Matson took the Mini Grom division win—his second consecutive victory and fourth for the season—along with the division conference title. The season title was his first in NSSA competition.

“It was a battle to the finish between the top three Mini Groms, Dane Matson, Cole McCaffray and Hayden Rodgers,” Janice Aragon, NSSA executive director said. “It came down to whoever won the final event of the season. Dane pulled it off … and what was pretty awesome is that he won the final on a clutch, buzzer-beating wave. He needed a high score and ripped a wave that posted an excellent 7.83 to clinch the victory and the conference title.”

Event No. 10 top honors in both Men and Juniors went to Eithan Osborne (Ventura). And although Kade Matson was traveling in Australia and did not attend this final regular-season event, his impressive string of season wins was enough to hold on to season titles in both divisions.

“The level of competition is always at such a high level in the Open Season,” Aragon said. “The kids continue to push the limits of performance and it’s always so fun to watch them. I can’t wait to see what the Southwest kids bring to this year’s Nationals.”