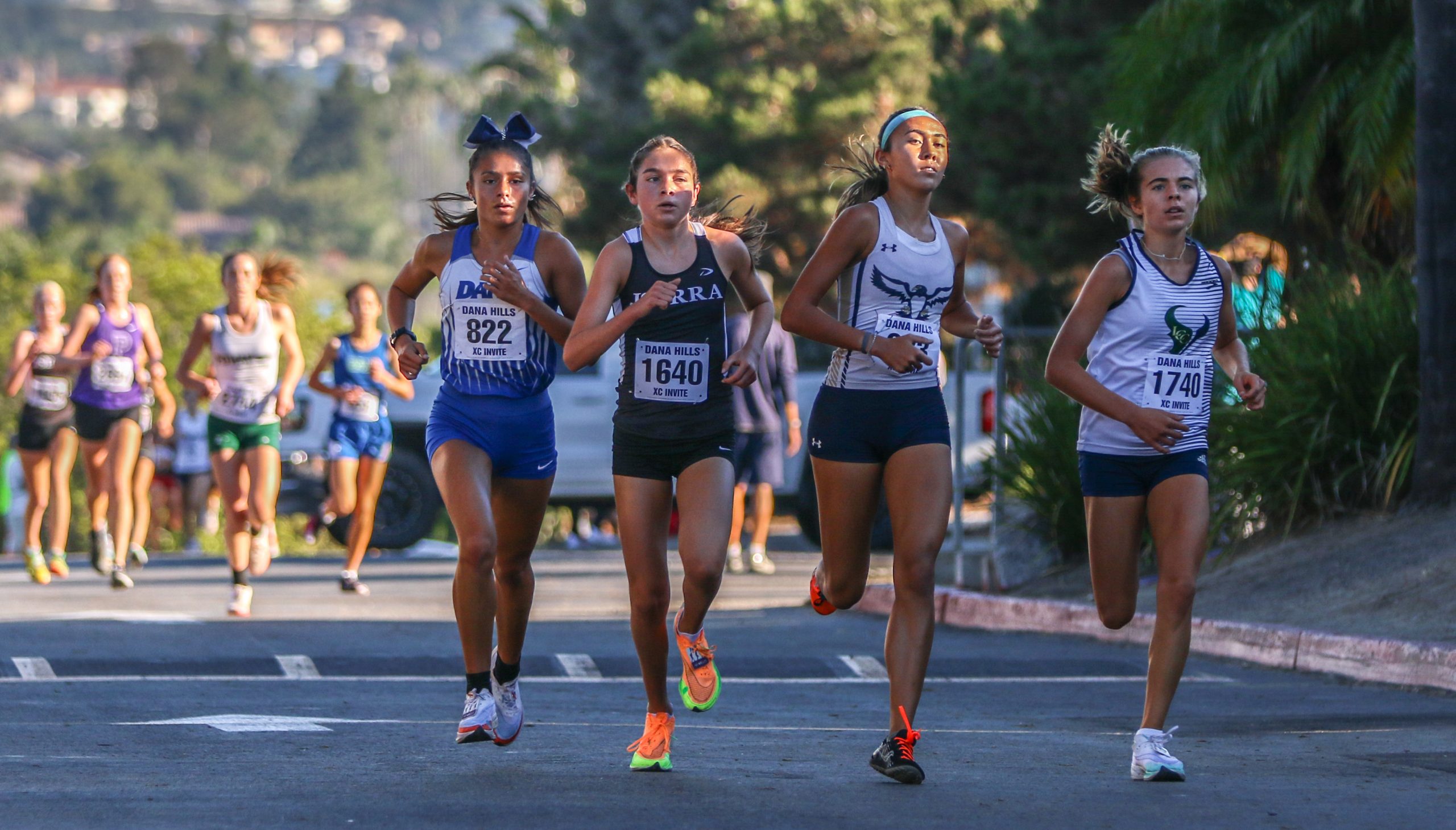 Both the boys and girls Dana Hills cross country teams entered the CIF-SS postseason ranked No. 1 in Division 3, and neither group of Dolphins did anything to weaken that position in the preliminaries on Nov. 12.

Both Dolphins teams won their prelims heats with ease to qualify for the CIF-SS Finals back at Mt. San Antonio College this Saturday, Nov. 19.

Dana Hills is looking for its first boys CIF-SS championship since 2009, and the Dolphins girls are seeking their first CIF-SS title since 2008, when both the boys and girls won the Division 1 championship. Unlike some other sports, CIF-SS division placement has nothing to do with quality, but it is based on school population.

Dana Hills senior Allura Markow won her heat to pace the Dolphins with the third-best time of the four Division 3 heats at 18:24. Dana Hills placed all five scoring runners in the top 15 of the heat and posted the best team time in Division 3.

The Dana Hills boys finished with the fourth-best team time in Division 3, with sophomore Evan Noonan again leading the way in second place at 15:54. Including Noonan, the Dolphins placed four runners in the top eight, with Garrett Woodruff in fifth (16:25), Logan Harris in sixth (16:25) and Jack Jones in eighth (16:36). Josh Chernekoff rounded out the group in 17th at 16:53.