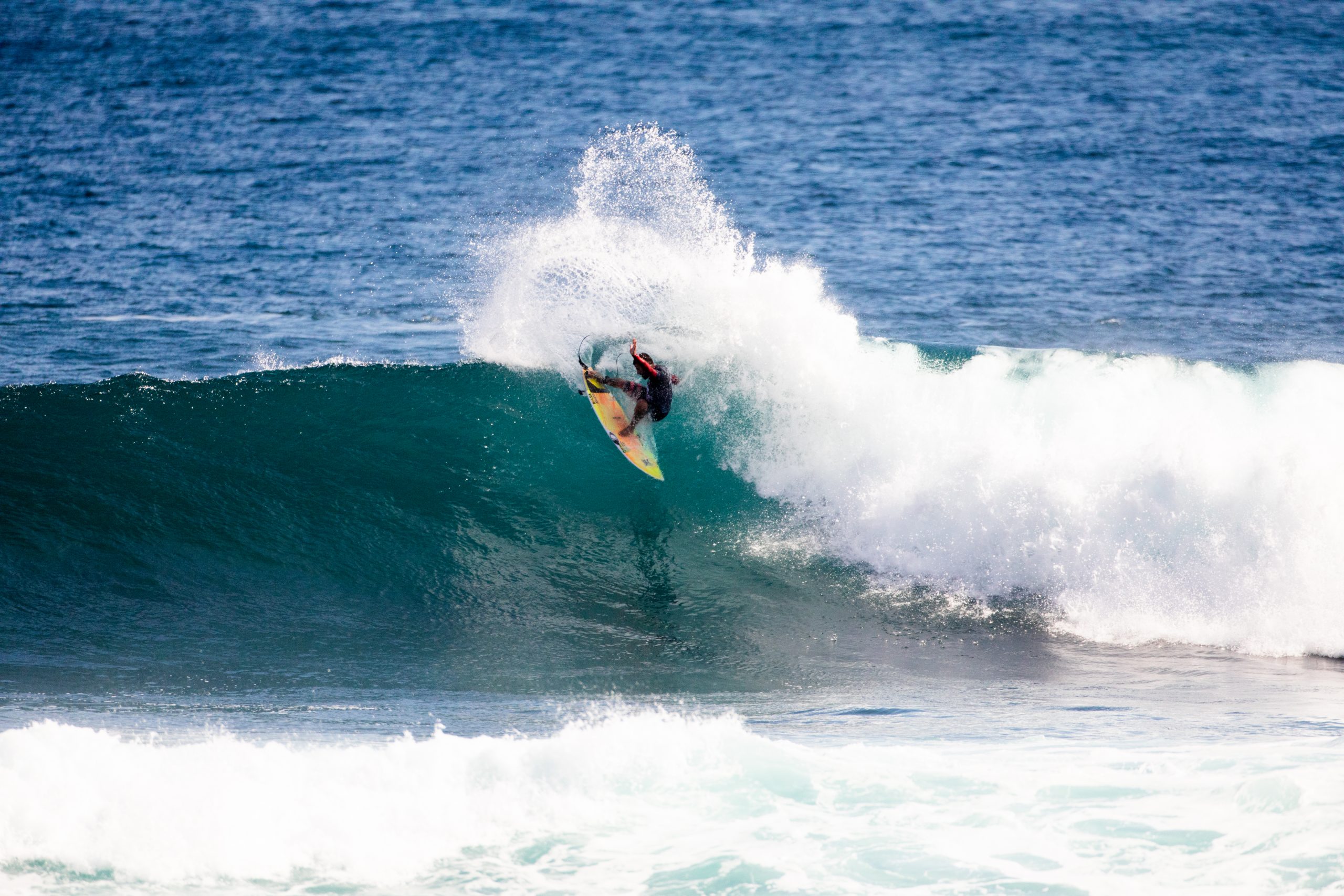 It had been a couple years since Filipe Toledo won a WSL Championship Tour event. In fact, the last time he hoisted a trophy above his head was his 2019 win in Rio.

But last week, the Brazilian surfer, who now calls San Clemente home, took out the Boost Mobile Margaret River Pro in Western Australia, beating South African Jordy Smith, who has also kept a residence in town for some years, in a heated battle in the final.

“This has been a really fun week,” Toledo said. “There have been such amazing waves and amazing surfing from everybody, so to come out on top feels so good.”

“This one is for my son Koa,” he continued. “It’s his birthday today, and he asked me to win the trophy. I promised him I would, and I could not break the promise, so this one’s for you son; I love you.”

It was a quite a week for Smith, too.

“I had a good time today and was stoked to make it into a final for the first time in who knows how long,” Smith said.

For the women, Brazil’s Tatiana Weston-Webb took her first win of the season after besting seven-time world champion Stephanie Gilmore in a close final.

“Steph is one of the best surfers of all time and was always someone I looked up to so much, so it was incredible to come up against her in a Final,” Weston-Webb explained.

In the semifinals, Smith took out local hero Griffin Colapinto, who’d been enjoying a solid run through the event. Colapinto advanced out of the quarterfinals after two-time World Champion John John Florence was forced to withdraw due to a knee injury.

“Unfortunately, I hurt my left knee on the end section of a wave during my round 16 heat two days ago,” said Florence in a prepared press statement. “It’s not the same knee I dealt with last year, so that’s good, but with the Olympics coming up this summer, I’m going to focus on healing up and getting strong.”

Florence’s knee injury comes on the heels of San Clemente’s Kolohe Andino withdrawing from the entirety of the Championship Tour’s Australia leg due to a high ankle sprain. Andino has subsequently had surgery for the injury.

Both surfers have expressed that they’re hoping to be back in time for surfing’s Olympics debut later this summer.

Meanwhile, the plot continues to thicken regarding the Rip Curl WSL Finals, which will take place at Lower Trestles this September. The top five men and five women on the leaderboard at season’s end will have the opportunity to vie for the 2021 World Title in a one-day, winner-take-all day of competition at Lowers.

For the men, world champs Gabriel Medina and Italo Ferreira, who is supported by local shaper Timmy Patterson, front the pack, while Toledo has moved up into third, thanks to his Margaret River win.

Florence is currently in fourth, with Smith rounding out the top five. After back-to-back semifinal appearances, Colapinto is knocking on the door in sixth, with a very real chance of giving surf fans around here somebody for whom to cheer.

“This win will be a huge jump on the rankings for me, which I needed,” Toledo explained. “This tour is all about consistency, and if you’re not showing up in the Finals often, you won’t make that Final 5, and that’s my biggest goal for the year, to give myself that chance.”

For the women, four-time world champ Carissa Moore continues to control the race. Weston-Webb sits in second, Gilmore in third, and San Clemente resident Caroline Marks is in fourth.

The WSL Championship Tour will now head to Strickland Bay in Western Australia for the Rip Curl Rottnest Search event, which kicks off on May 16.