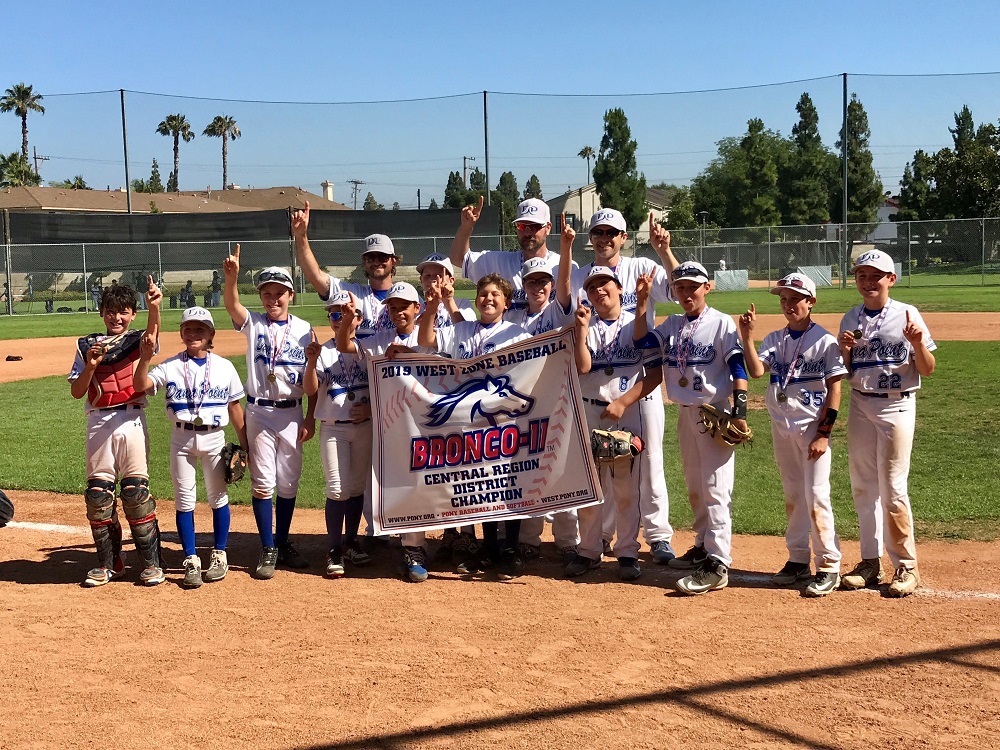 By winning the District title, the Tsunami advances past this weekend’s Sectionals directly to Regionals, which begin July 5 in Cypress.

“Last year, they made it to the finals of Sectionals and lost as a (Mustang) 10U team,” Tsunami Manager Trevor Blackann said. “Over the course of a year, they were able to grow together, come together and bring something back that hadn’t been done in recent memory, with a banner.”

In Orange County PONY baseball, which stands for Protect Our Nation’s Youth, Dana Point Youth Baseball is a smaller program that has had trouble finding success at the higher postseason tournament level against larger organizations from North Orange County.

The selects program has proven to be an early success in pushing DPYB into higher ranks, including this Tsunami team as Mustang 10Us last year that encouraged DPYB to expand the program this season.

“The coolest thing about playing in DP baseball is the small community we have,” Blackann said. “It’s just a really cool community. Most of these kids have grown up since T-ball together.”

It wasn’t an easy road in the District tournament, as the 11U Tsunami won three tight games at the Olive PONY Baseball Field in Orange.

Dana Point opened on Thursday, June 20 with a 9-7 win over Newport Harbor, followed on Saturday, June 22 with a 6-5 win over Irvine, then won the title with a 6-3 win over Olive on Sunday, June 23. Against Irvine and Olive, the Tsunami collected 10 hits from 10 different players in each game.

“So many parts are interchangeable,” Blackann said. “Twelve kids that can pitch, 12 kids that can hit, extremely well-rounded. They’re a cool group of kids. They’re pumped.”

If the 11U Tsunami advancss out of Regionals, which end July 9, the Bronco team would play on to Super Regionals on July 11, followed by the West Zone tournament on July 18 and, ultimately, the International World Series on July 26 in Virginia.

Dana Point Youth Baseball has another team looking to advance with the Mustang 10U team opening its District tournament on Saturday, June 29 in Los Alamitos.