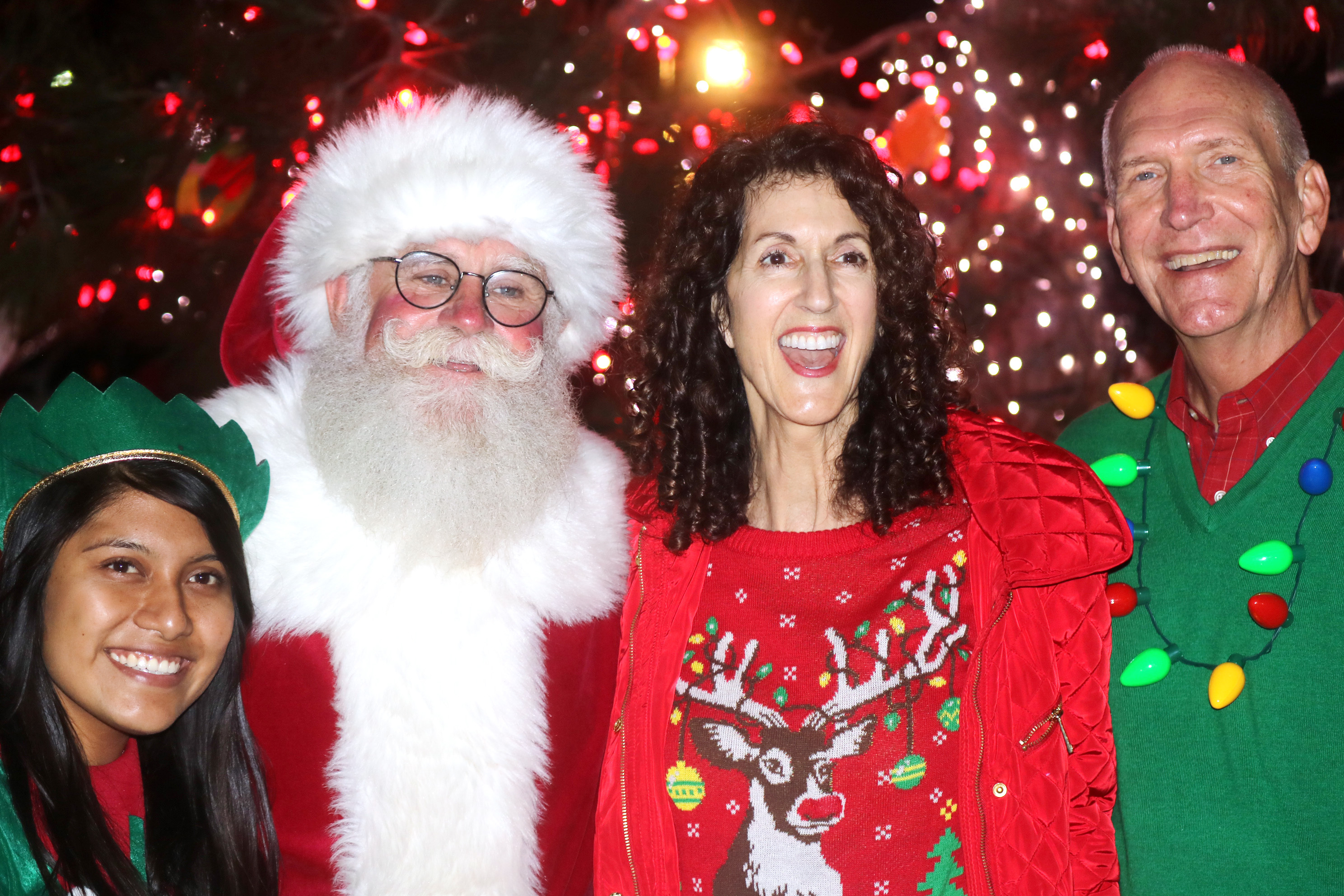 A customer drops off canned goods for donation at The Kings CLub during the holiday tree lighting at La Plaza Park on Dec. 2 . Photo: Daniel Ritz

This past weekend, Dana Point was inundated with holiday spirit as the city welcomed the season by-way-of tenured traditional events and promising new activities.

Mayor Debra Lewis and Mayor Pro Tem Paul Wyatt, along with a large contingent of city staff, did double-duty  holiday tree lightings at La Plaza Park in the Lantern District on Dec. 2, and Pines Park in Capistrano Beach on Dec. 4.

“It’s so wonderful to see everyone together. This (tree lighting at La Plaza) is always well attended, but because it is an all-day event, sometimes groups come at different times,” said Nancy Jenkins, arts and culture commissioner of the city of Dana Point. “It’s so nice to see Dana Point together as a family and in one place at one time.”

As youth gathered within the park doing arts and crafts, pony rides and photos with Santa, many of-age community members gathered at the businesses and restaurants surrounding the park.

Mike Swenson, owner and “The Barber” at The Kings Club, was closed for business, but had doors open for employees, family, friends and patrons to gather for a canned food drive to benefit Family Assistance Ministries.

Hundreds of families gathered to watch Elf on the lawn at Baby Beach within the Harbor for this free event.

Vlesydi Loveland, senior park ranger of South Coastal Operations for Orange County Parks, said even though the Merry Movie showing was in a competing time slot with more traditional events, she thought the Merry Movie event was a universal success.

More than 400 people attended the tree lighting at Pines Park on Dec. 4, including countless canine companions.

Just before lighting the Pines Park tree to conclude the city’s “official” ceremonies, Dana Point Mayor Pro Tem Paul Wyatt explained why each of these independent ceremonies is important to the city.

“Each neighborhood, each community has its own unique flavor, its own personality, but we’re one Dana Point,” said Wyatt. “We want people to know, that we know that, and we support them.”