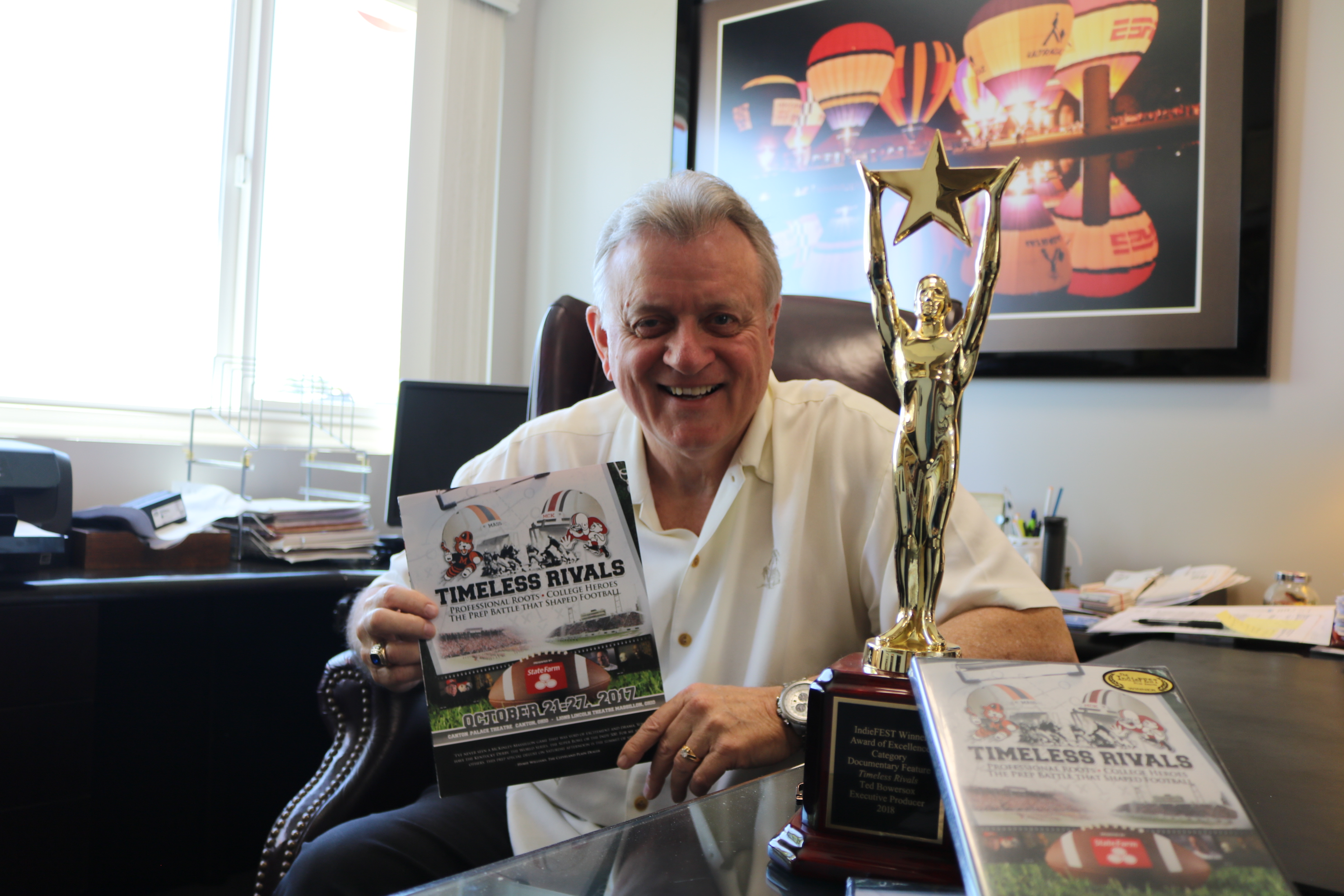 With Capistrano Beach and San Clemente High School alum Sam Darnold being drafted No.3 in the first round of this year’s National Football League (NFL) draft, South Orange County has been focused on the connection between hometown high school roots and career beginnings.

Ted Bowersox, a San Juan Capistrano resident who has been working in Dana Point for more than 40 years, shares his hometown high school football story of the original and most intense rivalry in football in his documentary film “Timeless Rivals.” The film recently won an award in the “Documentary Feature” category in the IndieFEST Film Festival in La Jolla, in addition to being shown on ESPN.

The film, set in Bowersox’s hometown of Canton, Ohio, next to the Pro Football Hall of Fame, chronicles the early days of professional football and the effect that the high school rivalry of the Massillon Tigers and the McKinley Bulldogs—who first played in 1894—has had on the game of football.

In “Timeless Rivals,” Bowersox and director Dave Jingo interview more than 55 people, equally from the two rival schools. This was important to Bowersox, who admitted to being nervous about his own bias showing in the film.

“It was important, and we were sure to tell both sides of the story, even if we were better” joked Bowersox, who attended Massillon.

Bowersox, knowing that Belichick was an NFL historian, reached out to him before a trip to New England to visit with the McDaniel family. Josh McDaniel, the New England Patriots’ offensive coordinator, is a McKinley graduate.

“Bill (Belichick), who is known as a subdued and quiet character, was candid and excited about speaking about the rivalry,” said Bowersox.

Later, after editing hundreds of hours of interviews and footage for the two-hour film, Bowersox said he was approached by ESPN. The national sports networked wanted to broadcast the film.

Bowersox said he remembers wondering how ESPN found out about his privately-funded passion project.

“They said Roger Goodell, NFL Commissioner, had requested it,” Bowersox said, admitting he was in shock about their response.

This rivalry, largely responsible for football as it is known today—including the invention of the face mask, playbook and football padding—was an important story to tell for Bowersox.

“This is the town I grew up in and to tell what it was like growing up in that atmosphere was a dream,” said Bowersox.

The Massillon versus McKinley high school game is now played in a renovated multi-million-dollar stadium which hosts a traditional game that signifies the commencement of the NFL season.

The only high school game to have a betting line in Las Vegas, Bowersox bets that “Timeless Rivals” has something for every football fan in America.

“Timeless Rivals” is available to purchase through PayPal.